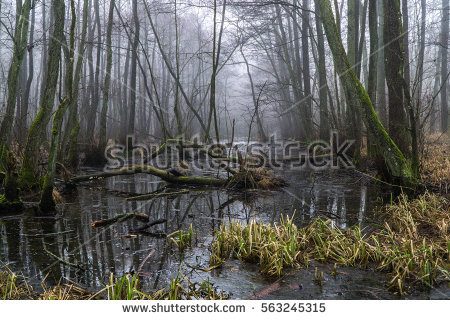 (Dec. 9, 2017) —  National Geographic teaches us that the growth and decay of swamp roots increase the accumulation of soil. The animals living in the swamp feed on fallen leaves and other material. The droppings of wildlife including animals, fish, and birds help fertilize the swamp. So it is in Washington – political animals, fish, birds, and plants living in a well-calibrated ecosystem dangerous to outsiders. President Trump has threatened the delicate balance of the established Washington swamp ecosystem and the swamp creatures are uniting to destroy him.

Swamp life and career politicians adapt to fluctuating water levels and weather conditions. Elections that destabilize the equilibrium are managed with absorption of the excess water and a return to the balance of nature that swamp life requires. President Trump has disrupted the status quo of political life in Washington and the establishment Democrat/Republican ecosystem is in total disarray and struggling to survive – they cannot resorb the water – they are desperate and determined to destroy the disruptor.

The current Mueller investigation is a joint effort of the Washington establishment to remove President Trump from office. Mueller’s “EPA” – Effort to Prove Anything – seeks to restore equilibrium to the corrupt political establishment. Political analyst Cliff Kincaid has written a superb article chronicling the troubling ascendance of Mueller.

Mueller, lauded as a non-partisan man of integrity by both Democrats and Republicans, has exposed himself as a primary swamp creature determined to destroy President Trump. So far Mueller’s “EPA investigation” into Russian meddling in the 2016 election has exonerated candidate Trump of any collusion and instead exposed former Secretary of State Hillary Clinton for actually colluding with the Russians to sell 20% of American uranium assets. No problem for swampster Mueller – in a move of stunning investigative overreach he simply expanded the scope of his witch hunt with a suspicious lack of opposition from Republicans. Currently the Mueller “EPA” is conducting an unauthorized, unrestricted, unlimited investigation into President Trump personally. Why?

It is always about the delicate balance of the ecosystem. President Trump promised America that he would grow the economy and drain the swamp to make America great again. Voters could finally see that career politicians like the Clintons, Pelosi, Obama, Bernie Sanders (the pretend socialist), Paul Ryan, and Mitch McConnell all came into office with very little and left as millionaires with full benefit packages guaranteed for life. Voters recognized that lawmakers were making laws that benefited themselves at taxpayer expense. They could see the lives of the politicians improving but their own lives deteriorating. Voters were no longer satisfied with the established political ecosystem – they voted for change. They voted to drain the swamp.

President Trump is keeping his campaign promises to grow the economy and drain the swamp, and the establishment politicians are going wild. Trump’s successes are making America great again even though the mainstream media refuses to report them. Instead the media focuses on Mueller’s “EPA” partisan, open-ended attempt to destroy, destabilize, and overthrow the government of duly-elected President Donald Trump.

President Trump’s America-first policies have done more to improve the American economy in one year than Obama’s did in eight years – this is no accident. President Trump unapologetically prioritizes the lives of Americans. He is putting America back to work to increase their personal wealth and individual independence. The Washington swampsters prefer Hillary’s unaware compliant public that can be controlled by their complete dependence upon the government.

President Trump’s extraordinary successes in reducing unemployment, increasing jobs, and passing tax reform has sent our economy soaring. Consumer confidence and the stock market is at an all-time high yet the self-seeking swamp creatures will sacrifice all of America’s gains to restore their own equilibrium. 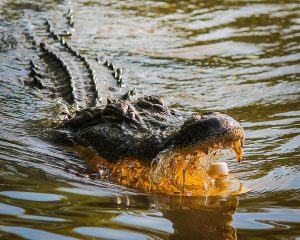 In the Washington swamp alligators and crocodiles live side by side. If the Mueller “EPA” investigation fails in its mission, the Dangerous Liaisons “DL” effort is being developed to take down President Trump. This is the way it works.

Sexual misconduct has always been an open secret in Hollywood and in Washington. Some of the misconduct is genuinely criminal – rape is a crime that must be prosecuted and punished. No means no. Some misconduct is pay-to-play in nature. The Hollywood/Washington casting couches exploiting the ambitions of actors, actresses, and political hopefuls – buyer’s remorse twenty years later is suspect and unseemly. These ambitious men and women chose to pay the price. Yes means yes. Then there is unsubstantiated ALLEGED sexual misconduct – the Washington swamp’s weapon of choice to bring down POTUS.

The first wave of destruction targeted both the genuine criminal sexual behavior of sexual predators and the pay-to-play variety of Al Franken, John Conyers, and Harvey Weinstein. The second wave of destruction is targeting and destroying political and entertainment careers and demanding resignations based entirely on allegations. Why?

The answer is the 2018 mid-term elections. The swamp establishment has only twelve months to invert the American standard of “innocent until proven guilty” and reset it to “guilty until proven innocent.” The cluster of political/entertainment resignations over unsubstantiated allegations of sexual misconduct is deliberate. Cliff Kincaid also discusses the willingness of the Democrats to sacrifice their own. 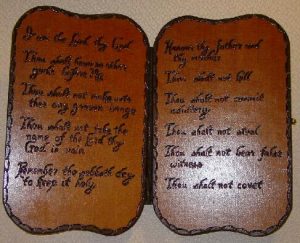 Consider the staggering dangers of accepting guilt by allegation. Any man, woman, or any political opponent can destroy the reputation and career of another by simply making false accusations. It is the dirtiest of dirty political tricks. Bearing false witness is so serious a crime that it is number nine on the list of Ten Commandments.

The current end-justifies-the-means joint political effort to topple President Trump is supporting the sinister “guilty by allegation” cultural inversion. Familiarity breeds acceptance. The alligators and the crocodiles are hoping that American voters will be so familiar with the new inverted standard that they will accept it and demand President Trump’s resignation based on false allegations of sexual misconduct. The voting public can expect hundreds of unsubstantiated allegations of sexual misconduct against President Trump in the next year.

The 2018 elections will determine the swamp’s future because without the required Democrat seats in the House they cannot impeach President Trump. Swamp creatures will do anything and everything including bearing false witness to restore the balance of their corrupt ecosystem. They will sacrifice their own. They will sacrifice American morality, principles, and the Constitution to restore equilibrium and the status quo. They will even sacrifice a dazzling growth economy to destroy the President.

President Trump must continue to drain the Washington swamp. We cannot allow the honorable American tradition of “innocent until proven guilty” to be sacrificed for the political appetites of the swamp creatures. We the people must reject the tyranny of the swamp’s “ends justify the means” policies. We the people must reject the feeding frenzy of the swampsters and shut down the Mueller investigation because it will eventually devour every principle of American democracy.

Feeding the Swamp: the Democrat Strategy for 2018 added on Saturday, December 9, 2017

One Response to "Feeding the Swamp: the Democrat Strategy for 2018"