FAR FROM BEING A THREAT, COAL CONTINUES TO BRING HEALTH, WELFARE AND PROSPERITY TO BILLIONS 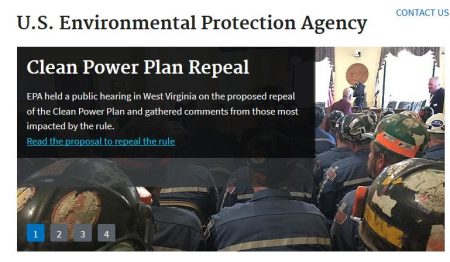 The New York Times reported that several groups also met at the University of Charleston to discuss the purported “environmental, health and climate benefits of reducing coal consumption.”

They apparently do not understand that the abundant, low-cost energy provided by coal laid the foundations of the industrial revolution and modern society. It provided power for trains that transported raw materials and factories that turned them into vital products.

In the twentieth century coal-fired power stations provided the reliable, inexpensive electricity that is the lifeblood of modern economies. It still does today.

The world has vast coal reserves. The USA alone still has a 380-year supply at current usage rates. It could be burned in modern clean power plants.

Sadly, in the Western world, radical environmentalists are working to shut down existing coal-fired stations and prevent new ones from being built. Meanwhile, hundreds of new coal-fired stations are being built annually in the rest of the world, to power expanding economies and bring improved health, welfare and prosperity to billions of people who until recently had no access to electricity.

Developing countries must build new coal-fired stations to provide their poverty-stricken populations with reliable low-cost electricity. But environmentalists have convinced international development banks that coal is evil and persuaded the banks to squander vast sums on expensive wind and solar power that keeps a few lights burning a few hours a day.

For commercial and industrial development, hospitals, schools and families, developing nations need abundant, continuous, low-cost electricity. In many cases, coal is by far the best option.

So why is coal vilified? It is because of the mistaken belief that man-made carbon dioxide (CO2) is causing dangerous global warming. Indeed, coal stations are a major source of CO2 emissions. However, this climate change connection rests entirely on the output of computer models that are programmed to predict warming if CO2 increases. The models assume what they are supposed to prove!

Models are “tuned” to give the results desired for political purposes, he explained. “This is not science!”

Yet, the benefits of increasing atmospheric carbon dioxide – the only gas controlled by the Clean Power Plan – are clear. CO2 is essential for plant growth. Center for the Study of Carbon Dioxide and Global Change expert Dr. Craig Idso told the Houston audience, “The entire terrestrial biosphere is reaping incredible benefits from an approximately 40% increase in atmospheric CO2 since the beginning of the Industrial Revolution.”

If it were true that man-made CO2 caused dangerous global warming, the best option would be nuclear power that is proven, safe and environmentally friendly. But environmental extremists claim that nuclear power is too dangerous, even though the only recorded deaths from nuclear power generation occurred at the obsolete and mal-operated Chernobyl station in Ukraine.

The next best option is natural gas. This has been spectacularly successful in the United States, and hydraulic fracturing is producing abundant supplies of this vital fuel. Yet, despite its excellent safety record, activists violently oppose fracking.

Instead, they push wind and solar power that exist only because they are heavily subsidized, and their health and environmental impacts are ignored. The huge expansion of wind and solar power has massively increased electricity costs because of subsidies, mandated purchases and the high cost of providing backup power whenever the wind doesn’t blow or the sun doesn’t shine.

Reliability is also a problem, especially with wind power. For example, extensive blackouts occurred recently in South Australia when their wind power went offline in a gale and so overloaded the backup supply that it also shut down.

Few people understand that the war against coal is actually a war against people and a cleaner environment.

Modern highly efficient coal-fired power plants with stack gas cleanup – the kind that can be built all over the world – are as clean as they can be. Their emissions consist of water, CO2 and nitrogen. The stack gas cleanup removes virtually all the real pollutants, especially sulphur dioxide and nitrous oxides.

The only pollution left behind is coal ash, which freezes pollutants in its glassy matrix and can be stored safely in disposal facilities.

The USA is not building modern coal-fired power plants because EPA regulations set allowable CO2 emissions per megawatt of electricity far below what can be achieved using the best technology. If it had been set slightly higher – or better still, if no limit had been imposed on CO2 emissions – the United States would be still leading the world in building modern, clean, efficient, economical coal-fired stations. That’s exactly what Europe, China, India and dozens of other countries are doing.

It’s clearly high time to end the war on coal!