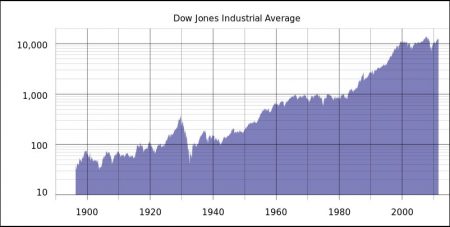 (Dec. 6, 2017) — “Good evening, ladies and gentlemen, and welcome to the show that’s talked about at the water cooler the next morning: ‘Pulse of the Nation.’ Hello, my name is Roving and my job is to ask regular folk what their concerns of the day are. We’re back from Florida and are now under the awning across from the railroad station about to waylay this guy. Excuse me, please; care to be interviewed on TV?”

“Oh, it’s Roving. Cat and I watch your show. The cat purrs whenever she sees the Talking Dog. Okay, what’s the question of the day?”

“I’m off downtown to visit the office of my representative to complain about the ‘missing line.’”

“This ought to be good and I’m sure I’ll regret this, but what ‘missing line?’”

“Why, the unemployment line: there isn’t any, not anymore.”

“Are you for real? I mean, if I’m the butt of a joke I can take it, believe me. Are you denigrating Trump or praising him*?”

“Nothing but praise. Remember that bet Trump made with Obama, the one where if Obama produced a valid BIRTH CERTIFICATE Trump would donate millions to a South Side Chicago charity of Obama’s choice? And then when Obama balked, Trump upped the ante to multiple millions**? And STILL Obama refused? Does anyone remember that? And, excuse me, please, but here comes my train; actually, I’m off to the planetarium. Bye.”

“Thanks for talking with us. What do you say we take a break?”

“And here we have a young lady. Hello, so what are you up to today?”

“On my way to work. I work at a stock brokerage where all the old men hit on me, which I don’t mind because I’ve got a boyfriend, so I take it all with a grain of salt.”

“I bet some of those old men have plenty of money.”

“Millionaires, and most of them have wives.”

“So much for marriage vows. So, the stock market is doing pretty good these days?”

“Unbelievable the money that’s being made. I’ve got some money tied up in it but I’m really conservative. Whenever I reach a goal I take the principal out and bet with the profits. It’s just like playing roulette and the dogs: pocket your initial investment and just bet with what you’ve won, so if you lose you’re at least even. If you lose it to start, well, never gamble what you can’t afford to loose. And here’s my train. I don’t get ‘Pulse’ on my satellite dish but I read the transcripts and enjoy the music. Tell that girl who chooses the music that she’s doing a pretty good job. Bye.”

“Bye; and I will; thank you. And now it’s time for another commercial.”

“We’re back to ‘Letter-Reading Time’:

Did you vote for Trump? I get the feeling that you did. And I remember your saying that you used to drink and smoke cigarettes; is that true?

I voted for Trump twice: once in the primary and again in the general election.

And, yes, I used to smoke and drink and take drugs but I haven’t done any of them for over 20 years, not even one puff or one drop, except once in church during communion what I thought was a thimble of grape juice might’ve been wine. Maybe it was, but then again maybe it wasn’t and that was about 15 years ago.

I don’t even remember the last bar I was in, or even what city, it’s been that long. And I did it all cold turkey, except for the cigarettes: those I just slowly quit but it was really pretty easy since I had already quit drinking a month before.

Thanks for watching the show, or reading the transcripts. Oh, one last thing: if I were to give advice, it would be to follow in our president’s footsteps: never smoke; never drink alcohol and never do drugs.

It took me seven years to recover from smoking. I know, everyone says it takes three, but for me it was seven. I remember that day very well, since I know the date of my last cigarette. It started out like just a regular day. I coughed up some of that nasty green phlegm and my next breath was the first clean-clear-refreshing-unbelievable breath in memory, it was THAT LIFE-CHANGING DRASTIC!

“And time for one more? After the commercial? Okay.”

“We’re back. Excuse me, sir, care to be interviewed on TV?”

“What for? So you can edit my comments about the Pope being a Left-Wing Loony? 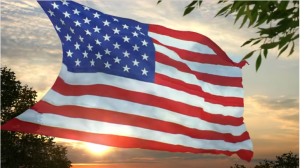 “About the NFL: it’s history, you know. The franchises will fall like a deck of cards; first one will declare bankruptcy and then right on down the line. Guess who’ll have the last laugh? The fans, that’s who: the men and women who work for a living; fight rush-hour traffic; fight for the Constitution; the ones who stand proudly to honor their flag, country, military and to sing their anthem.

“Someone should have explained the facts of life to that clown Kaepernick – you know, if you dyed his hair orange he could pass for Bozo  – the facts of life: you don’t bite the hand that feeds you.

“And it’s about time we moved our embassy to Jerusalem, even though we’re 60 years a little late.

“Electric cars are nice but at least carry your battery charger (generator) with you and they’re called hybrids.

“About the insanity that is North Korea slash China? That they’re one and the same, you know.

“I thought so. And if I say anything that would offend a ‘peaceful and misunderstood’ Muslim you’d edit that out, too, wouldn’t you? And if I said deport DACA along with the rest of the dirty dishwater that also would be bleeped-out, wouldn’t it?”

“Even so, I don’t think I care to be interviewed on your show. Thanks for nothing.”

“Hey, that’s what I said to my ex-wife, the one that cheated on me with sailors in San Diego, ‘Thanks for nothing.’ And I’m afraid that’s all the time we have for the show and so, on behalf of the crew, I’ll be wishing you all a goodnight: Goodnight.

Whatever Happened to the Unemployment Line? (RR) added on Wednesday, December 6, 2017

One Response to "Whatever Happened to the Unemployment Line? (RR)"