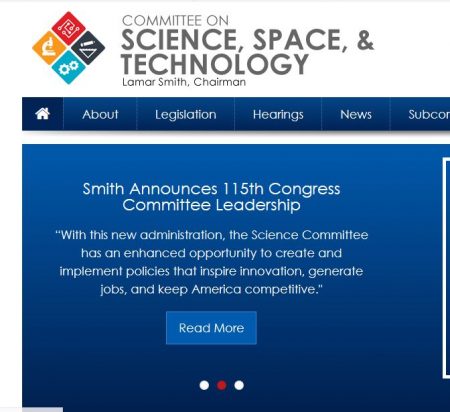 (Dec. 3, 2017) — The International Agency for Research on Cancer (IARC) in France has received over $48 million from America’s National Institutes of Health (NIH), to determine whether various chemicals cause cancer in humans. Of more than 900 chemicals it has reviewed, only one was ever found non-carcinogenic. The latest substance to face IARC scrutiny is glyphosate, the active ingredient in the herbicide RoundUp.

Not surprisingly, the agency branded glyphosate carcinogenic. But this time evidence is surfacing of collusion with anti-chemical activist groups and class action lawyers, serious conflicts of interest involving a key IARC glyphosate reviewer, and IARC manipulation of scientific reports along with deliberate withholding of studies that concluded the chemical is safe, so that the agency could get a guilty verdict.

Despite this disturbing evidence, and demonstrable proof of the chemical’s safety, the European Union barely extended its authorization for glyphosate use, and then by just five years, instead of the usual 15.

The House of Representatives Science Committee is deeply concerned about this corruption of science, its potential impacts on US regulatory decisions, and the use of IARC rulings by predatory lawyers who are suing glyphosate manufacturers. It sent letters to Health and Human Services Secretary Eric Hargan (who oversees the NIH and its agencies) and IARC director Chris Wild. The letters “request” all relevant documents and the names of IARC-affiliated people who could testify at Committee oversight hearings.

Dr. Wild’s artful and legalistic response emphasized “scientific consensus” among all review panel members; said “deliberative” documents would not be made available; claimed there were no conflicts of interest among any IARC reviewers; said he and his staff would not be “pressured” by “vested interests,” the media or Congress; and said congressmen can come to France if they want answers to their questions.

In other words: Drop dead. Members of Congress who authorize taxpayer funding for IARC have no right to scrutinize its deliberations and decisions, to ensure sound science, transparency and accountability.

Glyphosate is the most widely used herbicide in the world. It is vital to modern agriculture – and one of the most extensively tested chemicals in history: some 3,300 studies over four decades attest to its safety. Indeed, virtually every reputable regulatory agency and scientific body in the world has determined that it does not cause cancer – including the European Food Safety Authority, European Chemicals Agency, German Institute for Risk Assessment and US Environmental Protection Agency.

Only IARC says glyphosate causes cancer. To help it reach that conclusion, the agency employed the services of Italy’s Ramazzini Institute, which also concocted studies claiming cell phones and artificial sweeteners cause cancer. It relies on Ramazzini even though regulatory bodies in Europe, the United States and New Zealand have investigated and criticized Ramazzini’s sloppy, suspect pseudo-science.

Dr. Wild’s agency has also worked closely with Dr. Linda Birnbaum, director of the $690-million-a-year National Institute for Environmental Health Sciences or NIEHS (an NIH agency in the HHS). Birnbaum is also a member of the Collegium Ramazzini and has directed over $90 million of US taxpayer funds to her Ramazzini colleagues, many of whom serve on numerous IARC “expert panels.”

Evidence is accumulating that Birnbaum has worked closely with anti-chemical pressure groups and even trial lawyers, thereby undermining the US regulatory and chemical review process and perhaps ultimately forcing glyphosate off the market. She has helped to coordinate and direct these activities, and has turned the United States into IARC’s biggest donor, earmarking $4.2 million to support IARC’s current effort to list more agricultural and industrial chemicals as carcinogens – including artificial sweeteners. Even GMO foods are on the agency’s hit list.

The 2014 advisory group that decided IARC would review glyphosate was led by activist statistician Dr. Christopher Portier, who worked for years for NIEHS and Birnbaum. In fact, investigative journalists David Zaruk (Risk-Monger) and Kate Kelland (Reuters) discovered, Portier drove the glyphosate review, while also working for the anti-pesticide Environmental Defense Fund and serving as the only “invited specialist” on the working group that labeled glyphosate carcinogenic.

At the same time, Portier was also advising trial lawyers suing over other chemicals that IARC had found carcinogenic – and shortly after serving on the advisory group signed with the same lawyers to work on their glyphsate suits, a gig for which he has so far been paid $160,000. No conflicts of interest?

Even more outrageous, as Ms. Kelland explained in another article, IARC repeatedly ignored or altered studies that exonerated glyphosate. One report clearly said the researchers “unanimously” agreed that glyphosate had not caused abnormal growths in mice they had studied. IARC deleted the sentence.

In other cases IARC panelists inserted new statistical analyses that reversed a study’s original finding; quietly changed critical language exonerating the chemical; and claimed they were “not able to evaluate” a study because it included insufficient experimental data, while excluding another study because “the amount of data in the tables was overwhelming.” These machinations helped to ensure a “consensus.”

Equally questionable, NIH Cancer Research Institute scientist Aaron Blair conducted a years-long study that also found glyphosate was not carcinogenic. But he held off on publishing his results, and did not divulge his findings, knowing IARC would leave “unpublished” work out of its analysis.

This is not science. It is manipulation and deception – supported by our tax dollars, and used to drive safe, widely used chemicals off the market.

Other activists repeatedly claim “endocrine disrupting” chemicals which don’t cause cancer or other harm in high doses somehow do so at barely detectable levels. Another clever ploy claims no actual exposure is needed; kids get cancer because their parents or grandparents were exposed to something, perhaps years ago. It’s ridiculous. But convincing a jury there’s no cause-effect relationship is a Sisyphean task.

The end result, if not the goal, is to undermine public confidence in science-based risk assessments, lend credibility to agitator claims that countless chemicals contaminate our foods and imperil our health, endlessly frighten consumers, and set the stage for billion-dollar lawsuits to enrich class-action lawyers and organic food interests.

More than 1,000 US lawsuits already claim glyphosate causes cancer, and law firms are running ads saying anyone who has cancer and was ever exposed to glyphosate in any form or amount may be entitled to millions in compensation. Other lawyers are playing the same games with “manmade climate change.”

Ending legal predation will require major state and federal reforms. However, the American people elected this President and Congress to bring transparency and accountability back to Washington and international regulatory agencies. They need to use their oversight and funding powers to do so.

Science Committee Chairman Lamar Smith told me he is reviewing Mr. Wild’s response. “Given the serious nature of our concerns related to IARC’s expenditures of taxpayer dollars, IARC should exercise due diligence and provide a complete response to my November 1 letter. The Science Committee will use all tools at our disposal to ensure the stewards of our taxpayers’ dollars are held accountable,” Smith said.

That is good news. Too many regulators and “scientific” panels have the attitude, “We are accountable only to ourselves. We will not have any member of Congress or the Trump Administration presume to tell us how to run our business, do science or be transparent.” That arrogance is intolerable.

Even if Dr. Wild is beyond the reach of US law, Drs. Birnbaum, Portier, Blair, et al. are not. They should be compelled to testify under oath, and funding for their agencies and work should be made contingent on their cooperation in rooting out the apparent secrecy, corruption, conflicts of interest and junk science.

Paul Driessen is senior policy analyst for the Committee For A Constructive Tomorrow and author of books and articles on energy and environmental policy.

One Response to "UN Agency to Congress: Drop Dead"