“THE DAM IS BREAKING” 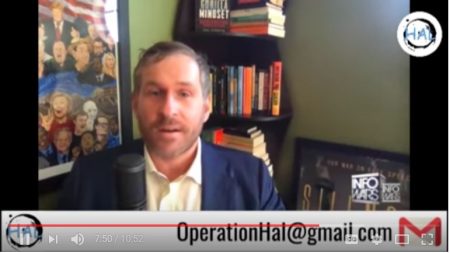 (Dec. 3, 2017) — In an interview on November 25, 2017 with Infowars’ Alex Jones, new-media journalist Mike Cernovich said that with the revelations of multiple sexual-assault and harassment accusations against members of Congress which include “secret” payouts to the accusers, an awakening of sorts in America could be imminent.

From one of his sources, Cernovich obtained documentation indicating that more than $17 million has been paid out to congressional accusers since 1997 in at least 264 cases.  “That’s just what’s on the books,” Cernovich told Jones.

Rather than preparing his own report, Cernovich gave the documents to Buzzfeed News, which he said in the past has been “very critical” of Jones and him.  Buzzfeed chose to verify their authenticity and has since published more than a dozen articles on the “secret” fund which uses taxpayer dollars to “pay off” individuals making claims of sexual harassment against members of Congress.

Buzzfeed is currently facing a libel suit from internet businessman Aleksej Gubarev over its publication of the now-infamous and unverified Trump “dossier” this past January.

In addition to staffers, accusers include both current and former female U.S. representatives.

Referencing the initial revelations of multiple accusers of 34-year congressional member John Conyers, Cernovich said he believes much more is to come while criticizing the legacy media for hesitating to follow credible leads to expose wrongdoing.

“They know most of these settlements are going to involve Democrats, and they want to protect the Democrats,” he told Jones at 7:15 in the video.

Jones commented that he finds today “an amazing time to be alive” given recent developments.

Cernovich said that when the fierce hurricanes of the 2017 season hit Texas, Louisiana and Florida, “everybody was coming together” to help fellow Americans.  “…People came together, all races, all religions, and united, and that was a unique…we said this is a once-in-a-generation opportunity for our collective consciousness to level up…because when you live in a better environment, you become more courageous and you want to fight for what’s good and not for what’s bad…”

Cernovich referenced the fact that YouTube recently acknowledged that it has maintained obscene content on its channels “for years and never did anything about it.”

“We have to get ready to win big,” Jones responded, “but then once we win, we’ve got to be ready to deliver and be moral, replacing the people that we just took out.  Because evil’s not invincible…are we actually beginning to see the fall of evil to a great extent?”

“We’re seeing a change in season,” Cernovich said, asserting that “it’s going to become cool to be a moral person.”  He said, however, that “evil never goes away” and must be combated with “good.”

“Good is getting the upper hand and they’re panicking,” Jones said, at which point the video concludes.

The video was created by @OperationHal.