“PAWNS ON THE BATTLEFIELD” 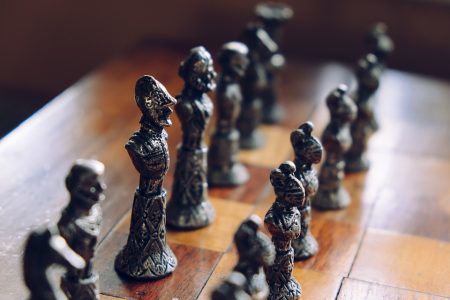 (Dec. 1, 2017) — “Good evening, ladies and gentlemen, and welcome to the ‘Pulse of the Nation,’ the last vestige of where the truth is to be found unless, of course, we make a mistake.  Unfortunately, we all aren’t Einsteins or Prophets; Raphaels or Van Goghs; Will Rodgers or Grouchos; Clark Gables or Marilyn Monroes; we’re just regular folk who stumble through life like wooden ducks at a shooting gallery waiting for the fatal shot from an illegal immigrant to cut our lives short. Hello, my name is Roving and, as you can see, we’re back on our corner across from the railroad station about to interview people heading downtown.

“Excuse me, Miss, Roving for ‘Pulse’; care to be interviewed on TV?”

“Oh, hello; watch your show with Godzilla, my pet lizard.”

“Oh, my gosh. I know that I’ll regret this, but could you tell us how big Godzilla is.”

“He’s a chameleon, maybe as long as my thumb if you don’t include the tail.”

“And with the tail?”

“Ladies and gentlemen, if I could make up something like this I’d change professions and hit the comedy clubs. Excuse us while we try and sell something.”

“Look, do you think Godzilla understands what he hears and sees?”

“I’d like to think so because he agrees with everything I say.”

“You mean he talks to you?”

“No he doesn’t talk to me; what do you think I am, crazy? No, I ask him questions or make statements and he’ll move his head up and down, agreeing with me.”

“Excuse us while we break for a commercial.” 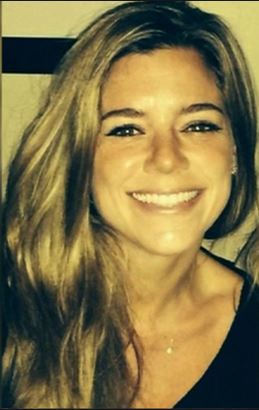 “Let me ask you this: what about Kate Steinle’s murderer being acquitted?”

“Somehow the gun was in his hand and it fired.”

“But do you really understand? It’s all in Professor Zorkophsky’s new book in Chapter Four titled ‘The Incredible Total Disconnect of County Employees.’ So of course Kate Steinle’s murderer was acquitted. And you know what? It makes us all targets, and that’s the REAL verdict. I’m armed, as are all of my coworkers, and we’re not afraid.  If I said we’re gunning for lowlife illegal immigrants who would dare even look at us crosswise, you’d accuse me of making a bad pun, so I won’t say it. And here’s my train. Bye.”

“Thanks for talking to us. And I’m afraid we’re out of time, but I must say that the landscape has changed out there. If any of you thought it was a dangerous place yesterday, America has entered a new phase of danger and injustice, and I’m not kidding. It’s a whole new world where a US citizen is automatically treated as a second-class citizen compared to an illegal immigrant; a country where an illegal immigrant is treated better than a homeless Veteran.

“We live in a country where an intoxicated illegal immigrant is given a free pass because it’s in their culture.’ Well, it used to be in our culture where we’d execute murderers. And that’s it, so on behalf of the crew, I’ll be wishing you all a goodnight: Goodnight.”

“Good show, but she was right, you know: America just crossed the line of no retreat: it’s a fight to the death and we’re the sitting ducks; we’re the fodder; we’re then targets of happenstance; we’re the pawns on the battlefield and we’re expendable, just as Kate Steinle was (correction: Kate Steinle IS expendable: a death with no meaning; a death that didn’t improve mankind in the slightest; a wasted life. In short, because of the verdict, she became expendable, a status that she didn’t deserve).”