“THE GREATEST ENEMY IS IGNORANCE” 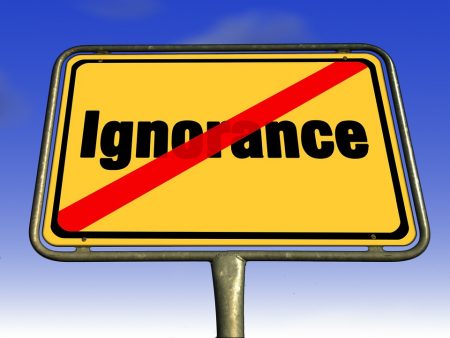 (Nov. 28, 2017) — “Good evening, ladies and gentlemen, and welcome to ‘Pulse of the Nation,’ the only show that leaves you with a sense of accomplishment. My name is Roving and I’ll be your host for tonight’s show; glad to have you aboard. What do you say we shove off and see what’s on our neighbors’ minds? As you can see, we’re back on our corner across from the railroad station under the awning interviewing just regular people going about their day. Excuse me, sir, care to be on television?”

“Please, Roving, address me by my proper title: Emperor.”

“Of course I’m kidding; I’m married, which makes me one of the Statistical Slaves.”

“Never heard of one of those. What do you do?”

“You can’t believe how much fun it is to talk to another human being; that’s why men hang out in bars; you know, so they can have a normal conversation, because at home all they say is, ‘Yes, dear,’ ‘I’m sure your mother was right,’ and ‘I’ll get right on it; matter of fact, I’ll make it my number one priority first thing in the morning; better yet, I’ll start working on it right now? If I work all night, by sunrise I’ll be that much further ahead.’ I read one of Professor Zorkophsky’s textbooks where he explained the whole marriage phenomenon with a whole bunch of psycho-clinical terms such as: Harping: she who harps; irritating verb used by married women.”

“How long you been married?”

“Folks, you just can’t make this stuff up. So, getting off the Happily Married subject, what’s you pet peeve?”

“The news media: reminds one of Nazi Germany: everybody in lockstep.”

“Everyone reporting the same thing at the same time ad nauseam.”

“How about giving us an example?”

“Look, in the whole scheme of things, one grope does not equal a one-megaton bomb.”

“Could you be just a little more specific? See if you could elaborate a bit more; you know, like have a conversation?”

“Oh, right: I get it. All this talk about Hollywood and Congress’s sex scandals – by the way, is there a difference between the two? It seems that they’re both made up of cartoon characters, doesn’t it? – just diverts attention from Hillary’s traitorous transactions with that URANIUM ONE deal and, if I understand it all correctly, there very well could be more than one shady uranium deal.

“This is serious stuff, and then let’s add the so-called Iranian Nuclear deal, with billions — pallets of $100 bills (where from? Chinese Stimulus money? The Fed) – offloaded in the dead of night; what’s that all about? And Obama and Holder and Loretta Lynch having net-worths in the many millions of dollars: it just doesn’t add up. Look, if anyone deserves an audit it’s all those people who were in Obama’s Administration, that’s who.

“Look, all this sex scandal talk is just a tactic to divert people’s attention from what’s really important: our nation’s security. Will Obama and Hillary ever see the inside of a jail? Don’t make me laugh. We’re being played like a bunch of suckers, a bunch of hicks who just got off the bus and all of a sudden we’re on Clark Street, downtown Chicago: greenhorns in a sea of sharks.

“And they’re all the same: CNN and MSNBC and FOX: all in bed with the Deep State, being controlled like marionettes. Hannity interviewing an accused sex offender while Iran is creeping closer and closer, day-by-day, to getting THE BOMB; so what do you say we throw Israel under the bus? So the order of importance is what? Sell what the advertisers are paying for: the number of viewers; entertainment: sex sells. And here’s my train; bye.”

“Goodbye; I’d say that guy had a sea of emotions he just had to get out; vented big-time. And that’s all the time we have for… pardon me? A letter? Why, be more than glad to. Here’s a letter from one of our viewers that I’ll now read for you, thanks to our producer:

I have a pet bird that talks to me. Can we be on your show?

Thank you for taking the time to write to ‘Pulse.’

I’ve forwarded your letter to Prof. Zorkophsky who will attempt to keep you out of the Funny Farm.

“And now our time is indeed expired. Thank you for watching: Goodnight.

“Good show. We live in a sea of ignorance; we’re the easily-duped, the uninformed; we’re the ones who go throughout the day with paper bags over our heads so we don’t see, hear or speak the truth: we’re being sold a pig in a poke and we’re all too dumb to know the difference between right or wrong, friend or foe, and the past repeating itself. We’re all on a giant toboggan and we can’t stop it to get off; we’re just along for the ride.

“They keep telling us ISIS is on the run; meanwhile the Muslim population of Europe and North America just increased during the time you watched the show or read the transcript. And there’s nothing we can do about it as long as the MSM (including FOX) goes along with the Deep State’s agenda: the One World Order death knoll to freedom. After all, we wouldn’t want to offend* anyone, now would we? Burger time: my treat.”

[*offend: the dumbing-down of Americans is just about complete. The vast majority of our schools and institutions of higher learning have embraced the political philosophy of a system that is inherently flawed: Socialism. The teachings of Christ and the Golden Rule, prayer, allegiance and patriotism are not embraced. Congress is more intent on addressing the made-up problem of DACA (follow Federal Law and deport illegal immigrants) over the real problem of the corrupt VA. Yes, Trump did inherit a complete mess, but the problems are not unsolvable. The greatest enemy is ignorance: either we have a country or we do not. Ignoring the problems that we find ourselves subject to will only exacerbate any possible solution. Circumventing the Constitution is just another name for surrender.]