STATES WILL DEFY TRUMP, DOUBLE DOWN ON RENEWABLES AND CO2 REDUCTIONS – AND HURT POOR FAMILIES 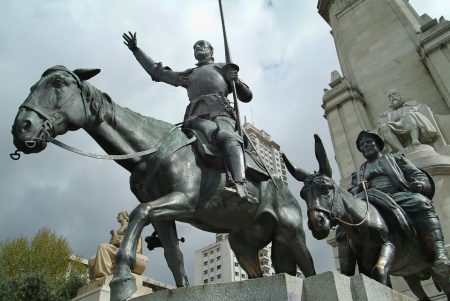 (Nov. 18, 2017) — Democrat Ralph Northam had barely won the Virginia governor’s race when his party announced it would impose a price on greenhouse gases emissions, require a 3% per year reduction in GHG emissions, and develop a cap-and-trade scheme requiring polluters to buy credits for emitting carbon dioxide.

Meanwhile, liberal governors from California, Oregon and Washington showed up at the COP23 climate confab in Bonn, Germany to pledge that their states will remain obligated to the Paris climate treaty, and push ahead with even more stringent emission, electric vehicle, wind, solar and other programs.

Leaving aside the unconstitutional character of states signing onto an international agreement that has been repudiated by President Trump (and the absurdity of trying to blame every slight temperature change and extreme weather event on fossil fuels), there are major practical problems with all of this.

Attempting to abate, control or limit CO2 from electric power facilities has consequences. It means creating “carbon capture and storage” systems that don’t work, are huge energy hogs, drive up electricity prices, and leave us with the massive, unaddressed problem of where to put all the carbon dioxide – depriving crop and habitat plants of this essential miracle nutrient, and risking sudden catastrophic CO2 eruptions from whatever underground storage facilities might actually get approved.

It means forcing the premature shutdown of fully functional coal and gas-fired power plants – with no viable alternatives to replace them. Virginia has two nuclear power plants, and it is unlikely that the current or incoming Democrat governor (or any of their “progressive” supporters) would support building new nuke units, or even new pumped storage systems in the state’s mountainous areas.

The supposed wind and solar alternatives involve massive land use, environmental, ecological, economic, and human health and welfare impacts. Based on my previous rough calculations, using wind power to replace all current US electricity generation (3.5 billion megawatt-hours per year) … and charge batteries for seven windless days of backup power … would require some 14 million 1.8-MW bird-killing turbines, each one 330 to 410 feet tall, across some 210 million acres (twice the size of California). The backup power would require some 700 billion 100-kWh Tesla battery packs (also requiring vast acreage). 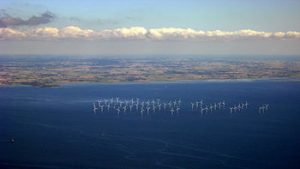 The raw materials required to build all these turbines, batteries and transmission lines – would be astronomical; the earth removal, mining, processing, smelting and manufacturing even more so. And this doesn’t even consider what it would take to replace today’s vehicles with electric versions, or (in a truly fantasy world) replacing the energy for foundries, refineries and factories with wind or solar power.

The USA has made virtually all of its mineralized areas off-limits to exploration and mining. So this grand transition would make us 100% dependent on foreign suppliers for wind (and solar) energy.

Another net effect would be soaring electricity prices, forcing countless factories and businesses to close their doors, affecting livelihoods and living standards, especially among the poor, minority and blue-collar families that liberal politicians and activists profess to care so deeply about.

Right now, average Virginia families pay $1,500 a year for electricity. At California prices, their annual electricity bills would increase by $875; at German rates, by a whopping additional $2,900 a year!

At its current 8¢ cents per kilowatt-hour, Virginia’s Inova Fairfax Women’s and Children’s Hospital pays about $1.6 million annually for electricity. At California’s or Germany’s business rate (18¢ per kWh), the hospital would have to shell out $3.6 million for electricity. That unsustainable $2 million annual increase in the cost of keeping lights, heat, air conditioning, surgery centers and diagnostic equipment running would result in employee layoffs, reduced services, higher medical bills and declining patient care.

At 8¢ per kWh, the United States can power its homes, hospitals, businesses and industries for $280 billion annually. At German or California business and industry rates (18¢ a kWh), that electricity would cost $630 billion a year. At German family rates (35¢ a kWh), an economy-busting $1.2 trillion!

Equally important, California, Oregon and Washington are uniquely advantaged. Thanks primarily to Works Progress Administration dams, Oregon gets 43% of its electricity from hydroelectric projects; Washington gets 75% from hydro. California not only enjoys such mild climate that 40% of its homes don’t have air conditioning, and a seventh don’t have heating; it imports 25% of its electricity from other states. (And yet California’s electricity rates are the second highest in the Lower 48 States.)

Obviously, not every state can import one-fourth of its electricity from other states. As Margaret Thatcher would say, at some point you run out of other people’s energy. Not every state has or can have hydroelectric (which rabid greens also hate). Not every state has abundant sun or wind – and the best sites would likely be litigated until Hell freezes over. Few states have the topography for pumped storage.

As they demand de-carbonization (and thus de-industrialization) for the entire country, California, Oregon, Virginia, Washington and other “We Are Still In” (the Paris climate treaty) states, cities, businesses and organizations claim they now represent one-half of the US Gross Domestic Product. They also call themselves the Under2 Coalition, claiming they can prevent Earth’s post-1850, post-Little Ice Age, industrial era average temperature from rising more than 2 degrees C (1/2 degree above today’s.

However, amid all their demands and sanctimonious moral preening, these WASI members studiously neglect to mention what IPCC officials have said are the true primary goals of climate policy: replacing capitalism with a new centralized world economic order, and redistributing world wealth and resources.

They likewise ignore the real reason all those developing countries signed the Paris accords … and what all the rancor in Bonn has been about: poor nations were promised hundreds of billions of dollars in Green Climate Fund “adaptation and reparation” money from the very nations they demand must de-carbonize and de-industrialize. They want their loot right now, with no more delays or excuses.

The Paris Climate Treaty would have obligated the United States to pay over $20 billion per year initially – rising to more than $100 billion per year by 2030! So if they love Paris so much, these half-of-US-GDP WASI members should be obligated … and happy … to pay one-half of the USA’s Green Climate Fund obligations: $10 billion in 2017, rising steadily to $50 billion a year by 2030.

In reality, they won’t try, want or be able to meet any of the Paris requirements. It’s all Resistance, hype and holier-than-thou pixie dust. That’s why the WASI acronym is more accurately translated as We Are Still Ideologues – Intransigent, Irresponsible and Insane.

Their “we can opt into Paris” attitude also raises the interesting question of whether communities in those states (especially rural counties that voted for candidate Trump) can opt out of their de-carbonization, cap-and-trade, pseudo-renewable, pseudo-sustainable, unreliable wind and solar energy schemes. Especially if there was no debate and no statewide vote – on issues like those raised in this article – why should those most severely impacted by these schemes not be able to opt out of them?

Net US greenhouse gas emissions declined 11.5% from 2005 to 2015 – because the Obama EPA forced coal-fired power plants to shut down, more switched to natural gas, energy efficiencies increased, and a hyper-regulated US economy used less energy. Indeed, the USA is miles ahead of any other country in reducing its CO2 emissions since 2000. The next closest is the UK, which reduced its emissions by barely a fourth of the US amount. But WASI/Under2 demands would have horrendous adverse repercussions.

Meanwhile, developing countries built hundreds of coal-fired generating units, have 1,600 more under construction or in planning, and are driving millions of new gasoline-powered cars and trucks. They will not give up fossil fuel electricity generation and rely on wind and solar – though they will be happy to sell turbines and panels to WASI members. So all the US, EU and WASI sacrifices will achieve nothing.

WASI members are not just sanctimoniously tilting at windmills. They are demanding that others kowtow to their climate alarmism and imposing real harm on real people. America and the world must not base energy, ecological, health and welfare policies on Don Quixote fantasies.