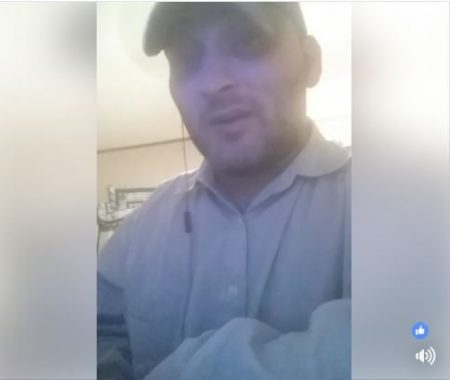 (Nov. 14, 2017) — Darrel Nelson, who is reportedly the stepson of Roy Moore accuser Beverly Young Nelson, is giving a Facebook live presentation stating that she was lying when she said that Moore sexually assaulted her at the age of 16 outside of a restaurant in Gadsden, AL.

Nelson said that Moore “has been an outstanding pillar of the community” and is “God-fearing.”  He warned Republicans in Congress not to interfere in Moore’s seating in the Senate if he wins the December 12 election.

“My stepmother is wrong for what she done,” he said.  “God knows she’s wrong,” he said, calling her out for “reading form a script” at the press conference on Monday night.

“I believe my stepmother is getting paid for this,” he said, adding that he didn’t vote for Moore “because I couldn’t vote for Moore.”  He did not give a reason then, but later suggested that during his “teenage years” he was convicted of a felony and lost his voting rights.

He said he was granted custody of his nephew by a judge, contending that that bolsters his credibility.

He faulted Young Nelson for “reading from a paper” next to Atty. Gloria Allred, who he claimed told her what to say.

He pledged that Alabamans “will be voting Republican for the next hundred years.”

Much later in the broadcast, Nelson said he has lived in Etowah County, AL “for almost 40 years,” revealing that he is older than he appeared to this writer.  In so stating, he said that he never heard of the restaurant where his stepmother said she worked as a waitress when she was a teenager.

The restaurant appears to exist but spells its name differently than that which was written in Young Nelson’s “yearbook,” shown to the public by Allred at yesterday’s presser.

After Nelson went off-air at 8:16 p.m. ET, the Facebook page said that the video will be available for viewing “shortly.” 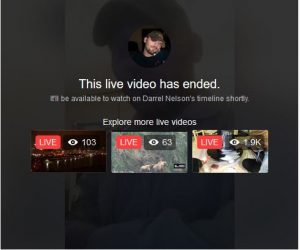