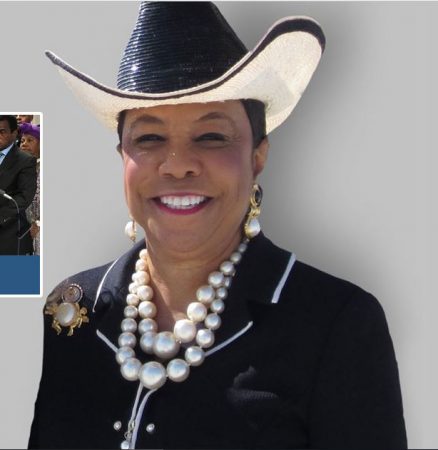 (Oct. 20, 2017) — “Good evening, ladies and gentlemen, and welcome to the ‘Pulse of the Nation.’ As you can see, we’re back on our corner across the street from the railroad station about to waylay some folks on their way to the big city. Excuse me, sir, I’m Roving with ‘Pulse’; care to answer a question or two for our viewers?”

“Be glad to. Never been on TV before. Watch the show, by the way. Let me ask you something: that dog, does it really talk or what’s the story there?”

“I’m beginning to wish I never even heard of the Talking Dog. Look, let’s just get on with it. What’s your main beef of the day; what bugs you the most?”

“Besides Congress for not doing their job; besides the worthless Attorney General, Jeff Sessions, for not doing his job? You know, the DOJ and the FBI are still infected with Obama/Hillary lovers? Why are they still there? Obstructionists, that’s what they are. How come Lois Lerner hasn’t been issued a warrant? How come she hasn’t been tried and convicted? How come she isn’t languishing in prison? If they can send LTC Terry Lakin, an innocent man who was railroaded in a kangaroo Court Martial, to prison, why can’t they do the same to those who are really guilty?”

“Okay, thank you for answering our question. I suggest you get on your train and calm down before you arrive at your destination. There you go, now; run along.

“Whew, did he ever vent or what? I hope he feels better. But he did, after all, hit the nail on the head.  Excuse us while we take a commercial break.”

“Hello, Roving. I’m a little early for my train, so I can answer a question or two.”

“Where you off to today?”

“Job interview. I’ve been submitting my resume to a company for the last year and they finally scheduled me for an interview. The economy is improving, and I’m the proof. Ooops! Here’s my train. Bye.”

“Good luck with the interview. Let us know how it goes. Excuse us while we take a commercial break.”

“Hey, everyone, look what the cat dragged in.”

“The dog says ‘hello yourself.’”

“It’s the Vietnam Veteran and the Talking Dog. What are you two up to today?”

“The dog says we’re on our way to the dog park. She says she specifically wants to send a message, figuratively speaking, that is, to the representative from Florida who disrespected one of our fallen. She informed me to use a specific dog bag; look here, I’ve got a red one symbolizing a dog-to-representative package.”

“Okay, tell me what you think about it all.”

“When my master was a little kid he’d ‘play war’ with his friends. Sometimes he’d use his Hopalong Cassidy six guns, sometimes a broken and rusted BB gun, but most often he’d use a rifle cut out of a piece of plywood where he’d pencil-in the intricacies of what a rifle should look like.  It was a masterful work of art (in his mind) that would’ve rivaled Michelangelo and the other great masters (had he’d known about them then). For sure, suitable for display as the premier work of art, regardless of what world-class museum he designated it to be displayed at; on loan — goes without saying.

“An empty lot in the neighborhood had a mound of dirt which the kids called ‘Hamburger Hill.’ They would crawl their way to the pinnacle, fighting all the way – ‘I got you!’ ‘No you didn’t!’ — maybe to the very summit, all of ten feet above the surrounding terrain.

“And, looking back on it, they never got wounded or finished playtime with PTSD; they’d get ‘killed’: gut shot. After they’d get ‘hit,’ they’d jump up and fall, holding their stomach as they rolled down the hill*, making their way to where they weren’t laying on a brick or a sharp rock, and die peacefully and then, as if an angel from above touched them, crawl back into the action.

“I enlisted in the military while I was more sane and together than when I got out. I knew full-well that I could get killed or maimed, although I must tell you, I didn’t figure on PTSD and 17 years of nightmares. Look, everyone knows that people get killed in action; it’s just a simple fact of life. You do the best you can. And everyone knows once you take the Oath you’re the property of the United States of America; in other words, your life isn’t yours anymore: it’s Uncle Sam’s. Your expendable; you could die. And you take the Oath.

“When Elvis was (pretend) shot by Ann Margret in Viva Las Vegas, Elvis took great pains to make it to a comfortable lawn in which to take his last breath. Die in the lap of a beautiful girl while birds are singing and bells are ringing, hopefully from the ice-cream truck down the street. One last cone, please; a malted, and a banana split. Everyone who ever took the Oath for the United States military knew the risks and was willing to take them.

“As if Kaepernick disrespecting our flag, our anthem and our country isn’t enough, along comes Representative Frederica Wilson taking our last vestiges of decorum left – our war dead – and not only tramples it to the ground, but takes her heel and grinds it so there’s nothing sacred left in our land.

“They killed our history by destroying our statues. They disrespected our men and women in uniform, past and present, and have even gone so far as disrespecting our dead and buried. What’s next? Erasing symbols of faith from the tombstones in our national cemeteries? Removing the cross from our churches? Burning books that they don’t like?

“The MSM is walking on eggshells. My master isn’t the only one in this country who’s had it up to here. And that’s all the Talking Dog wants to say on this subject today. She wants to send that message. Bye.”

“Goodbye. And off to the dog park they go to send that very important message to Wilson, a well deserved message, I might add. That’s it for tonight. Thanks for watching and, on behalf of the crew, let me wish each and everyone of you a goodnight: Goodnight.

[*rolled down the hill: Imaginary Academy Awards were handed-out after the ‘battle’ was over and it was time to go home. Elaborate criteria were established on how to judge the best roll. Some rolls were so elaborate and prolonged that there were instances of the battle put on hold while the ‘dying died.’

The point is that, when we became of age, dying for our country was an accepted risk, nothing more and nothing less. To make an issue of accepting the risks of serving is to belittle those who died for our country, as if they didn’t know that they might not make it. I’d have to say that the antics of Representative Fredericka Wilson is tantamount of Jane Fonda sitting on the seat of a NVA antiaircraft gun: despicable with no possible avenue of redemption.]

One Response to "Hey, Rep. Frederica Wilson: I Didn’t Get Killed (RR)"