Hannity on Assange: “It Wasn’t the Russians”

IS THE WEB OF DECEIT UNRAVELING? 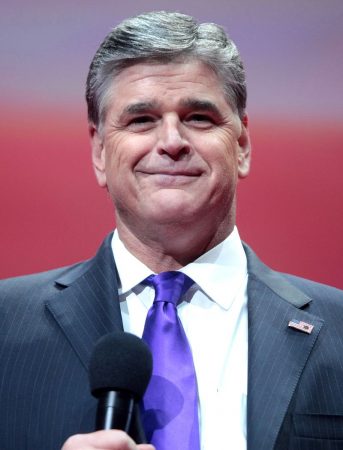 (Oct. 17, 2017) — On his Tuesday Fox News show, Sean Hannity again invoked WikiLeaks founder Julian Assange as the key to identifying the source of the DNC emails released in July of last year.

In his animated and fast-moving opening monologue, Hannity announced a breaking-news story at The Hill which reported on Monday night that the FBI was aware in 2009 of a Russian operative’s illegal activity involving the United States’ uranium supply.

At 9:14 p.m., Circa’s Sara Carter and The Hill’s John Solomon appeared as Hannity’s first guests to expand on the story.

Solomon said that the Obama regime was aware of the “bribery,” “kickbacks” and other illegal activity before approving the sale of 20% of U.S. uranium to a Russian company which Solomon said rise to the level of a “national security” concern.

Another “national security” concern was expressed in 2012 by former Maricopa County Sheriff Joseph Arpaio at the conclusion of a press conference detailing that an image posted on the White House website said to represent Obama’s “long-form” birth certificate is a “computer-generated forgery.”

In subsequent interviews, Arpaio indicated his astonishment that no media entity, Congress or the FBI had been willing to investigate why the alleged birth record of a sitting president had been created fraudulently and presented as genuine to the American people.

In May, WikiLeaks supporter and internet entrepreneur Kim Dotcom tweeted that he has direct knowledge that slain DNC staffer Seth Rich was the source of the DNC emails, which WikiLeaks began releasing just before last summer’s presidential nominating conventions. 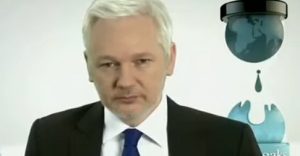 While Assange does not confirm his sources, he has strongly suggested that Rich was a source by offering a $20,000 reward, shortly after Rich’s murder on July 10, 2016, for information leading to his murderer(s).

Hannity reminded his audience that he has interviewed Assange “five times” and found him credible.  “It wasn’t the Russians,” Hannity declared to his audience regarding the source of the highly-compromising DNC emails, quoting Assange.

Last October, the U.S. intelligence community reported that the DNC server was breached by Russian government operatives as part of a Kremlin-directed effort to interfere in last fall’s presidential election.  However, it was also reported that the DNC declined to turn over the server to the FBI for analysis.

After learning of Dotcom’s assertions, Hannity launched an investigation into any connection Rich might have had to the DNC emails.   However, he was excoriated by the mainstream press and reportedly pressured by the Rich family to cease invoking Seth’s name as a possible supplier of documents to WikiLeaks.

Hannity agreed not to report on the Rich matter on the air but hinted that he would continue to probe the matter quietly.

On Sunday night and Monday morning, Assange and Hannity exchanged emails to the effect that neither Special Counsel Robert S. Mueller, III, members of Congress, the FBI nor the DOJ have asked Assange to provide the evidence he claims to have which Hannity has suggested is explosive.

On Monday, Hannity stated that “a massive lie” has been told to the American people.