The Humanitarian Hoax of the Lone Wolf: Killing America With Kindness

THE “SUSPENSION OF DISBELIEF” 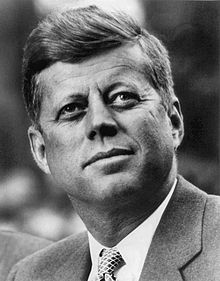 (Oct. 6, 2017) — The Humanitarian Hoax is a deliberate and deceitful tactic of presenting a destructive policy as altruistic. The humanitarian huckster presents himself as a compassionate advocate when in fact he is the disguised enemy.

For 55 years Americans have been expected to believe the “lone wolf” theory of murder, from President Kennedy’s shocking assassination to the savagery of radical Islamic terror and now the horrifying mass murder of concertgoers in Las Vegas. In art and entertainment there is a term, “suspension of disbelief,” which is defined as the willingness to suspend one’s critical thinking faculties and believe the unbelievable. Suspension of disbelief is a participatory and voluntary experience of sacrificing logic for the sake of enjoyment.

Suspension of disbelief in the fifties happened when we went to the movies and allowed ourselves to believe that Clark Kent was Superman. Faster than a speeding bullet! More powerful than a locomotive! Able to leap tall buildings in a single bound! Clark Kent, the mild-mannered reporter, was fighting a never-ending battle for truth, justice, and the American way.

Suspension of disbelief in 1963 was believing that President John F. Kennedy was killed by “lone wolf” Lee Harvey Oswald, who shot a magic bullet that changed trajectories in mid-flight. Oswald was then conveniently murdered by terminally-ill Jack Ruby. Skeptical Americans were very suspicious. After all, this was real life, not the movies. The government doubled down on suspension of disbelief and the public was expected to believe the Warren Commission’s dubious conclusion that it was that “lone wolf” again shooting his magic bullet. The public was considered far too fragile to handle the truth. Suspension of disbelief applied to real life was rationalized as an altruistic act of kindness. Really?

On September 11, 2001 the United States was attacked by Islamic terrorists who hijacked passenger planes and flew them into the World Trade Center buildings and the Pentagon, killing over 3,000 Americans. No one could seriously posit the lone wolf theory, so instead Americans were expected to believe the lone group theory – Al-Qaeda was the first enemy group to be identified. As the Islamic terrorist movement expanded, more groups were created and terrorist attacks that could not be linked to a specific group were dismissed as lone wolf attacks.

Over and over again experts in Islamic theology and men and women who had lived in Islamic countries told America that there are no lone wolves. Even the terrorists themselves announced that Islam is Islam. There is no moderate Islam. Islamic terrorism is inspired by the commandments in the Koran that unite jihadis in violence against all infidels. Islamic terrorism is one of several jihadi tactics being used to re-establish the Islamic caliphate and impose sharia law worldwide.

Western left-wing liberal politicians and the colluding mainstream media continue to insist that radical Islamic terror is not an existential threat. Instead they insist upon public suspension of disbelief and the belief in the lone wolf theory of murder. Why? Because it works!

Although it strains credulity – people WANT to believe the lone wolf theory because it calms their fears and makes them FEEL safe and secure, the problem is that feelings are not facts. We are not living in a Hollywood movie that ends in two hours. Suspension of disbelief is dangerous in real life. Islamic terrorism is a real fact of 21st-century life and is an existential threat to the American way.

After 241 years, American freedom will finally be lost because a willfully blind American public was seduced by the Humanitarian Hoax of the lone wolf advanced by leftist humanitarian hucksters promising safety to a public too frightened to live in reality. The Humanitarian Hoax will have succeeded in killing America with “kindness.”

The Humanitarian Hoax of the Lone Wolf: Killing America With Kindness added on Friday, October 6, 2017

2 Responses to "The Humanitarian Hoax of the Lone Wolf: Killing America With Kindness"