Funding the Arts – or Hurricane Recovery

WITH ONLY SO MUCH TAXPAYER CASH, WHAT SHOULD OUR PRIORITIES BE IN THIS YEAR OF BIG HURRICANES?

(Oct. 2, 2017) — A couple of friends recently said it was terrible that some in Congress and the White House could even consider reducing National Endowment for the Arts funding. It’s a critical program, they feel, essential for the very survival of many community and even big-time theaters, orchestras and other arts programs. The thought of trimming the NEA shows a low regard for this important component of civilized society.

For centuries, Kings and princes funded composers, artists, symphonies, operas and artwork, especially back in the days when royalty controlled the lands and wealth – and paid their peasants a pittance (if at all). Letting them listen to or gaze on some of the artistic creations helped keep them happy in an era when illiterate serfs were happy dreaming of being rewarded in the afterlife.

The National Endowment for the Arts was launched in 1965 and has enjoyed steady funding by taxpayers. Its $150 million 2017 budget covers offices, staff salaries, and numerous grants and contracts.

The Los Angeles Times opined in March of this year that the NEA’s budget is “minuscule compared to other federal expenditures.” $150 million “won’t even get you a Picasso at auction.” It would only buy a thousand Tesla Model S P90D electric cars. The Defense Department receives 3,600 times more money; maybe the Pentagon should economize on toilet paper, the column suggested.

All of this raises compelling issues that could generate interesting congressional or talk radio discussions.

America is the land of millionaires and billionaires – folks who can and do afford Picassos, (taxpayer-subsidized) Teslas, and box seats at symphonies and operas that average taxpayers rarely attend. If just 300 Hollywood, Silicon Valley, social media and other ultra-rich culture devotees ponied up just $500,000 apiece, they’d fully fund the entire NEA program. So would 1,500 of them giving just $100,000 each, instead of buying yet another mansion, yacht, private jet or vacation island.

While the Defense Department is a favorite target for liberal pundits, defending the homeland is one of the most critical roles of government – and one that citizens, communities and even states cannot do on their own. Like it or not, we remain embroiled in conflicts overseas, and bad actors Iran and North Korea are on the verge of getting nuclear weapons and delivery systems.

Security expert Cliff May reports that Nicolas Maduro’s Venezuelan dictatorship (likely with Cuban help) is providing passports to a host of Jihadi warriors, so that they can utilize the socialist-Islamist-narco-terrorist-gun-running alliance more effectively to ply their lethal trade here in the United States. National Counterterrorism Center director Nicholas Rasmussen warns that these and other terrorists may soon employ drones to drop grenades or spread poison gases on crowds of Americans.

Gunning people down in California, Florida, Tennessee and Texas, bombing the Boston Marathon, slamming jets full of fuel and passengers into NYC and DC buildings, mowing pedestrians down with vehicles, and murdering police officers reflect pure evil. It will be worse when more ISIS butchers arrive on our shores. We should cut DoD waste, but never protections for our families, lives and freedoms.

The question now is, how does NEA funding stack up against the urgent need to restore electricity to Puerto Rico and rebuild homes, businesses, infrastructures and lives in hundreds of badly impacted neighborhoods? Indeed, how does funding a vast host of federal programs stack up against that need?

President Obama was lucky. He presided over two-thirds of the longest Category 3-5 hurricane drought in U.S. history: eight years out of a record twelve (even as atmospheric carbon dioxide levels kept rising). How he would have handled even one, to say nothing of three back-to-back monster storms, we will never know. Nor will we know how he’d have handled these budget questions, though we can guess.

Just recall how many “shovel-ready jobs” were actually created by $1 trillion in stimulus funding.

Of course, this wasn’t the first time the USA was hammered by several monster hurricanes in a very short span. 1879, 1893, 1909, 1933, 1954 and 2005 come to mind. And those are just the big ones that pounded the U.S. mainland. This year’s hurricane season isn’t over yet, so disaster preparedness remains vital. 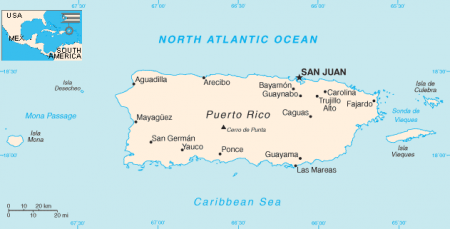 Thankfully, this year FEMA was on the job in record time. However, rebuilding Puerto Rico alone will top $30 billion, following the worst storm to hit the island since 1928. Repairing damage from Harvey and Irma will exceed $150 billion, Moody’s Analytics estimates.

Families will have to dip into savings and do a lot of the work themselves. However, the financial burden will also be shouldered by private insurance companies, or by the federal government’s flood insurance program, and by FEMA and other disaster assistance loans and grants. Still more will be covered by hundreds of public and private companies, churches, synagogues and nonprofit charities, and direct citizen donations. JJ Watt raised $30 million via YouCaring.com, and Gleaning for the World has been typically efficient in shipping life-giving supplies to Texas, Florida and the Caribbean. Please give!

Congress has appropriated $15 billion in hurricane disaster relief, with more to come for those areas and the islands. Legislators assume and hope that funds will somehow materialize to cover this – and all the other programs that President Reagan liked to quip were the closest thing on Earth to eternal life.

Complying with myriad federal regulations costs us nearly $2 trillion a year – more than all personal and corporate taxes paid to Uncle Sam. If more of those rules are trimmed, and a long-overdue tax overhaul ultimately brings in many billions in additional tax revenues as the economy is reinvigorated, budgetary needs could be met and the private sector could weigh in with yet more help. Here’s another idea.

Federal and state laws could require that anyone from hurricane-impacted areas who expects another welfare or unemployment check must help clean up, repair and rebuild their communities. Many or most people on these “entitlement” rolls are strong and able-bodied. By serving their communities and country, they would learn new skills, find new friends, mentors and role models, and embark on paths to lifetime achievement. Indeed, the return to “workfare” and responsible citizenship should be nationwide.

As George Mason University professor Walter Williams observes, “The No. 1 problem among blacks is effects stemming from a very weak family structure.” This is “a legacy of the welfare state ushered in by the War on Poverty” and continued by “politicians, civil rights leaders and academics who assert that every problem confronting blacks is a result of a legacy of slavery and discrimination.”

“Children from fatherless homes are likelier to drop out of high school, die by suicide, have behavioral disorders, join gangs, commit crimes and end up in prison,” he states. “They are also likelier to live in poverty-stricken households.” Indeed, that holds true for white, Hispanic and other ethnic groups.

Williams also points out that federal spending in 2017 will top $4 trillion. At $1 trillion, Social Security will take up most of it. Defense ($598 billion), Medicare ($582 billion) and Medicaid ($404 billion) are the next-largest expenditures. Other federal social spending – on food stamps, unemployment compensation, child nutrition, child tax credits, supplemental security income and student loans – total roughly $550 billion. In fact, social spending by Congress consumes about two-thirds of the federal budget, he notes.

Congress doesn’t get this money from the tooth fairy or Santa Claus, Williams concludes. It uses “threats, intimidation and coercion to confiscate” money from one American to give it to another American.

As the nation marshals its resources to rebuild shattered communities in this latest year of big hurricanes – and Congress and the White House begin deliberating major changes in the Tax Code – it’s a perfect time to begin debating all these issues, reexamining our priorities, and putting America back to work: for a regular paycheck … or in return for continued welfare or unemployment checks.

Paul Driessen is senior policy analyst for the Committee For A Constructive Tomorrow (www.CFACT.org), and author of Eco-Imperialism: Green power – Black death and other books on public.

Funding the Arts – or Hurricane Recovery added on Monday, October 2, 2017