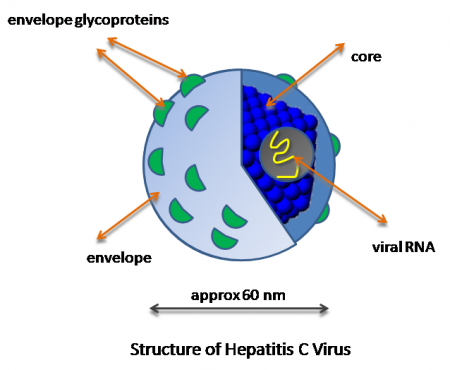 (Sep. 29, 2017) — An inmate at the Trousdale Turner Correctional Center (TTCC) in Hartsville, TN has reported that with a diagnosis of Hepatitis C and quarterly blood tests done at previous Tennessee prisons where he has been housed, he has had his blood drawn only once since his transfer to the state’s newest prison in July of last year.

CoreCivic, formerly known as CCA, owns and operates the prison, which accommodates more than 2,500 inmates. Its spokesman has not responded to multiple requests for comment from this publication.

Founded in Nashville in 1983, CoreCivic reportedly works with the Tennessee Department of Correction (TDOC), which it considers its “government partner.”

“…I was shipped out to this so called prison only to have my health neglected.  it was over 13 months Before they took me to the clinic to draw Blood,” he wrote.  “I still Dont know the results of that August the 8th,” [sic] he wrote, indicating the date of his latest blood test.

According to WebMD, Hepatitis C is an infection affecting the liver which can be caused by the “sharing” of used drug syringes or by during the application of a tattoo if the needles are not properly sanitized.

A baby born to a mother with the virus could acquire it, and a person who received an organ transplant or blood transfusion prior to 1992, when tests were developed for the disease, could contract it.

Several treatment regimens are available which are said to be up to 97% effective.  Last month, the FDA approved a new drug, Mavyret, to treat the hepatitis C virus, or HCV.

The inmate, from whom The Post & Email has not heard previously, is one of many at TTCC alleging that diagnosed medical conditions are untreated and that repeated calls for medical care are ignored.

Last year, The Tennessean reported that Hepatitis C had developed into a prison “epidemic” for which only a tiny fraction of the state’s inmates was receiving treatment.  “Hepatitis C experts and a former nurse practitioner in a Tennessee prison believe they know why Tennessee prison officials, and prison officials across the country, refuse to test all inmates: Acknowledging inmates have the disease means they must treat it,” Dave Boucher reported in his May 7, 2016 article.

Less than three months later, Boucher reported that a class-action lawsuit had been filed in federal court on the basis that “Tennessee Department of Correction officials knowingly denying inmates care for their hepatitis C, also known as HCV, constitutes cruel and unusual punishment.”

The suit was brought by the Tennessee ACLU and alleges civil rights, Eighth Amendment and Fourteenth Amendment violations on the part of the TDOC.

In June, Nashville’s Channel 4 reported, as part of a four-night series on the “secretive” Trousdale facility, a drastic case of medical neglect which led to an inmate’s carrying out surgery on himself to alleviate his chronic pain.  Other segments in the series revealed retaliation against a TTCC chaplain for her outspokenness about prison conditions she observed and the questionable handling of medical emergencies by prison staff.

Many inmates at Trousdale have reported unchecked gang activity about which WSMV also reported on June 21.

Both inmate and correction officer assaults have been reported in recent months.

TDOC Communications Director Neysa Taylor has denied the “accuracy” of the dozens of reports we have received from TTCC inmates and their relatives over the last 17 months describing horrendous conditions inside.