The NEW Rules of Engagement (RR) 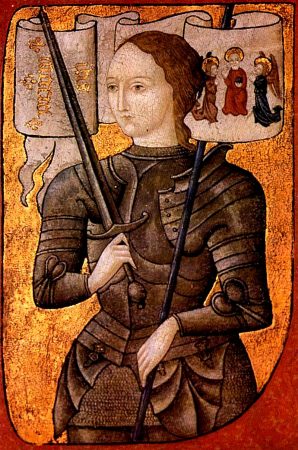 (Sep. 15, 2017) — “Good evening, ladies and gentlemen, and welcome to ‘Pulse of the Nation.’ We’re going to transfer you over Professor Zorkophsky, who is at the Pentagon with some breaking news.  Take it away, Zork.”

“Thank you, Roving. With me is the procurement officer, Colonel Janice Potter, for what our troops carry into the field of battle. That’s a pretty big job, making sure they have water and bullets.”

“Hats and shoes, too. Yes, it is a big job but the Army can handle it.”

“No doubt. What I’d like to ask is about the just-released new Rules of Engagement pamphlet. Correct me if I’m wrong, but it seems as if there is a different set of rules depending on who is doing the fighting; am I right?”

“For sure; it’s the new reality of war.”

“Give me a break; ‘new reality of war’? What’s that supposed to mean?”

“More and more countries are sending their womenfolk into battle, and it’s not out of the realm of possibilities that someday two opposing forces may be made up of women only.”

“So you have to have a different set of ‘Rules of Engagement.’”

“Well, think about it: women have a different set of medical issues then men: certainly you understand that.”

“No, even more than that. Now listen, because this is important. When two armies of women clash they have to have rules. I personally have contacted all the armies of the world who have or are going to have women on active duty and we all have signed on.”

“Like I’ve been trying to tell you, the new Rules of Engagement.”

“But why? Why is it any different from other Rules of Engagement?”

“Obviously you haven’t been paying attention; so I ask you: what happens if somebody breaks a nail?”

“Excuse me; we have to break for a commercial.”

“Breaks a nail? Are you out of your mind? Ever been in combat? It’s not like in the movies; it’s body parts, blood and guts and stink; it’s screaming and wailing and praying and some serious curse words, most made-up on the spot, and you’re bananas about a broken nail?”

“The other things like a bullet in the gut or kneecap is expected, not a broken nail. So this is what we’ve come up with: when somebody gets a broken nail they say a special phrase and all the fighting stops for 48 hours. This is a worldwide rule and cannot, under any circumstances, be broken.”

“Does this ‘broken nail’ ploy work for transgender and homosexuals?”

You know what the Muslims do with you so-called ‘gays’? They push them off tall buildings, that’s what.”

“And it’s not a ‘ploy,’ as you suggest, and no, even though gays can claim ‘broken nail,’ it really is a worthless move unless everybody fighting is women.”

“I don’t believe any of this. You mean ISIS and the French, the Germans and the Mexicans, plus the USA, are all in agreement on this stupid ‘broken nail’ Rule of Engagement?”

“You got it, Professor.”

“Unbelievable. Just goes to show that just when you think you’ve got it figured out, you’re not even close. Sending you back to Roving.”

“Thank you, Professor. And that’ll do it for tonight’s show. Goodnight.

“So a broken nail is that important these days? Just goes to show, you never know. Hey, burger time: my treat.”

Rules of Engagement, women in combat