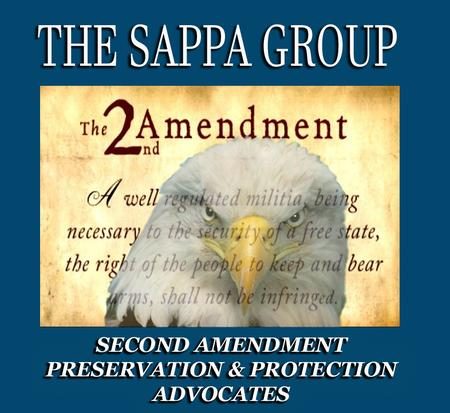 (Sep. 7, 2017) — On August 23, 2017, the US Supreme Court Docketed No. 17-280 a RICO case against Governor Chris Christie and included as defendants: legislators, judges and police chiefs, which understandably is a major reward for the little man for the many battles he has fought to date; but, the war for our Constitutional right of self-protection is far from over, and your help by signing our petition is now needed.

The two enemies of the people are criminals and the government, so let us tie the second down with the chairs of the Constitution so that the second will not become the legalized version of the first.

The State of New Jersey, and the governments of a number of more progressive northeastern states, have been ideologically driven to “become that legalized version of the first” by circumventing the US Constitution and the rule of law for an untold number of years. The following is the plight of a group of patriots led by one man with a dogged determination to correct their collaborative wrongdoings.

We told him numerous times that he was spinning-his-wheels, wasting-his-time, and would offer other words of friendly-support such as: Nick, (Nicholas E. Purpura) you just can’t fight Tammany Hall. They are the government, they have all the money and the power, they will wear you down, you will be forced to give up. And, each time our counsel fell on deaf ears as he would just smile and tell us that he knew the odds were against him, saying, “I made a commitment to myself, and I truly believe that there is no expiration date to my military oath I took to defend the Constitution. And, so I defend! Besides, if not me, then who will do this.”

And so today, after countless months of research, sleepless nights staring at a computer screen for the past two plus years, as he weaved and dodged through their minefield of fictitious legal maneuvering, The Purpura vs. Christie RICO lawsuit is now under review before the United States Supreme Court.

Although, the underlying concern of this petition to the court is of significant public importance, addressing a US citizen’s unalienable right to self-protection, as stated in the Second Amendment, the main premise of this most comprehensive lawsuit is whether Federalism still exists in our Republic. Or, have we reached a point where a state (i.e. New Jersey) can fabricate and enforce unconstitutional “de facto administrative laws” that indisputably contradict the purpose, scope and breadth of our rights written in the United States Constitution.

The Motion to Expedite and a copy of the Brief – Petition For Writ of Certiorari– are linked here for your review, as is a link to the petition (above) we ask that you sign and share with others.

Although we refer to him as ‘The Legal Eagle’, the aforementioned petitioner, Nicholas E. Purpura, is not an attorney. And, therefore, through only his dogged determination has this million-to-one-odds-lawsuit reached this point where it is now under review by the United States Supreme Court as a pro se case *, meaning filed without the assistance of legal counsel. And, as you might have imagined, the State of New Jersey has tried numerous times to ignore and ridicule Nick for his petition, based on road blocks in the form of invented technicalities, wherein the lower courts have been aided and abetted by multiple teams of lawyers to defend the state officials named in this lawsuit. “He is not an attorney. He has no legal right to present this case. We will just stall, deny, deny and deny him until he goes away.”

Mr. Purpura’s Civil RICO case leaves no stone unturned, as he is alleging Governor Christie and the named defendants knowingly acted in concert as an “organized criminal enterprise”. The defendants collaborated to fabricate and enforce de facto administrative laws by converting unalienable Constitutional rights into state granted privileges. And, the argument that the 10th Amendment gives the states the right to create and enforce laws, is unfounded when such laws violate the Constitution. The 9th Amendment states that any legislative or administrative law that violates the Constitution is “no law at all”. This RICO case has been conclusively proven based on irrefutable law and precedents agreed to by the prior rulings of all nine Supreme Court Justices.

Over the years, Nick has self-funded this lawsuit after asking for support, and being ignored by the NRA, and surprisingly by many Second Amendment Associations, and other well known gun-rights groups. However, he is thankful to the Central Jersey Rifle and Pistol Club at: cjrpc.org, which is the only organization to offer Mr. Purpura their financial support to date.

You might consider temporarily filing that last statement under the heading of wishing and praying for he has NOT WON – YET!  But today, he is pretty darn close, and needs each of you to support him by signing the petition above and then sharing/forwarding it to all your pro-Second Amendment friends and relatives.

The wisdom of our Forefathers gave us the Second Amendment for this exact moment in our nation’s history, where rarely has there been a time when our right to lawful self-protection, i.e. keep and bear arms, has been as imperative as it is this day.

Si vis pacem, para bellum.
Thank you, Nicholas Purpura, for your unwavering determination, so that one day soon you will prove to us that you were right all along; and, may God Bless you and the United States of America.

Fredy ‘Brooklyn’ Lowe served proudly in both the Unites States Marine Corps and the New York City Police Department.  He and his wife of 45 years, Patricia, are even prouder (if that’s possible) of their two grown children and six grandchildren.  Out of respect for his country and never taking for granted our freedoms and liberties, Lowe became involved as an organizer and public speaker for Tea Party events and rallies.

These days Lowe finds himself repeating one of Thomas Paine’s more famous thoughts, “If there must be trouble, let it be in my day, so my children (and grandchildren) may have peace.”

*Because of the high unlikelihood that the court will accept a PRO-SE filing, an “adder” was included with this Writ which informs the court that an attorney will argue this case before the bench.

Two Enemies of the People added on Thursday, September 7, 2017

2 Responses to "Two Enemies of the People"