“BURNING ALL THE BOOKS” 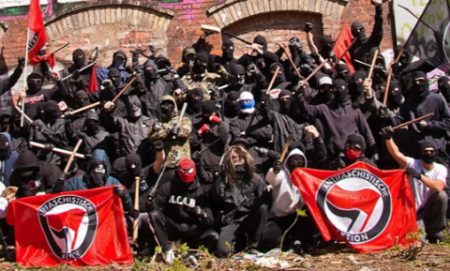 (Aug. 16, 2017) — In both the 1934 original and 1971 remake, the movie “Death Takes a Holiday” means that there was—at least for the runtime of the movie—no more death while death, himself, was exploring humanity’s desire to cling to life.  In the year 2017 AD, or the relatively new Politically Correct CE…Common Era, Truth has taken a holiday from all too many of the humans in America and has been replaced with both lies and misdirection.  White people are apologizing for being white, whilst non-whites continue to berate them for being white and having some bizarre malady known as “white privilege.”  If you believe that the U.S. Constitution is one of the finest documents ever written, you are called racist, homophobic, Islamophobic (add your own disparaging words) etc.  If your opinion is that the USA should—ultimately—be governed by the majority political party that won the election, and the victorious group happens to be conservative, the winners are racist, homophobic, Islamophobic, racist (that’s correct, as you’re at least two times a racist for having the audacity to win) and a toothless, grade-school dropout and incessantly drooling Troglodyte.  Again—remember—the truth is no longer permitted if it contradicts the ideology of the Luciferian Left…which it almost always does.  And these are just the beginnings of your myriad and mortal sins.  This will be a brief exploration into the bizarre and chilling developments that have recently begun to be thrust upon our nation, our President and we-the-people with the express purpose of effecting a Leftist coup and takeover—by force if and when necessary—of the United States of America.

First and foremost, let’s get something very straight for the snowflakes, “Antifa” and even, sadly, former-Communist-turned-Republican (sort of) Dr. Charles Krauthammer.  Dr. Krauthammer last night said on FNC’s “Special Report” that both neo-NAZIs and the KKK were vehicles of the “far right.”  Au Contraire.  Neither NAZIs nor the KKK are on the far right.   In actual fact, the acronym NAZI stands for Nationalsozialistische Deutsche Arbeiterpartei—the National Socialist German Workers Party.  It is one of the demonic children of the far Left…as is the Ku Klux Klan.  Even the left-leaning History Channel writes:  “Founded in 1866, the Ku Klux Klan (KKK) extended into almost every southern state by 1870 and became a vehicle for white southern resistance [Democrat Party]* to the Republican Party’s Reconstruction-era policies aimed at establishing political and economic equality for blacks. Its members waged an underground campaign of intimidation and violence directed at white and black Republican leaders.”

Then, from “A Short History of Democrats, Republicans, and Racism,” we have the following:  “Fact: The Republican Party was founded primarily to oppose slavery, and Republicans eventually abolished slavery. The Democratic Party fought them and tried to maintain and expand slavery. The 13th Amendment, abolishing slavery, passed in 1865 with 100% Republican support but only 23% Democrat support in Congress.

“Why is this indisputable fact so rarely mentioned? PBS documentaries about slavery and the Civil War barely mention it, for example. One can certainly argue that the parties have changed in 150 years (more about that below), but that does not change the historical fact that it was the Democrats who supported slavery and the Republicans who opposed it. And that indisputable fact should not be airbrushed out of fear that it will tarnish the modern Democratic Party.

“Had the positions of the parties been the opposite, and the Democrats had fought the Republicans to end slavery, the historical party roles would no doubt be repeated incessantly in these documentaries. Funny how that works.”

In reality, it has been the Republican Party throughout U.S. history that ended slavery, pushed the Civil Rights movement and legislation.  On the other hand, the Democrat Party—contrary to what is now falsely being taught in U.S. schools–has consistently opposed them.  The Republican Party leadership has its own large problems…lack of work ethic and an, apparent, growing extreme laziness being but two.  However, the Democrats are firmly and irrevocably—unless they finally manage to burn all the books containing accurate historical facts and truth and continue their leftist school retraining of all of our children with lies (parents…where are you?!?)—the political party of slavery, intolerance and racism.  Despite its visible and all too often risible (think Sen. Lindsey Graham and his jumping so fast from Democrat to Republican ideology that he forgets which side he’s on at the moment) ongoing flaws, the Republican Party is not.

The recent Charlottesville, VA debacle and tragedy is the latest in a long series of Deep State moves against President Trump, his supporters and the U.S. Constitution.  The “White Nationalists” group had permits to meet and peacefully protest in Charlottesville the planned tear-down of a statue of General Robert E. Lee.  Note:  This Civil War General—as described by the LL—fought for the South…which (according to the American Left) was the ‘wrong side’ upon which to be and to fight.  Knowing that the group would be in the park—where they were legally allowed to be—the Soros-funded “Antifa” (which is fully fascist unto itself) decided (we suspect were paid and told) to incite and engage in rioting and fight the White Nationalists.  They did.  A young woman was killed.  The White Nationalists strongly appear to have been ‘infiltrated’ by the left—for example, Jason Kessler, the organizer of “Unite the Right” was a huge Obama supporter and a paid member of the “Occupy Wall Street” movement.  Is this beginning to sound like a set-up to you?  It appears that the original, permit-holding protestors may not have been violent, but were strongly and unmercifully provoked with baseball bats.  It also appears that the “KKK,” “White Supremacists” and NAZIs—either real or fabricated paid leftist operatives–knew about the protests and came down specifically to start trouble.

And, what about the car that was said to have intentionally hit the crowd of leftists?   It appears that may have, also, been misreported.  According to the below video which shows that the car driven by James Alex Fields was moving very slowly and carefully through the crowd to allow people to move out of the way…until the car began to be hit by a man wielding a baseball bat (Note:  Many of the Antifa group were videoed carrying baseball bats).  It was only after the attacks on his car began that Fields appeared to begin swerving, in order to get out of the way of his attacker, that screams were heard.  Watch it, then let me know what you think.  Is it enough to at least question the media’s story?

Isn’t it interesting that the RINOs who seem to hate President Trump the most—including those believing they are our intellectual superiors—are some of the most vocal and demeaning to President Trump’s truth-telling?  Has it been that long since these poseurs told the truth that they’re afraid it just might choke them?

And…isn’t it time that we began delving into what really happens in these cases before we jump to our own conclusions?  Isn’t our Republic, at the very least, worth that?  Is truth simply no longer important?  If not…we’ve already lost.

“Am I therefore become your enemy, because I tell you the truth?”—Galatians 4:16

A Short History of Democrats, Republicans, and Racism:  http://russp.us/racism.htm

Why the ACLU defends white nationalists’ right to protest — including in Charlottesville:  https://www.vox.com/policy-and-politics/2017/8/12/16138326/aclu-charlottesville-protests-racism