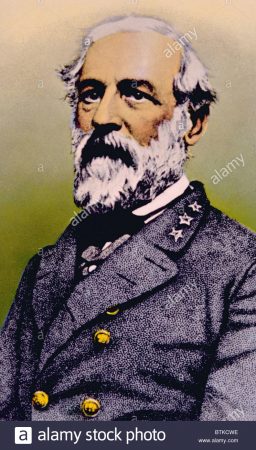 (Aug. 15, 2017) — “Good evening, ladies and gentlemen, and welcome to the ‘Pulse of the Nation,’ the news show that explains today’s insanity. You longtime viewers will recognize Professor’s Zorkophsky’s office and, standing to my right, is none other than the Professor. On my right is the famous best-seller historian and writer of numerous Civil War books, one of which, I must tell you, was made into a motion picture; her name is Zoe Thompson.

“It was a flop but the book sold like pancakes. The book came with a CD of the popular songs of the time, which was the reason for the success.”

“What a novel idea. Too bad we didn’t have anything like that back in the time of Shakespeare.  I would have liked to know how he wanted certain lines of his plays articulated. Professor Zorkophsky, explain to us the ‘anti-protester’s’ mentality, if that’s at all possible.”

“Please, Roving, and you, too, Zoe Thompson, call me ‘Zork.’ Yes, I’ll be glad to explain the mental state of the ‘anti-protester.’

“First of all, if you think the protester is one step over the edge, the ‘anti-protester’ is three steps over the edge. Let me give you an example: tailgaters. Now we all say we’re against tailgaters but they’re still out there, every day and on every road. So obviously there are people who are pro-tailgater, yes?”

“So we have laws against tailgating, isn’t that right?”

“But there’s tailgaters out there, as I said, ‘every day and on every road.’ So let’s have the tailgaters hold a rally; a protest; a gathering of like-minded individuals who are, well, whatever they’re for doesn’t make any difference, not for my explanation, but let’s say they don’t want any more tickets.

“And then there’s the ‘anti-tailgaters’ who are sitting at home and not at work, or if they don’t have a job, aren’t interviewing for one. So they’re at home, for whatever reason, with nothing to do and hear about the ‘pro-tailgater’ protest. Ha ha! Something to do! Something to end the boredom! An excuse to go downtown!

“We can’t be having ‘The Adventures of Huckleberry Finn, ‘Uncle Tom’s Cabin’ and the Bible on our library shelves. They’re manipulating us word-by-word; sentence-by-sentence; book-by-book and idea-by-idea; the DEEP STATE is taking over insidiously: dumb-down the population by legalizing marijuana, as if alcohol isn’t enough of a brain-cell destroyer. They’ve taken over the radio and television, although there are still a few pockets of light left.”

“Maybe someday I’ll ask you what you really think about it. So you’re saying the pro and anti’s are manipulated by others?”

“Everything I watch I record. I recorded the Muslims in East St. Louis and in Newark, NJ, celebrating, cheering, smiling and clapping on the apartment second-story walkways as the Twin Towers fell; I recorded the riots in Ferguson, MO, and in Charlottesville, VA, and isn’t it interesting that I identified the same people at both protests?”

“Not surprising in the least; remember these professional protesters don’t give a hoot about the subject; they’re just working for THE MAN.”

“What’s your take on it, Zoe Thompson?”

“My father is on the city council and he has a brother-in-law who is a street-paver. I heard my father say he could get him a government contract to pave over all the Confederate battlefields so my family is going to be very rich very shortly. The giant companies who donated to Obama are somehow involved in all of this.”

“Wouldn’t surprise us in the least. Well, I see that our time is up. What’s that? Oh, Zork says he’s ‘not against protest and don’t be putting words into his mouth.’ Okay, that just about does it. And so, on behalf of the crew, I’ll be wishing you all a goodnight: Goodnight.