The Disconnect of Professional Sports (RR) 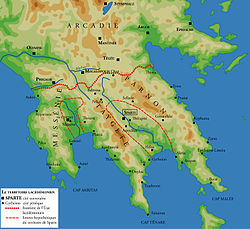 (Aug. 14, 2017) — “Good evening, ladies and gentlemen, and do we ever have a show for you. I’ve been chatting with John who just wrote the book: “Where It All Went South.’ Hello, I’m Mr. Roving Reporter who’ll be your host, and you’re watching (and if you’re not watching you’re reading a sanitized and highly-edited transcript) ‘Pulse of the Nation.’ Okay, John, for $20 what do I get?”

“John, keep talking. A pregnant pause may have worked for Paul Harvey, but with silence lasting more than a heartbeat in television we start to lose viewers, so keep talking. What was designed?”

“Oh, sorry; I’m not very good at talking in public; I’m just a writer of history. And in this case I wrote about the history of sports, starting way back in the time when Athens and Sparta would go at it.

“Oh, excuse me. Let me explain: in the beginning, what we call ‘sport’ was a substitute for war. You see, back then if a tribe or a village lost a lot of their men due to injuries or death, every one of the village was doomed.

“Let’s say North Paris and South Paris had a war and most of the warriors died, on either side, then who would do the hunting and defending and all the other tasks that the part-time warriors did back then, before groups of people could afford full-time professional soldiers, airmen and sailors?

“Why, it would be catastrophic, that’s what. Definable groups of people could be wiped out. And that’s how competition started, as a substitute for war. So fast-forward to the USA back in the 1700s and early 1800s, schools that were associated with townships became the violent expression of that town. If your team ‘lost’ they weren’t killed; in baseball, a ‘sacrifice fly’ isn’t taken literally; just like if you’re ‘out’ you still get to take to the field and bat again when your turn comes up.

“Back then all the children were, basically, born and raised in the vicinity from which they competed. Up to the university level all the kids on whatever team had to be citizens of that state. And when teams started, like Brooklyn’s first sandlot baseball teams, all the players were from Brooklyn. Makes sense, doesn’t it? Then they became professional, and even if a player wasn’t born and raised there, they moved their family when they were hired. Are you with me?

“So the Chicago Cubs had everyone living and raising their families in Chicago Land; none of this ‘going home’ in the off-season.

“And then it became even more confusing when teams recruited hockey players from Russia and Sweden. So that’s why a college basketball team from Iowa can have a seven-foot center who was born and raised in Kenya, Africa, on the ‘championship team’ and no one bats an eye.

“AND THEN we have professional football teams where the chances of any of its players even having visited the city they’re representing before they were 20 are zero to remote. To make matters worse, these players are traded from team to team throughout the year. 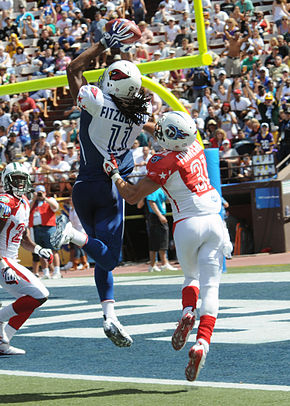 “And now we have professional athletes who ostensibly represent a geographical area refusing to stand to honor Old Glory during the National Anthem because of some childish and immature sorry excuse of ‘I’m a real he-man even though I never served in the United States military; never wore the uniform of my country; never saluted Old Glory with pride and honor; never was put in harm’s way; never had to put my life on the line for God, Country and the guys who were watching my back as I was watching theirs.’ I, me, John, the author of this book: if I ever see any of them in person I’ll let it be known my total disrespect and utter contempt for such spoiled brats. They’ve shown me nothing in the way of the warrior; what they have shown was a disrespect for each of us who revere the sacrifices of those who’ve gone before us at Chu Lai; Pork Chop Hill; the beaches of Normandy; Gettysburg; and Lexington Green.

“So I refuse to watch any sport, not just one or two teams, but the whole sport if even one player does not stand and honor our flag, and that’s what the book is about.”

“Wow, John, you came through like a trooper. Good for you, and thank you, crew and bystanders, for applauding John. That was really good. And that killed the clock, as they say, figuratively speaking, of course. And so, on behalf of the crew, I’ll be wishing you all a goodnight: Goodnight.

“Hey John, join us for burgers: my treat.”

The Disconnect of Professional Sports (RR) added on Monday, August 14, 2017