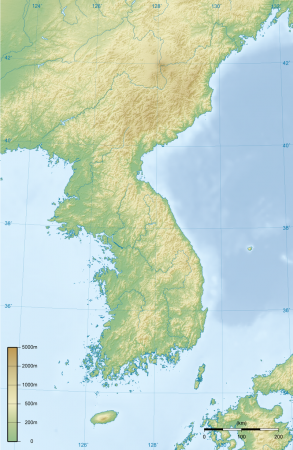 (Aug. 10, 2017) — “Good evening, ladies and gentlemen, and welcome to another exciting episode of ‘Pulse of the Nation.’ Hello, my name is Roving and I’ll be your host until the next commercial. As you can see, we’re once again on our corner across from the railroad station under the awning about to ask some random passerby what concerns him today. Excuse me, sir, care to be on ‘Pulse?’”

“Not a chance. Why, I wouldn’t be on your show for a million bucks.”

“For real? What if I waved this crisp twenty-dollar bill in front of your face?”

“When it’s over. Here’s the question: if we go after North Korea, who’s to say China won’t chime in?”

“Nobody. If there’s one thing we should know, it’s that you can’t trust the Chinese. Come to think of it, we can’t trust anyone these days.”

“And why do you think that is?”

“Because after eight years of Obama, the current government is totally infected with Obots (that would be Obama/Hillary-lovers). Okay, I know we have a great president, but just look around you and count the Muslims. Look across the street; there’s five burqas. It’s the end of our country. Not many years in the future every politician will be a Muslim: we’re in the dawn of the twilight of the end of democracy, unless we start taking the bull by the horns and acting like responsible Patriots. What are the chances those burqas are here for the American Dream?”

“Well, I say none, but getting back to North Korea, what else do you have to say?”

“Truthfully? We settled for an armistice after the police action was concluded. The Korean War ended in a stalemate because we were afraid of the Chinese, is what. And we’re still afraid of them and there’s my train. Thanks for the $20. Bye.”

Oh, sorry: I forgot to read a letter.

We all miss the talking dog terribly.

“Next in line, please. Hello, Miss, what’s your name, and what about North Korea?”

“I saw you hand $20 to the last person, so I want mine. Matter of fact, I want $40 because I was in the Homecoming Court. And let’s add another $20 for general principals.”

“I’m sorry, but you’re so totally out-of-line. Next? I’ll take the next person in line, please. Lady, step aside. Let me say goodbye by saying I pity your future husband. And off she goes, yelling, ‘I’ll sue you!’ Whew; some people. Okay; back on track: what’s your name, and what about North Korea?”

“It takes all kinds, doesn’t it? My name is Mary and I think that Trump has many problems, but if he can chew gum and walk at the same time, then why isn’t he deporting the Muslims from our country? I mean, can’t he build the wall and deport the Muslims at the same time?”

“We were talking about North Korea.”

“There’s only two countries in the whole world that have the slightest interest in North Korea: China and South Korea, and maybe Japan. There’s not one U.S. citizen that gives a flying hoot about North Korea. Oh, sure, it’s too bad that the population is starving, but we can’t stick our noses into each and every corner of the world. Remember that age-old question about ‘If you could go back in time and kill Hitler, would you?’ It seems to me that this monster as the leader of North Korea fits into the Hitler category, don’t you think?”

“Of course, and the sooner the better, unless, as they say, he gets religion. Is that your train? Better hurry.”

“Oh, jumped right on in, did we? What are you up to on this beautiful day?”

“Going to work, but we really don’t do that much, since I work at the Parks and Recreation Department. You know why they call it the P&R? Because we go to the park and do recreation, that’s why. But we do it very well, I might add.”

“What do you mean by that?”

“Well, now, think about it. What if you went to a park and couldn’t relax for whatever reason? You’d complain and wouldn’t go to the park anymore, now would you? So what we do is go to the park and see if we can relax. Yesterday we had the badminton semifinals, by the way. And last winter I was the fastest speed skater representing South Park, Women’s Division.”

“Like one of my coworkers says: ‘We pick up our Welfare checks in person,’ although it’s all direct deposit these days.”

“What’s the plan for today?”

“Sun bath followed by a BBQ; nap on blankets in the Common Ground; pick up trash and then Punch Out. Another pretty busy day, but we’re used to it.”

“Wow, I really had no idea you all worked that hard. I must say that I didn’t have a whole lot of respect for City/County/State/Federal employees until now. Hey, is that your train? Thanks for talking with us.

“Imagine that? We got to meet Nancy, the winner of the speed skate race, Women’s Division, South Park. Well our time is up, and so on behalf of the crew, I’ll be wishing each of you a goodnight: Goodnight.

“Good show. I heard stories about Obama’s Muslim prayer rugs in the White House, and as soon as we can get confirmation, we’ll track down one of the housekeepers.

“And my take on North Korea: take them out. I’ve friends who live in a suburb of Honolulu who moved from Israel because he got fed up with living under the threat of an attack at a moment’s notice, or, really, no notice, and he says, ‘I just spent $10,000 to move next door. I’m right back where I started from.’ Let’s get out of here. Burger time: my treat.”