Let’s Not Tell Anyone (RR)

“IT FALLS RIGHT IN HILLARY’S LAP” 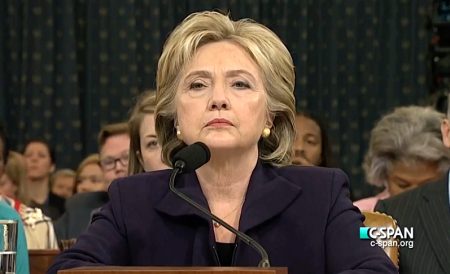 (Aug. 5, 2017) — “Good evening, ladies and gentlemen, and do we ever have a scoop for you. This show is called ‘The Pulse of the Nation,’ and I’m Mr. Roving Reporter. If you’re a first-time viewer don’t be surprised by anything you learn because every show is an eye-opener. Let’s get right down to it: this morning a pigeon landed on our windowsill and delivered a note that read: ‘Follow the directions on this map and you’ll get the scoop of the day.’ And that’s exactly what we did.

“So we’re in the Babylonian exhibit at the museum, between some very scary-looking statues, a replica of the Ishtar Gate  sitting next to… what did you say your name is?”

“Four? Why not number one? What, you got three other secret agents in front of me? Where are they? Maybe one is in the Egyptian section of this very museum. How can I trust you? You promised not to show my face, tell my name and to disguise my voice.”

“Look, just tell me what you’ve got to reveal to us and we’ll go from there.”

“I work for a government agency that tracks words, believe it or not. After Trump won we started to hear words and phrases that we never heard before. The most common subject was, ‘I don’t even remember what I got hired for.’ It seemed the greatest concern was that they’d be exposed as worthless government employees and forced to look for jobs in the private sector, which they took as one big joke.

“The larger the department, the larger the budget for hiring clowns; I kid you not. There’s a Department of Gainful Employment: Clown Division that reported a 100% clown employment rate, the highest since the completion of the Panama Canal.

“We heard that Hillary was looking for a scapegoat and then a lot of chatter about the Third Reich and the Nazis. We monitored that the blame could be laid on the Prussians and then someone wanted it all in writing so they could send it to the television stations.

“Now this is where the story really gets interesting. Okay, these government employees, many of them never even show up for work, you know, with direct deposit and all. So, anyway, they ask this guy named Jones to run a message from one building to another, but this Jones guy was up in Alaska salmon-fishing so he calls his son to do the errand for him, okay?

“So this kid picks up the message but he stops for a Slurpee but then he gets ‘T’-boned at an intersection; the Slurpee spills and gets the message wet, which makes the ink run so the ‘P’ is obliterated, with me?

“So, finally, the kid drops off the message on who to blame for Hillary losing the election. Now, the person who reads the message never heard of the Prussians, and why would they? They just figured whoever wrote the message just didn’t capitalize the ‘R’ and that’s how the Russian narrative was born.  I kid you not; after all, truth is stranger than fiction.”

“Wow. So it falls right in Hillary’s lap after all.  The whole Russian narrative is just a cover-up for bad policy: socialism, open borders and amnesty, beside the usual bribes, kickbacks and Pay-for-Play.

“Molly, our sound-boom operator, has just signaled me that it’s time for me to say thank you for watching and, on behalf of the crew, to wish you all a goodnight: Goodnight.

“Another great show. Pretty nifty stuff here at this out-of-the-way and seldom-visited museum. What do you say we grab a burger somewhere: my treat.”