“IDLIB PROVINCE IS A SERIOUS PROBLEM” 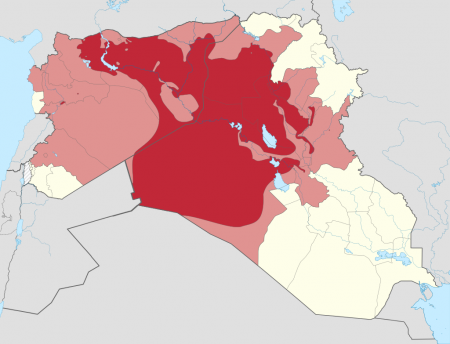 (Aug. 4, 2017) — A transcript from a briefing by the U.S. State Department on Friday reveals that according to Special Presidential Envoy for the Global Coalition To Counter ISIS Brett McGurk, nearly five million people who were terrorized by the brutal Islamic group ISIS are now free of that scourge.

President Donald Trump has made “destroying” ISIS one of the prominent goals of his administration in addition to preventing Islamic radicals from entering the United States.

McGurk recounted that at the time of its organization in 2014, ISIS contained some 40,000 fighters who sought to destabilize Syrian government forces and their “opposition” by launching attacks on both factions in the midst of the Syrian civil war.

An Al Qaeda splinter group, ISIS eventually gained control of some of eastern Syria and large portions of Iraq, eventually taking over the city of Mosul.

On March 17, 2016, then-Secretary of State John Kerry characterized ISIS’s attacks on religious and ethnic minorities in Iraq as a “genocide.”  Women and children have been taken as slaves, sold and tortured.

On July 10, after a nine-month hold on Mosul, ISIS was eradicated from the city by Iraqi soldiers and an array of forces forming the coalition led by the United States to which McGurk referred in his Friday update.

McGurk also reported that approximately two million former refugees from ISIS-ravaged areas have been able to return to their homes. Referring to Secretary of State Rex Tillerson, McGurk commented, “That is almost unprecedented in a conflict like this in terms of getting returnees back, and it’s due to a lot of the work that the Secretary mentioned here at the podium the other day about our stabilization and humanitarian effort that goes in parallel with any military campaign.”

The Department of Defense (DOD) has led the stepped-up military effort to “annihilate” ISIS from the region and the world in a campaign named “Operation Inherent Resolve.”

The DOD regularly releases reports of civilian casualties as a result of the operation which today stand at a “likely” 624.

The State Department’s role has been to provide humanitarian aid to refugees and “stabilization” in the region, which includes locating and removing land mines and debris so that the once-indigenous population can return.  The cities of Tabqa and Raqqa in Syria are specific areas where State personnel have provided experts to “clear” school buildings which ISIS had wired to explode.

However, in answering a question toward the end of the briefing, McGurk said that “long-term reconstruction of Syria is really dependent upon getting a credible political horizon on the table.”

Despite the progress made over the preceding half-year, McGurk corroborated recent news reports indicating that Idlib Province in northwestern Syria remains “a serious problem” as “a haven for al-Qaida.”

Editor’s Note:  An updated transcript of the briefing was released later on Friday.