IS AMERICA REALLY THE “LAND OF THE FREE?”

by Michael Gaddy, blogging at The Rebel Madman, ©2017 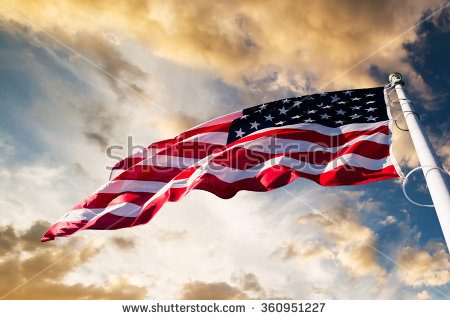 (Jul. 30, 2017) — Freedom and Liberty are words with different meanings to many; I suppose we could see, like beauty, freedom and liberty are in the eyes of the beholder. Millions sing along with the lyric “home of the free and land of the brave” even though we currently reside in a country where the masses are more enslaved economically than at any other time in history. We also hear repeatedly that our military is fighting for our freedoms, yet with the past 16 years of continuous warfare conducted by our military, personal freedoms have evaporated at a rate never before seen in the history of this country.

The country promised by those of our founders known as the Federalists ended and the government predicted by our founders known as the Anti-federalists began on that fateful day of April 9, 1865 at a place known to history as Appomattox Court House. Then and there we all became economic and physical slaves on that great nationalist plantation known as the American Empire, for that is the day our country and its people became the property of the international bankers and their bought and paid for minions known as government employees.

“The funding systems are always based on public debts, for the purpose of transferring the control of the government into the hands of the bondholders as security for their obligations.

Whilst the funding systems last, the government is administered in the interest of the bondholders, who control its legislation. Every independent government is jealous of the rival power of those monied oligarchies, which dethrone monarchies and destroy governments by the transfer of the debt to strangers, who thereby secure a powerful and dangerous influence in the government and work its destruction.” Crimes of the Civil War and the Curse of the Funding System by Henry Clay Dean, published in 1867.

In April of 1865, America, because of its great indebtedness to the international banking cartel, debt incurred to prosecute a war, was no longer the home of freedom or liberty. Few are those who know, or even care for that matter, that the bankers of Europe financed both sides of the war history mistakenly calls the Civil War.

Why would anyone finance both sides in a war you might ask; the answer is obvious: regardless of who wins, the victors and the vanquished become the property of those who hold that debt. In this case, as in every war since, the owners are those known simply as the international banking cartel. Those same folks who own you, your home, your business and all the property you call your own. The only thing they cannot own is your soul, unless you become a worshiper of the entity known as government.

You really don’t have to openly worship government itself as long as government employees are viewed as entities worthy of praise and adoration in your eyes. Just ask yourself: who gathers more of your attention, those who teach the tenets of freedom and liberty or politicians and other “public servants?” If government owns and controls them, by default it owns and controls you.

In order to survey the country the international bankers sought to control, in 1859 they sent one of their own to America to survey the political and economic landscape in order to devise a plan to place this country into total subservience by miring it in oppressive debt which can logically and physically never be repaid.

Remember, the founder of the Bank of London, one William Paterson, said in 1694, “The bank hath benefit of interest on all monies it creates out of nothing.”