“THEIR BASIC PLAN IS TO OUT-VOTE US” 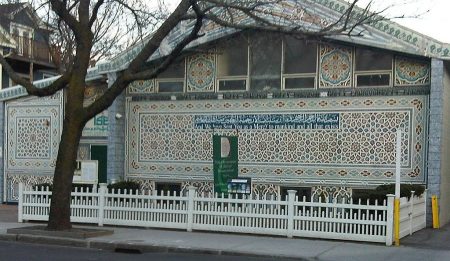 (Jul. 27, 2017) — “Good evening, ladies and gentlemen, and welcome to the ever-popular show that’s talked about the next morning at the water cooler, ‘The Pulse of the Nation.’ Hello, I’m Mr. Roving Reporter and will be your host for tonight’s entertainment. We’re on a corner, but it’s not our corner; we’re in New York City on the corner of a television station. There’s a little crowd out here so let’s mingle and maybe we’ll learn something interesting and get in a few laughs.

“Why the heck not? I can wave if I want to. Who the heck are you having the gall to tell me not to wave?”

“I’m Roving, and see those nefarious characters across the street? It doesn’t look like they’re doing much, does it? Wrong: they’re spotters, and by waving you’ve just been spotted as gosh-darn fool. What you did by waving was to let them know that you’re a tourist and, as they say, ripe for the pickin’, since you probably just got off the farm. Anyway, that corner over there is reserved for members of the Muggers’ Union.”

“’Muggers’ Union’? What kind of malarkey is that? And what’s that camera doing there? And tell your sound-boom girl to get that furry-looking thing out of my face.”

“Just trying to help by being a good neighbor but, just as you can’t make a horse drink when you lead it to water, you’re not taking some darn good advice. Now as far as the Muggers’ Union goes, it was set up by none other than Rudy Giuliani in his ‘Clean Up Our City’ campaign. How he did it was to sign up poor people who needed dental work – the muggers – who would go out and ‘mug’ (don’t worry; it’s a verb) and the victims would complain. Then cops would arrest the muggers who, after they ‘mugged,’ would call in to the police who would then arrest them; the tourists got their money and cameras back and the muggers would be carted off to jail for their free dental work.”

“Here’s the thing: de Blasio, the Bozo of a mayor — the guy who took off after that nice lady cop was murdered — did away with the union and now we’re back to square one. Sad: a classic case of a Democrat ruining yet another beneficial government program which, I must admit, are few and far between.”

“Sorry, the crew and I have a bet going: you wouldn’t be from Iowa, by any chance?”

“We are; what’s that have to do with anything?”

“Goodbye; we’re leaving you to your Fate. Let’s go to the park.”

Interlude: “Saturday in the Park”

“Here we are in Central Park, and my first impression is that it’s one big park, and we have to thank the city planners for setting aside this land for, if nothing else, trees. Learned this in grade school; written by Joyce Kilmer.  Each of us had to stand in front of the class and recite it. To tell the truth, I never thought I would ever see this poem again, but it fits in perfectly here:

I think that I shall never see
A poem lovely as a tree.

A tree whose hungry mouth is prest
Against the earth’s sweet flowing breast;

A tree that looks at God all day,
And lifts her leafy arms to pray;

A tree that may in summer wear
A nest of robins in her hair;

Upon whose bosom snow has lain;
Who intimately lives with rain.

Poems are made by fools like me,
But only God can make a tree.

“From the concrete jungle to this outdoor feeling is really refreshing. Lots to be said for leaving as many trees as possible, which is at the opposite end of the spectrum for the strip-miners and housing developers who believe in clear-cutting to maximize profits. Maybe someday I’ll tell you what I really think about those people, but not today. Today we’re searching for someone to interview. Hello, care to be interviewed on television? No? What about you?

“Tough crowd; let’s head on over to the zoo. Hello, sir, got time to be interviewed for ‘Pulse?’”

“I know who you are; hello, crew. You know, it was my job, every day, to watch ‘Pulse’ and write an After-Action Report; a synopsis of your main theme. I must say, you were one of the more entertaining shows I had.”

“What were some of the others? And who did you do this for?”

“I had only one other one: Rachel Maddow‘s show, which was a real bummer. There’s a person who needs your Professor Zorkophsky pretty darn bad, but I don’t think even he could ever straighten her out. A ‘fact-denier’ if there ever was one.

“I can’t tell you the name or the letters of the government agency I worked for (since I signed a nondisclosure form when I retired), but I can say that I worked in a suburb of Washington, DC. Do you know that your show and Maddow’s show are always 180 degrees apart, that there’s no common ground whatsoever?”

“That’s not surprising, but what I want to know is what were the political concerns on the front burners?”

“The influx of Muslims since 9-11 has been our greatest concern, by a country mile. Nothing even comes close, not even illegal immigration. We used to have agents in the mosques recording what kind of hate they preached, but what we came away with even took us by surprise.

“The thing is, Arabs on the whole, and Muslims in particular, don’t tell time like us Westerners. You see, our past is long ago, such as the days of Ponce de Leon and the Mayflower; Davy Crockett and the Conestoga wagon. Muslims, on the other hand, still mourn for when they got kicked out of Spain, as if it happened yesterday.

“Our future we anticipate; the Muslims wait with the patience of Job. Now this is what we learned that was so shocking: they are mandating that every Muslim woman have baby after baby, as if they’re a conveyor belt pushing out babies, which is exactly what they’re doing, their basic plan is to out-vote us. So, bottom line: they’re not making babies: they’re manufacturing votes.

“And when, someday in the future, they have enough votes to implement Sharia Law as the law of the land, they’ll do so. They will vote the Constitution null and void: and that’s the reason why Muslims have no aspirations to assimilate into the American Dream (freedom of speech and religion; equal rights for women). The America today is not the America of their future, as they see it, which is why Islam needs to be listed as a terrorist organization so we can bypass a lot of red tape when we deport them.”

“Well-said. And I see Molly, our sound-boom operator, is motioning me to sign off and so, on behalf of the crew, let me wish each and every one of you a goodnight: Goodnight.

“Good show. Now back to the airport and home, but first let’s try one of those New York pizzas that they’re so famous for: my treat.”