CANDIDATES FOR GOVERNOR IN GEORGIA SHOULD BE MADE TO TALK ABOUT ILLEGAL IMMIGRATION.  GEORGIA HAS MORE ILLEGAL ALIENS THAN ARIZONA. 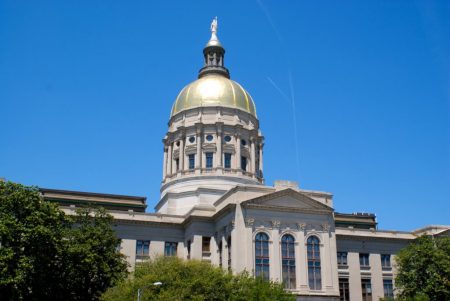 (Jul. 27, 2017) — We hear that some candidates for governor are telling voters they “would punish sanctuary cities…” if anyone brings up the topic of illegal immigration. That is good to hear. But the reality is that Georgia already has sanctuary city laws in place and this response is really without substance and is rather disrespectful to trusting voters.

From the Atlanta Journal Constitution:

Are there Sanctuary Cities in Georgia?

Georgia has outlawed sanctuary cities in the state since 2009.

State lawmakers last year (2016) went a step further, in response to the killing of a California woman by a man who was in the country illegally.

Atlanta has said that it remains a welcoming city for immigrants, but stops short of labeling itself a sanctuary city.”

FAST FACT: Georgia Has Already Outlawed Sanctuary Cities in the State – in 2009 – but is Still Issuing Drivers’ Licenses to Illegal Aliens added on Thursday, July 27, 2017

One Response to "FAST FACT: Georgia Has Already Outlawed Sanctuary Cities in the State – in 2009 – but is Still Issuing Drivers’ Licenses to Illegal Aliens"