Ever Use a Vacuum Cleaner Bag? (RR) 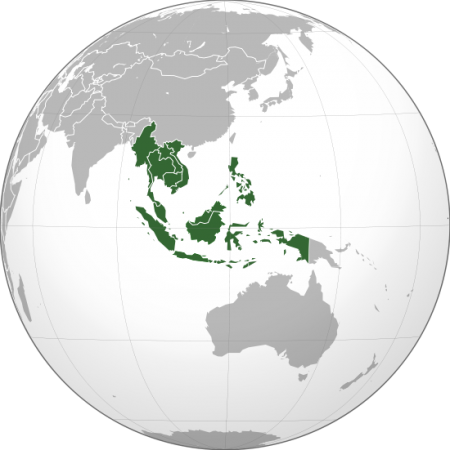 (Jul. 29, 2017) — “Good evening, ladies and gentlemen, and welcome to the ever-more and more popular show that’s taken the city by storm, ‘The Pulse of the Nation.’ Our job is to — besides fill the empty time between commercials — let you know what the concerns of your neighbors are. We’ve changed our format somewhat in that we read a letter or two from our viewers, so let’s get that part over with forthwith.

You are nothing but a pompous Fascist Trump supporter. You seem to have a problem with Muslims practicing their religion such as killing Jews and Christians, raping unbelievers and beheading children, honor killings and FGM’s. I hope you have a really bad day.

A longtime watcher of your program,

And here I thought that I was going to be able to go to sleep tonight without a worry, but now I see that I’ll toss and turn feeling bad about you apparently being upset over my not buying into the Islam horse hockey.

“And now let’s get on with the show. I’m Mr. Roving and will be your host tonight. As you can see, we’re back on our corner about to waylay people going about their day, presumably on their way to work or visiting our ‘what used to be’ a great city. And here’s our first person to be interviewed. Hello, Roving here.”

“I know who you are; been watching your show ever since it hit the airways. I like the new ‘letter’ format, by the way. Okay, shoot: what’s the question of the day?”

“Thanks for being a longtime viewer, by the way. And the question is: what’s your name and what do you do for a living?”

“My name is Pam and I’m a grad student at the university; Professor Zorkophsky is my adviser.”

“So that means what? You’re going to be a psychiatrist?”

“No, I’m going into law, specifically dealing with property boundary law, or PBL, as we insiders call it.”

“But that’s what the law is: a world of esoteric gibberish that only the informed members can decipher. A doctor of Jurisprudence is tantamount to being able to speak a foreign language. Well, young lady, good for you: our country needs more lawyers.”

“That was nice music, thanks to our secretary. Next, please.”

“What the heck is that supposed to mean, Ted?”

“Well, it means I’m a government employee and will have my 30 years in about 20 years, is what it means.”

“You’re saying that you’ve been at your job for ten years and consider yourself retired?”

“I’m no different from any other government employee.”

“Never said you were, Ted. By the way, what do you do for the government?”

“Well, since we can’t ask a lot of questions on our applications for employment, such as age and sex, we have to come up with inventive ways to get around a lot of hurdles. For instance, we ask, ‘Check “Y” or “N”: have you ever purchased a vacuum cleaner bag?’ If they check ‘Y’ then we know they’re too old for us to hire.”

“Okay, what about asking if they’re male or female? How do you circumvent that question?”

“Easy: we ask the question: ‘Check Y or N: have you ever been on your hands and knees and scrubbed a floor?’ And I’ll have to let your viewers figure that one out since that’s my train pulling in. Bye.”

“Goodbye, government employee. Amazing, isn’t it? Hey, anyone seen that ‘Talking Dog’ around? Over there? Come on, crew, and follow me. Hey, ‘Talking Dog,’ wait up.”

“Oh, hey there, Roving and crew. How you all doing?”

“You know the dog doesn’t talk. It’s me talking, although the dog says you’re welcome to come to the dog park with us.”

“No, we can’t: we’re working, you know, on the corner interviewing people. Let me ask each of you what’s the concern of the day?”

“Speaking for myself, not much. The dog says she’s really disappointed in our Congress not acting on what’s best for America. The dog says you’re letting hundreds of people into the USA a day who think dogs are ‘unclean.’ Ever been overseas and walked by a Muslim section of a city? Try going to Marseilles, France, and all you’ve got to do is follow your nose to find the Arab section, the smell is that bad. And I don’t know if you’ve noticed or not, but it’s getting that way in many of our towns and cities: the overpowering stench of a failed system of governing and of a failed people, trapped in the 16th century for eternity.”

“So the dog doesn’t have much faith in Congress; what about President Trump?”

“The dog says these so-called ‘news’ stations are doing a disservice to the country and the joke’s on them. Imagine how low on the spectrum of the hierarchy you’d have to be to be on the bottom in America. Let’s omit the obvious: the murderers, child molesters and rapists; next up would be your thieves, robbers, con-artists and your CNN and MSNBC employees; and then up from those liars you have your teachers who make over $100,000 a year who can’t seem to teach inner city kids how to read and write, or professors in universities who teach gullible children that Socialism is good as long as the professors get to keep their cozy professorships.”

“What are you two up to today?”

“The dog says we’re going to the park.”

“I say we’ll probably go to the dog park.”

“Well, it’s good to know that you two are in sync, unlike Congress and the president. See you two around. Okay, we’re back on our corner and have time for just one more person to interview. And you are?”

“Fred. Fred’s my name, short for ‘Frederick.’ When I wanted to impress the girls I’d say that ‘Frederick the Great’ was an ancestor, but I’m not German and they didn’t believe me.”

“Offhand, I’d say you were Japanese.”

“No Prussian? No European at all?”

“What’s your take on North Korea?”

“Any more you’re not allowed to say?”

“Very much so but I, how you say, ‘cut-it-short’? Yes? Okay, then, I cut it short only to say that the island, China’s permanently-anchored flattop in International Waters, is a very grave concern for Japan. You see, Japanese fishermen have been working those very same waters but no longer: China sends gunboats so, as you Americans so fondly say: ‘There you are.’”

“No like. You know what China is? China is smiling as they shake your hand but other hand hides knife behind back. America can’t trust China to do diddly about North Korea because anything North Korea does to hurt South Korea, Japan and the USA is all in China’s favor: they’ll let North Korea take the blame while the Chinese smile with knife behind back.”

“Hey, will you just look at the time? And so, on behalf of the crew, I want to wish each and every one of our viewers (and readers) a goodnight: Goodnight.