“THE GOAL IS TO CREATE LEGAL, OPEN BORDERS” 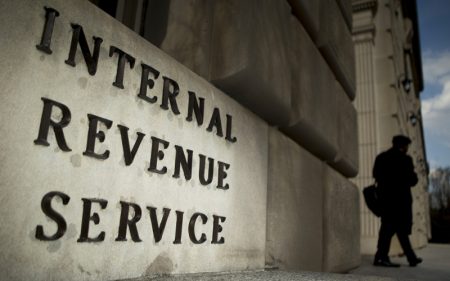 (Jul. 18, 2017) — In the final segment of an interview with Georgia immigration-enforcement advocate D A. King last month, King maintained that the numbers of workers who enter the United States each year, whether legally or illegally, affects every other aspect of Americans’ daily lives to include education, national security, culture, taxes and wages.

King is president of The Dustin Inman Society, a Marietta-based organization which he said has developed a reputation for “getting things done” in the immigration-enforcement arena, including successfully urging state legislators to pass laws aimed at increasing the safety and security of all Georgians.

Our coverage of King’s work and research can be found in two previous articles here and here.

As background information, King said that the organization’s Board of Directors consists of Billy and Kathy Inman, for whose son the group was renamed in 2005, as well as others, including African-Americans and Hispanics, who want to see state and federal immigration laws followed. “What we count on are pro-American and pro-enforcement people recognizing that our cause is just and that we actually get things done, including state legislation and keeping leftists from becoming federal judges,” King told us.  “Being pro-enforcement is not ‘anti-immigration’ and not limited to one type of American.”

Of the activities of The Society, King told us, “We have a very large email list and can produce about 10,000 letters to politicians if we need to. We depend on donations; I do most of the work.”

After having focused most of our interview on the state of Georgia’s approach to its illegal-alien population, toward the end of the discussion, King addressed the effects of non-enforcement on a national scale:

People don’t understand that immigration into this country, whether it’s legal or illegal, affects pretty-much every other issue.  The highest expense of illegal immigration is educational costs.  Then there are tax benefits to illegal aliens and child tax credits.  There was an article in an Indiana paper about $4 billion per year going to illegal aliens for child tax credits.

Immigration affects your quality of life, your national unity as far as language.  We don’t have an official language in this country, and we may never have it because we’ve imported people who want to perpetuate their home country and their home traditions instead of assimilating.

People who think that immigration is somehow a separate issue from health care, education, their taxes or safety are sadly mistaken.

Another important point is that many people will allow themselves to be concerned only about illegal immigration; they get the idea that “illegal” is bad and “legal” is good.  They’re willing to put themselves in a position supporting the fact that we’re already bringing in 1,000,000 immigrants and about 700,000 guest workers a year and that our wages are stagnant.

As far as the elite are concerned, immigration is done to keep wages low.  People have to understand that the “illegal-bad, legal-good” philosophy is flawed in that if you will accept that any amount of “legal” immigration is good, then you are going to participate in the eventual goal of open borders. If you have open borders in this day and age, you don’t have a country.

One of the largest welfare systems, the most valued commodity on this planet, beyond gold, is an American passport.  We have this interpretation of the 14th Amendment — birthright citizenship — that anyone who is born here is an American citizen.  With open borders, you could eventually, in one generation, have much of the world, at least much of North America, claiming American citizenship and using our welfare system.

People need to understand what’s really going on here; it’s far more than whether or not someone is going to mow your lawn for $10.00.

I’ve been to the border in Arizona five or six times and served as an escort to state legislators out there. I know a lot of retired Border Patrol agents and ICE agents.  I know some who are still active.

Referring again to his home state, King concluded with:

Georgia has more illegal aliens, according to the federal government, than does Arizona.  We have a corrupt government, and we have an up-and-coming demographic change which will eventually put the Democrats in power.  I will say we’re about 20 years behind what has happened in California.  I try to make people understand that we are well on the road to becoming “Georgiafornia.”