In Tennessee, state and federal constitutions are meant to establish the RULE OF LAW as elemental to the exercise of our form of a Republican, representative government.

The rule of man is rejected and condemned outright.

However, Tennessee’s government overthrew its constitutional form of government under the RULE OF LAW in a land we’ll metaphorically describe THE MANOR FARM, in favor of a lawless sort of government where THE RULE OF MAN prevails, that is on: THE ANIMAL FARM!

It was in response to a 1923 appeal when Tennessee Supreme Court Judge L.D. Smith came to play a crucial role in the judicial and legislative history on the method of selection used to appoint county grand jury foremen in Tennessee.

According to law (de jure) as it applied in Henderson County in 1923, Judge Barham was required to select the grand jury foreman. But in the Roberts case, Barham failed to do so leaving the task, in fact (de facto), to another judge.

Roberts argued the infected person was disqualified as a juror, rendering his grand jury under-populated and consequently disqualified as a group entity; handicapped not having the required number of voting members assembled.

Roberts properly contended that as a matter of law (de jure), his grand jury was illegal.

Paraphrasing here, Charles Dickens asked in 1854: “What happened to the laws meant to protect us?”[ii]

With the 1919 achievement made history, attempting further to inculcate the lawless rule of man, Tennessee’s attorney general argued there existed “a certain sanctity in this relation of life,”[iv] after fully four years well-served in the unconstitutional practice empowering judges to handpick county grand jury foremen.

In testing appellant Oscar Roberts’ 1923 challenge to the outlawed judicial selection of Roberts’ Henderson County grand jury foreman, the Tennessee attorney general countered with the nascent argument that the outlawed (de jure) foreman who signed Roberts’ indictment was an “in fact” (de facto) officer, acting under a color of office, and the outlawed foreman was therefore to be accepted as a juror and foreman obedient to the lawless rule of man.

Cornelius’ assertion was that in the established, mandated, outlawed scheme, it made no difference which judge illegally cherry-picked the non-juror foremen from the county population at large.

“Trust the judges,” Cornelius said, no matter THE RULE OF LAW.

Supreme Court Justice Smith did not agree. Smith ruled, as much in an act of taking judicial notice as Judge Smith provided Roberts remedy and relief:

“There is no such thing as a de facto grand jury, for the law undertakes to provide the method of selecting men who can prefer a valid indictment, and no others can do so.”

Justice Smith reversed Roberts’ conviction and sent it back to Circuit Court Judge Barham to be handled in proper proceedings, in accordance with the law (de jure).

Thirty-five years passed after Supreme Court Judge Smith handed down his judicial notice and Roberts’ ruling when another challenge arose in 1958 contesting the illegal method of selection of Tennessee’s Shelby County grand jury.[v] 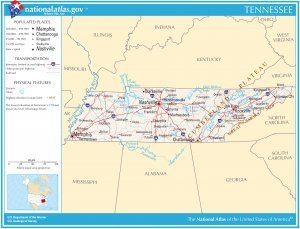 Calling up the 1923 Roberts judgment, appellant Flynn “very earnestly and forcefully argued that the way the grand jury was impaneled [in his case]” was an act of lawlessness. Flynn attacked his grand jury as being “de facto.”

It was set down that the RULE OF LAW no longer applied.

Instead, Tennessee’s ANIMAL FARM RULE OF MAN prevailed. In Flynn v. State, the ruling handed down empowered state courts to assemble county grand juries whether by right or not, unbound by any law.[vii]

Engaged readers need know nothing more about the Flynn ruling than this: Reversing its 1923 ruling completely, the Tennessee Supreme Court affirmed:

“There may be de facto grand jury, and when such a jury acts in absence of fraud or prejudice, its actions are good.”

As author Orwell describes it for us:

The pigs now revealed that during the past three months they had taught themselves to read and write from an old spelling book which had belonged to Mr. Jones’s children and which had been thrown on the rubbish heap. Napoleon sent for pots of black and white paint and led the way down to the five-barred gate that gave on to the main road. Then Snowball (for it was Snowball who was best at writing) took a brush between the two knuckles of his trotter, painted out MANOR FARM from the top bar of the gate and in its place painted ANIMAL FARM. This was to be the name of the farm from now onwards. After this they went back to the farm buildings, where Snowball and Napoleon sent for a ladder which they caused to be set against the end wall of the big barn. They explained that by their studies of the past three months the pigs had succeeded in reducing the principles of Animalism to Seven Commandments. These Seven Commandments would now be inscribed on the wall; they would form an unalterable law by which all the animals on Animal Farm must live for ever after. With some difficulty (for it is not easy for a pig to balance himself on a ladder) Snowball climbed up and set to work, with Squealer a few rungs below him holding the paint-pot. The Commandments were written on the tarred wall in great white letters that could be read thirty yards away.

when the first shock had worn off and when in spite of everything—in spite of their terror of the dogs, and of the habit, developed through long years, of never complaining, never criticizing, no matter what happened—they might have uttered some word of protest.”

This, said Squealer, was something called tactics. He repeated a number of times, “Tactics, comrades, tactics!” skipping round and whisking his tail with a merry laugh. The animals were not certain what the word meant, but Squealer spoke so persuasively, and the three dogs who happened to be with him growled so threateningly, that they accepted his explanation without further questions.[viii]

In early 1970, a Tennessee petitioner challenged the unconstitutional method of selection of the grand jury foreman, which judges by this further exploited and abused by their “reappointments” and “holding over” of the same person for years without end. The challenger specifically called out the Sullivan County grand jury foreman as a “professional juryman” having served in office for “six or eight years.”[ix]

Tennessee’s Supreme Court pigs (er…judges) climbed the ladder, leaning up against the barn again to write:

“We find no authority holding and can think of no valid reason why a grand jury foreman appointed for two years under T.C.A. 40-1506 is disqualified to serve longer by reappointment or holding over.”[x]