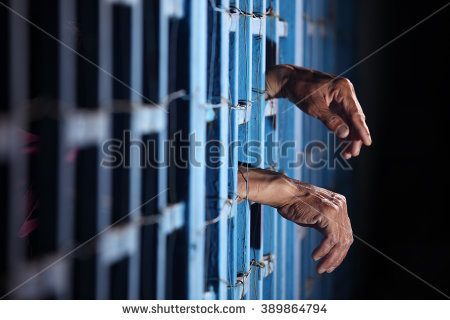 (Jul. 1, 2017) — The Scientific American has reported that a number of variables influence how long a terminally-ill person or one on a hunger strike can survive, including whether or not adequate hydration is available.

A report on the subject in Business Insider states:

A human can go for more than three weeks without food (Mahatma Gandhi survived 21 days of complete starvation), but water is a different story.

At least 60% of the adult body is made of it and every living cell in the body needs it to keep functioning. Water acts as a lubricant for our joints, regulates our body temperature through sweating and respiration, and helps to flush waste.

Tennessee Department of Correction (TDOC) inmate Grenda Harmer, #88710, has reportedly eaten virtually nothing since lunchtime on June 5, a total of 25½ days as of this writing.  The Post & Email has been informed by Harmer that he has been drinking institutionally-packaged milk and that he ate a banana approximately ten days ago.  He launched and has continued his hunger strike because of the confiscation of his personal belongings by staff at the Morgan County Correctional Complex (MCCX), where he was relocated on June 3, as well as placement in solitary confinement.

Harmer said he did nothing to merit being placed in segregation shortly after his transfer from SCCF.  He wrote in a letter that prison staff threatened him while processing his arrival.  He was then taken to his new quarters, where he described being greeted with a torn mattress, no bedding, no hygienic supplies, and no footwear.

TDOC officials and Tennessee Gov. Bill Haslam have been informed of Harmer’s hunger strike and possible imminent death should it continue.  In a letter received by The Post & Email several days after he began the protest, Harmer wrote that he “can’t be broke.” [sic]

The website caring.com, which deals with hospice situations, states that “The length of time someone can live without eating depends on their weight (or amount of body fat), health, and, many believe, attitude. Medical experts usually say the average person can live for 4 to 6 weeks without food.”

WebMD reports that “There is no good scientific evidence on exactly how long people can live before starving to death. Needless to say, that study will never be done. Examples of people on hunger strikes who continue to drink water but eat no food show that a healthy person with a normal body weight may be able to survive well over a month without food.”

On June 6, Atlanta-area Black Lives Matter activist Jomo Johnson launched a hunger strike which he said he will continue “for a minimum of 30 days” while consuming only water to focus attention on mental health, prison conditions and suicide, particularly by those who are incarcerated.

Wikipedia reports of a hunger strike:

In the first three days, the body is still using energy from glucose.[citation needed] After that, the liver starts processing body fat, in a process called ketosis. After depleting fat, the body enters a “starvation mode”.[citation needed] At this point the body “mines” the muscles and vital organs for energy, and loss of bone marrow becomes life-threatening. There are examples of hunger strikers dying after 46 to 73 days of strike.[2]

In late May, 1,600 Palestinian prisoners held in Israeli jails concluded a 40-day hunger strike during which they reportedly consumed only “water and salt.”  According to CNN World, those participating in the protest were objecting to “solitary confinement,” infrequent visitation and detention without having been formally charged with a crime.

The Times of Israel reported that the issue of family visitation was handled by the Red Cross, not by the Israelis holding the Palestinians.

In November 2012, approximately five dozen Kurds in Turkish prisons began a hunger strike which expanded to include politicians and those not confined to total 700.  The New Yorker reported that the strike ended on the 68th day by a Kurdish leader with no deaths ensuing.  “Prison-based hunger strikes are reminiscent of the nineteen-nineties, a decade of mass arrests and systematic torture that Kurds still fret about as if it is waiting just offstage for the moment to be right for its return,” the magazine reported.

In Utah in 2015, a group of inmates began a hunger strike to demand that gang members be moved to a different area of the prison.  Harmer has also demanded that he not be housed with gang members if he survives the hunger strike.

He has been told that after his 30 days of solitary confinement, he will be moved to the “Triangle,” which he said houses violent gang members.  “I doubt I’ll last long in the Triangle,” he wrote to The Post & Email on June 19.

In an article on the topic of “health,” CTV reports that “One review in the British Medical Journal found that hunger strikers who choose to continue taking in fluids begin to feel severe starvation symptoms after around 35 to 40 days. That’s when many develop confusion, hallucinations and convulsions. Shortly after, they begin to experience organ failure, which can lead to death on its own or to fatal heart attacks.”

2 Responses to "Reports: Hunger-Strikers Can Survive between 40 and 73 Days"