“I WAS AWFUL PROUD TO BE HIS DAD” 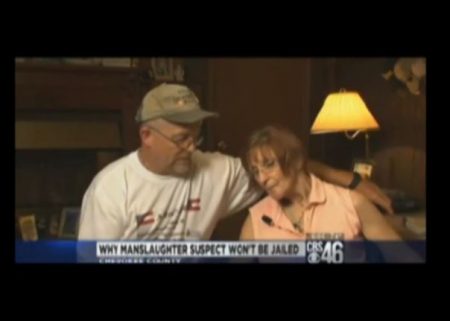 (Jun. 19, 2017) — On Fathers’ Day, The Post & Email published an article about the Inman family of Woodstock, GA, whose lives were changed forever 17 years ago when an illegal alien slammed into their car while they were on a Fathers’ Day weekend fishing trip.

Sixteen-year-old Dustin was killed, while his mother, Kathy, was permanently disabled with spinal and brain injuries requiring daily, extensive care.

Dustin’s father Billy is now responsible for attempting to meet his wife’s extraordinary medical and personal needs while working part-time as a delivery driver.  While he told us that he receives some assistance from friends and family members as well as from caretakers for Kathy while he works, he expressed his frustration that her condition is declining and that the perpetrator, Gonzalo Harrell-Gonzalez, has thus far escaped any form of justice.

Harrell-Gonzalez was indicted after causing the fatal collision on June 16, 2000 while holding a North Carolina driver’s license.  In an interview on Sunday, Mr. Inman told The Post & Email that Harrell-Gonzalez had a “minimal” automobile insurance policy at the time.

While in police custody, Harrell-Gonzalez escaped and fled to Mexico, his home country.  As a result, the U.S. Justice Department has said that it cannot extradite him to the United States to face trial.

An FBI “Wanted” notice for Harrell-Gonzalez issued on March 25, 2014 by the Atlanta field office states:

On January,19, 2001, Harrell was indicted by a Gilmer County, Georgia grand jury charging him with homicide by vehicle in the first degree (one count), serious injury by vehicle (two counts), and reckless driving (one count).

In 2005, The Dustin Inman Society, was founded in Dustin’s memory.   “We are proud to represent and be supported by a broad-based coalition of Americans of every race, ethnicity and description – including many immigrants,” states the group’s president, D.A. King, in its mission statement.

King has interviewed with Univision’s Jorge Ramos, NPR, and Fox 5 and will be speaking with The Post & Email in the near future.

In 2011, the Georgia legislature passed, and Gov. Nathan Deal signed, the “Illegal Immigration Reform and Enforcement Act of 2011” with the intention of requiring employers to participate in the federal work authorization program, impose penalties for those knowingly transporting or otherwise giving aid to illegal aliens, and allowing local government entities to “enter into memorandum [sic] of understandings and agreements with the United States Department of Justice, the Department of Homeland Security, or any other federal agency for the purpose of enforcing federal immigration and customs laws and the detention, removal, and investigation of illegal aliens and the immigration status of any person in this state.”

Although the bill prevents discrimination on the basis of “race, color or national origin,” The Huffington Post characterized it as a “racial profiling law” damaging to Georgians.

In December 2007 in Arizona, then-Maricopa County Sheriff Joseph Arpaio was accused of “racial profiling” in a lawsuit filed by a number of Hispanic plaintiffs who were stopped by Arpaio’s immigration patrols.  The case, now hearing a decade in longevity, has seen Arpaio, now 85,  found guilty of the civil charge as well as civil contempt of court.  He is now facing a federal criminal contempt charge which his legal team has appealed to the U.S. Supreme Court.

Arpaio had previously participated in the federal 287(g) program between local law enforcement and Immigration and Customs Enforcement (ICE) which was non-renewed by ICE in December 2012.

On January 25, 2017, President Donald Trump reactivated the 287(g) program, among other immigration-enforcement initiatives, through an executive order.

During our interview with Billy Inman, we asked what would change his situation for the better, to which he responded:

Have this guy held accountable for what he’s done.  Have our government do something about it.  Until then, I’m focusing on this illegal immigration thing hoping something will be done so that what happened to my family won’t happen to somebody else.

That’s truly what I feel in my heart.  I’m not racist.  Some of the illegal people are good people.  But they broke the law, and it gives every one of them a chance to do to somebody else what they did to my family.

All these politicians know that stuff. The one thing that Gonzalo Harrell-Gonzalez had was a valid North Carolina driver’s license.  That’s the only thing valid he had.  How he can just walk away just blows my mind knowing what he’s done to my family.

“Was he in the country illegally also?” The Post & Email asked.

The daddy’s a legal resident, and the boys are illegal, I guess.  They supposedly support him.

Here’s something that concerns me, too.  People offer their condolences, but not one of these “pro” people have stepped up to do anything about it.  When a politician tries to have a law introduced, they come out to disagree with it.  They don’t want to support anything like that.

“Or the politicians talk about ‘immigration reform,’ and we wonder, ‘What do they mean by “reform?”‘”

Just let ’em all come over here and go as they please.

I believe our forefathers are rolling in their graves with what our country is today.  Our veterans didn’t have all these battles over the years for our country to be in the shape it is.  I feel we need to start taking care of our own country, put our country first before we take care of these other countries.  If we can secure other countries’ borders, why can’t we secure ours? 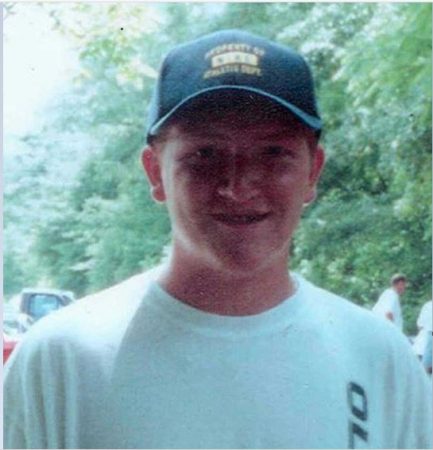 “If you could say something to your son today, what would you tell him?”

That I was awful proud to be his dad.  I love him still. He was my buddy.  I had my buddy painted on the back of  my truck.

“The article said you enjoyed fishing together and other outdoor activities.”

We used to go hunting and fishing all of the time.  Some of my buddy’s fish were caught out of a mudhole; he had that much patience.  The kid, honestly…I was proud of him.

He liked being around family and friends; he played ball with the neighborhood kids and his school buddies.  I tell everybody that he was an awesome kid.  Some say he looked like his momma…

“I noticed he did have her face.”

…but he acted like his daddy.  He had the best of both worlds.