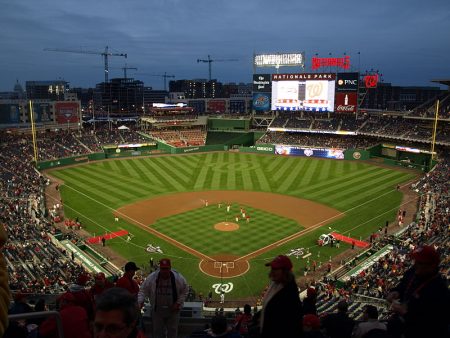 (Jun. 15, 2017) — A charity baseball game between Democrat and Republican congressmen will take place Thursday at Nationals Park as scheduled at 7:00 p.m. following a gun attack on the Republican team early Wednesday morning which injured five.

The shooting occurred just after 7:00 a.m. Wednesday at Eugene Simpson Park in Alexandria, VA, where the Republican team was practicing for the annual game, a rare bipartisan tradition in Washington, DC for more than a century which raises money for several charities.

The shooter, James Hodgkinson, was shot by Capitol Police at the scene and later died of his injuries.  Three officers had accompanied Republican Whip Steve Scalise because of his rank in the U.S. House of Representatives and were the only security present.

Two of the three officers were injured before springing into action to stop Hodgkinson.  They have been widely lauded for saving an untold number of lives as Hodgkinson sprayed as many as 60 bullets on the Republican team in what appears to be a politically-motivated crime.

A former legislative aide who is now a lobbyist, Matthew Mika, was injured and is in critical condition.  Legislative aide Zack Barth sustained a leg injury but has been discharged from the hospital.

Scalise was seriously injured and has reportedly undergone three surgeries as of early Thursday evening.  Media reports have said that the Louisiana congressman has bone fractures and internal injuries and that he remains in critical condition at MedStar Washington Hospital Center.

President Trump will not be attending the game due to security concerns but has recorded a video message which will be aired before play begins.

The AP has reported that both political divisions have declared their intent to play on “Team Scalise.”

On Thursday morning, the House passed a resolution expressing gratitude to the first-responders to the scene as well as those injured in the assault.

Update, 10:15 p.m.:  This story has been updated to include Trump’s video message.