WHAT HAS HAPPENED TO THE PARTY OF THE PEOPLE? 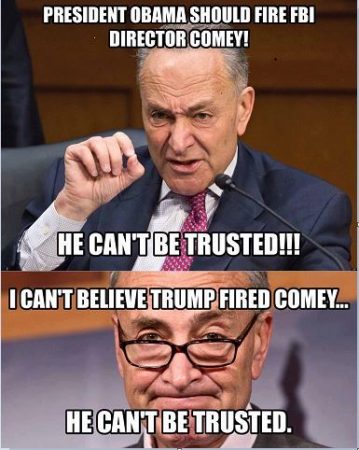 (Jun. 14, 2017) — Every day, Democrats are attacking President Donald Trump and his nominees.

President Donald Trump and his administration are restoring Constitutional freedoms based on Judeo-Christian values.

Democrats claim erroneous charges against Republicans without supportive evidence. On these issues, Democrats are losing.

The Democrat Party is deteriorating.  During President Obama’s term, Democrats suffered a net loss of 1,042 state and federal Democratic posts; congressional and state legislative seats, governorships, and the presidency.

The Democrat Party supports big government, more regulations, more taxes, and illegal immigration.  Democrats choose Socialism; provide everything to everyone, at any time.

During President Obama’s term in office, Obama and Capitol Hill Democrats did change America; absent from ‘ALL’ earlier Presidents combined.

Democrats should join in.  Democrats are failing to find illegal activity, with supportive evidence, against Republicans.

Democrats must clean up their own deceit before searching the GOP.  These GOP ponds are near dry and without corruption.

Democrats Fishing in a Dry Pond added on Wednesday, June 14, 2017