My Name is Viktor Maelvikoff 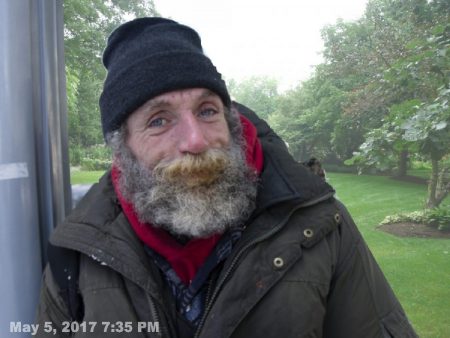 (Jun. 4, 2017) — Several weeks ago there was a knock at the front door just after dinnertime.  We weren’t expecting anyone and I cautiously opened the door to see what appeared to be a homeless man standing on our porch.  Our doorbell camera caught his image.

I asked him what he wanted and he replied in perfect English with, “are you the author that writes about the IRS.”  I nodded in affirmation and then he said, “I need to talk to you.”  I asked him, “why?”   He said, “I have a story to tell that you won’t believe that has left me in this condition, homeless and on the street, at the hands of the IRS.”

What came out of his mouth belied his appearance.  He was well spoken, articulate and his voice had an element of authority in it.  He was obviously well educated but he seemed over dressed for the weather.  I didn’t know whether the way he looked was a purposeful disguise, or a result of unfortunate circumstances.  I suspected the former.

I first asked him how he found me and he replied, “it wasn’t easy.”  I then asked him why did he want to talk to me personally.  He spoke slowly and in measured terms and said, “after reading several of your articles it appears you are not afraid of the IRS and I need someone who doesn’t fear them to tell my story.”  He followed with “I can pay you” and pulled out a thick wad of $100 bills and offered one of them to me.

I told him I didn’t need his money.   There was nothing in his demeanor that seemed threatening and suggested he come in.

I then asked him his name.  He said with confidence and pride, “my name is Viktor Maelvikoff.”  To my wife, who had just entered from the kitchen, “honey, meet Viktor Maelvikoff.”  She shook his hand with a look of trepidation in her eyes as if to say, “who is this strange looking man in my home?”

I motioned for him to come into the kitchen and sit at the table and asked if he was hungry or thirsty.  He said that it had been awhile since he had eaten and could use a bite.  My wife opened the refrigerator, pulled out some leftovers and put them on the stove to heat.  She then delivered water and milk to the table.

As he poured a glass of water I asked him, “would you like something stronger?”  He said, “would you happen to have some Vodka?  I haven’t had a drink of Vodka in three years.”  I said of course and proceeded to pour him a glass.  He took the first sip as if it was his final wish come true.  The thanks for this momentary pleasure were evident in his eyes.

After he had savored a few sips from the Vodka, I asked him why his story was so important to him that he would seek out an author?  It was at this point, as if I had triggered something in him, that his story began to gush out of him like an artesian well.

“I immigrated to America with my parents over 35 years ago,” he started.  “I was 13 at time.  We settled in a small town in Texas where my father set up a shop to work his trade.  He was an expert machinist and made small custom parts for individuals and car and airplane restorers.”

“I learned a great deal from my father and when I reached my late twenties, with my father’s help, I started my own small company making machine parts and quickly landed a job for a large airplane manufacturer.  After that we obtained several fairly lucrative contracts for other manufacturers.  That very same year I became an American citizen.”

“My business grew rapidly until our annual revenues were in the 10’s of millions of dollars and we had over 100 employees in two plants.”

“Three years ago, I found that my accountant was embezzling small amounts of money from our accounts and I fired him.  To retaliate, he called the IRS and told them my company was laundering money in several offshore accounts.  Of course it was a bold faced lie, but within a couple of months we received an audit notice from the IRS, giving us just two weeks to prepare for the audit.”

My wife laid a plate of food in front of Viktor and he began eating while he talked.

“Totally confident that we had not done anything wrong, we began to accumulate all of the documents that were requested in the audit notice.”

“On the day of the audit, we opened up the conference room and put all of the documents on the conference table in open compliance with the listed audit requirements.  Two IRS auditors arrived on the scene about 10:30 that morning and began to sift through the information we provided.  The auditors were there every weekday for three weeks, making the conference room unusable for corporate business.  Upon completion of the audit, they got up and one of them said, you will be hearing from us shortly.”

“A month went by without hearing a thing from the IRS.  I began to get concerned.  When another month went by my concern grew to restless anxiety.  What were they waiting for?”

“Finally, after two and one half months, a certified letter came in the mail from the IRS with a notice stating that the results of the audit indicated that my company owed the IRS $293,335, including penalties and interest.  They said that if I didn’t agree with the amount I had 90 days in which to appeal to the Tax Court.”

“I was aghast at the sum.  The company had some cash resources but it wouldn’t come to anywhere near what they said I owed unless we started liquidating assets.   I had no choice but to dispute the claim, not only the amount but the reasoning behind why they said we owed so much.  I thought I could handle the issue by myself instead of filing a claim with the Tax Court.”

“So I sent a Certified-Registered letter to the agent’s name on the notice, vehemently disputing the amount, along with an FOIA request for all of the records used in making their determination.”

“About 30 days later I get a letter from them that they had received my certified letter and needed another 45 days in which to respond.”  (This is a common delay tactic of the IRS to drive up interest and penalty charges.)

“Then I got a letter after three more months stating that my FOIA Request would have to be sent to the ‘Disclosure Scanning Operations’ with an Atlanta, GA address.  So I re-copied my FOIA Request and mailed it to the required address.  As it turned out, I never got a response to my FOIA Request.”

“But then it got really strange.  I started receiving 45-day letters from IRS offices in Ogden, Cincinnati, Holtsville, Memphis, Kansas City, Fresno and Philadelphia.  I had never communicated with any of these offices.”

“Roughly six months after the audit, I received a Notice of Lien stating that if the company didn’t pay up, the government would seize bank accounts and other assets because my time to file an appeal with the Tax Court had run out.  Additional penalties and interest had been added to the original amount.  However, there was nothing attached to the Notice of Lien indicating that they had acknowledged my dispute of the charges, or recognized my FOIA request.  I was devastated.  The IRS could literally put us out of business.  I had to act immediately, but I didn’t know what I should do next.  It is what I did next that started a parade of events over which I had no control.”

I could tell he was getting tired and agitated and suggested that he stay overnight, if he didn’t have a place to go, and to continue his story the next day.   He said that he was exhausted from traveling and could use a shower.  I pointed him to our spare bedroom and guest bathroom.  He settled down for the night and it wasn’t until the next morning that we learned the full scope of his story and what he and his company had to endure at the hands of the IRS and how he came to be homeless with a huge wad of $100 bills in his pocket.

My Name is Viktor Maelvikoff added on Sunday, June 4, 2017

2 Responses to "My Name is Viktor Maelvikoff"