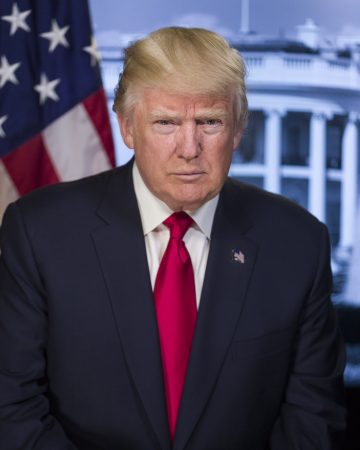 (May 13, 2017) — As had been previewed over the last two days, in an interview with Fox News Channel’s Judge Jeanine Pirro aired on her 9:00 p.m. EDT Saturday program, President Donald Trump said he is seriously considering doing away with the daily White House press conferences attended by credentialed members of the White House Press Corps.

Trump said he is envisioning conducting his own press conferences without a spokesman, as he did on February 16 to dispel rumors swirling that his young administration was “in chaos.”

Trump has long had an adversarial relationship with mainstream media outlets, accusing them of releasing “fake news” in many cases.  Two of the worst offenders, in Trump’s opinion, are The New York Times and CNN.

The press, for its part, largely does not attempt to hide its bias against Trump and his administration by substituting traditional, neutral reporting with opinion pieces and at times, misleading headlines and unconfirmed information.

When asked, Trump admitted to Pirro that the pace at which he moves through his day exceeds that of his communications staff as they attempt to brief the public and the press corps, in particular, on the latest developments.

On Friday, White House Press Secretary Sean Spicer told those attending the presser that Trump’s schedule is “robust” and fast-moving.

The same day, The New York Times published an article titled, “”Looking like a liar or a fool’: What it means to work for Trump.”  Once considered the “paper of record,” The Times no longer hides its left-leaning bias.

Another of its articles on the topic is titled, “Will the White House Cancel ‘As the Trump World Turns?'” in a reference to a well-known daytime drama.

Many of the reports regularly cite unnamed “officials,” including a January 19 article in The New York Times reporting that “wiretapped” data became the basis for “investigations” allegedly being conducted by the FBI into Trump aides’ possible dealings with the Russian government during the presidential campaign.

After Trump himself accused the Obama regime of having “wiretapped” him during the final weeks of the campaign, The Times and other mainstream media outlets claimed that Trump’s statements were unsubstantiated.

Trump has denied that anyone in his campaign had inappropriate connections with Russia.

An unconfirmed report circulating on Saturday said that Trump is considering replacing Spicer with Fox News Channel’s Kimberly Guilfoyle, although Pirro did not ask the question and Trump appeared to be leaning toward abolishing the pressers altogether for greater efficiency and accuracy.

Trump originally tweeted the idea on Friday morning, eliciting a response from White House Correspondents’ Association (WHCA) president Jeff Mason opposing the idea.  “Doing away with briefings would reduce accountability, transparency, and the opportunity for Americans to see that, in the US system, no political figure is above being questioned,” Mason said in a statement.

Former Speaker of the House Newt Gingrich said on Sean Hannity’s Friday night show that he agrees with Trump’s conception of giving biweekly press conferences himself to replace the daily briefings.  Referring to Spicer and his chief deputy, Sarah Huckabee Sanders, Gingrich said, “One of them ought to go in every day, and give out the list of things that have been done, maybe introduce a cabinet officer or a subcabinet officer or somebody who’s done something positive. They should take the country through all the positive things they’re doing, and then leave, but not have the press corps there, simply give a briefing. It’ll be on YouTube. It’ll be on Facebook. It’ll be — may well be on C-SPAN every day, and say to the press corps, You take any part of this you want, but we’re not answering your questions.”

On Saturday, AP reporter Dave Bauder wrote, “Trump’s statements, through a tweet and later television interview, threaten a Washington institution that is the most high-profile forum for journalists to question the government about policy and the news of the day.”