“YOU BE THE JUDGE” 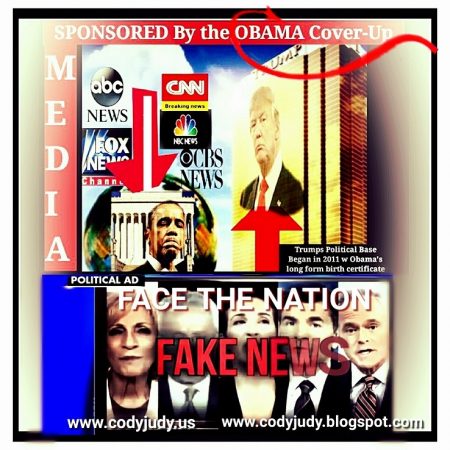 (May 5, 2017) — In the 9 years of my challenging Obama’s Ineligibility not a single story has emerged from ABC, CBS, NBC, Fox, CNN,The Blaze, MSNBC, or any of the mainstream conservative radio show host like Rush Limbaugh, Sean Hannity, or Glenn Beck. So was it all that surprising when President Trump campaign ad was refused by the MSM which depicted them as FAKE NEWS?

Take a look at the Evidence in the Opening Brief filed in the United States Court of Appeals for the Tenth Circuit Court May 4th, 2017 and ask yourself if the evidence presented did not warrant a FACE for the Nation? Let me say I am not a trained professional lawyer and have had to file with my own study and education. It is also an in forma pauperis filing.

We ask you to be the judge of the reporters and the networks who are now facing charges indeed of personalizing the nation’s news to fit their personal agenda. Why else would they refuse to publish a political ad for the nation’s general election in 2020 in President Trump’s re-election when the only reason for not publishing it was because of a critique on their coverage?

Scroll down to continued below brief

Contribute Now for a Restoration of Faith in Justice

RECENT FEATURED STORIES IN THE POST&EMAIL

5-1-17 Part I. Obama Eligibility/Forgery Lawsuit Plaintiff: Poverty Should Not be an Obstacle to Justice 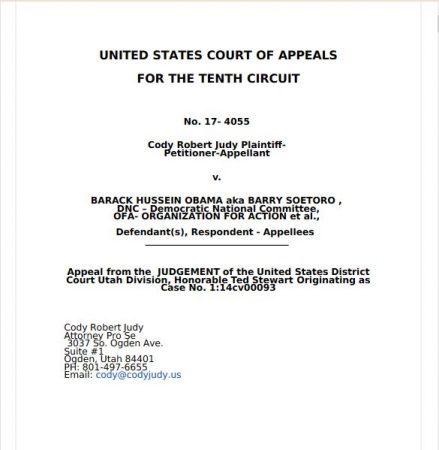 Read the brief and the rest of the post here.