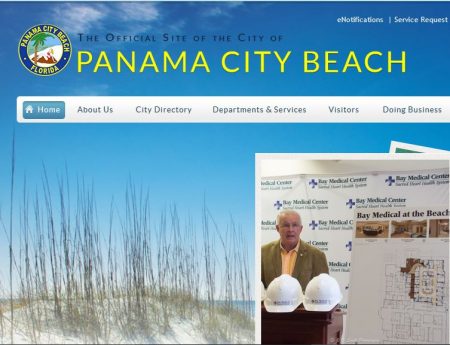 A Mr. Todd Fisher is the director of the event, now in its 19th year.

In 2015, the show was held in Columbia, TN rather than Panama City Beach or elsewhere in Florida.

For more details, a reference to “http://www.gulfcoasthorseshow.com/” is provided at The Walking Horse Report, but clicking on any of the links leads to empty content.

The Walking Horse Report makes no mention of where tickets can be purchased, the cost, the opening and closing times, or which charity is benefiting from the show.  There is no contact telephone number for the event provided on either website.

On Friday, The Post & Email called an informational number we were given by a private individual to ask where tickets could be obtained.  The person who answered told us that the person we needed to speak with was not available but would return our call shortly.  We did not receive a return call.

On Monday morning, we called a second time and reached a woman answering as “Property Manager” who was able to answer our questions regarding start times and specific events. Tickets are $12 for children and adults age 13 and older and free for children under 12. There is no senior citizen discount, but military members are admitted free with their military ID card.  We were told there will be tents available for individuals who might be sun-sensitive and that the gates officially open at 4:30 Central Daylight Time on Thursday.

We informed the individual that the referenced website contained a link which led to apparent error messages and that we were unable to locate a schedule of events online.  Shortly before press time, we received the promised flyer and other details from a Kayla Pope using the email address of “Sister Blackmon Milligan.”

Prior to last year’s show, the founder of a horse-welfare organization, Clant Seay, spoke to the City Council of Panama City Beach about his concerns that horses which historically competed in the show had undergone “soring” to produce the “Big Lick” gait appealing to some judges and members of the public.

Soring is the chemical treatment of a horse’s front legs with kerosene, mustard oil, WD-40 or diesel fuel after which plastic wrapping is often applied to “cook in” the chemicals.  The harsh treatment is followed by the affixing of “stacks,” or platform shoes, and chains around the ankles, which further irritate the already-tender skin and hooves.  The result is that the horse lifts its front legs higher than it normally would in an attempt to escape the pain is is experiencing.

The exaggerated gait produced by “soring” has been termed the “Big Lick” by animal-welfare advocates.  The practice has often been passed down through generations of Tennessee Walking Horse trainers seeking to produce the exaggerated gait favored by judges at certain horse shows.

According to the American Veterinary Medical Foundation (AVMF), soring “is the unethical and illegal1 practice of deliberately inflicting pain to exaggerate the leg motion of horses to gain an unfair advantage in the show ring. The chest-high stride achieved by soring is known in the industry as the ‘big lick.'”

Seay has also addressed the Panama City Beach Tourist Development Center to ask that it not award a planned $25,000 to promote the horse show.  Some of the members were hostile, while others blamed Seay for not approaching them earlier, stating that their decision to do so might have been different had they known about soring sooner.

On Monday morning, The Post & Email contacted Mr. Dan Rowe, CEO of the Tourist Development Center and, upon reaching his voicemail, left a message asking whether or not $25,000 has been paid to the horse show organizer this year.

The AVMF reports that the stance of a horse wherein it places more of its weight on its back legs is “the opposite of a horse’s natural biomechanics; naturally horses bear 60-65% of their weight on their front limbs3.”  According to two former “Big Lick” trainers, a horse cannot be taught the gait naturally, without soring, to produce the desired results.

In December 1970, Congress passed the Horse Protection Act with the intent of ending the practice of soring, which is primarily favored in the South.  The HPA prohibits the sale, auction, showing or transporting of a “sore” horse.

The HPA authorized Designated Qualified Persons (DQPs) on an annual budget of $500,000 to appear unannounced at various horse shows around the country to perform visual and other types of inspections in an attempt to enforce the law. However, a number of sources report that techniques have been developed by trainers to mask evidence of soring, including teaching the horse not to respond as it normally would to physical probing for signs of pain.

According to Seay and his supporters, “stacks,” or oversized, heavy shoes attached to the horse’s natural front hooves for competition, can weigh up to eight pounds each.  In a change.org petition directed to Panama City Beach Mayor Mike Thomas and three other officials, Seay reported that 40% of horses entered in last year’s Gulf Coast Charity Horse Show were disqualified by USDA inspectors.

Seay’s group, CCABLAC, traveled to Washington late last month to meet with Rep. Ted Yoho, a large-animal veterinarian, and deputy chief of staff for Rep. Kurt Schrader, another large-animal veterinarian, both of whom are opposed to “soring.”  The group also gave a one-hour press conference at the National Press Club about soring and the lasting effects it has on horses, some of which are auctioned off once they become unusable in the show ring.

A retired attorney, Seay has owned and raised horses. Several months ago, he explained to The Post & Email that the problem of soring, known colloquially by industry individuals as “fixing,” most frequently begins with trainers.  He said that once a Tennessee Walking Horse has been identified as having athletic ability and is chosen to become a show horse, its future is in the hands of the trainer.

In a video taken by Seay at the Columbia, TN horse show in 2015, Fisher claimed that the Big Lick is “legal.” However, if the exaggerated gait is obtained through soring, it is not.

At a public hearing over Seay’s proposal that the city adopt an ordinance banning “Big Lick” horse shows and pads and chains, Gulf Coast Charity Horse Show organizer and attorney Martha “Sister” Milligan claimed that “pads and chains” are regulated by the U.S. Congress and the USDA, which is technically correct.  She then said, “It’s been legal since 1900.”

Seay pointed out in a blog post that the Tennessee Walking Horse breed did not exist until 1935.

Regarding the charity which will be the beneficiary of this year’s show, Seay, aka billygoboy, wrote on Sunday evening:

The Post & Email recontacted Pope to ask about the charity to be benefiting from the show this year.

In response to our question directed to APHIS, we received the following response just before press time:

Good morning.  Your request for information regarding the Horse Protection Act and whether chains are allowed, was forwarded to me as I handle all media request for this program.

To answer your question, the Horse Protection Act allows for chains, only if they weigh less than 6 ounces each, including the fastener.  I’ve attached a publication that I think maybe of interest.  The publication also addresses the use of pads (page 3).  Please let me know if you have additional question.