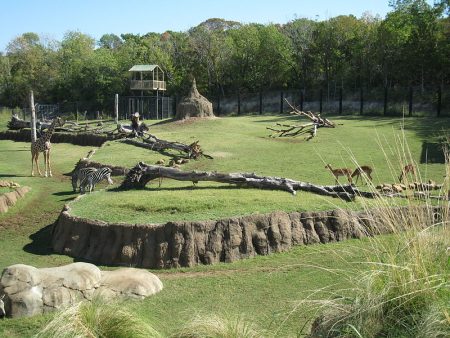 (Apr. 9, 2017) — “Good evening, ladies and gentlemen, and welcome to ‘Pulse of the Nation,’ the most-watched show in its time slot. For those of you who may not know, what you’re reading is a synopsis of one of our recently-broadcast shows. We used to be on cable and were pretty successful in England and the rest of the European Union, but through political intrigue we lost the cable contract and are now right back where we started: in our fair city interviewing your neighbors.

“Unless you’ve been living on Mars, you know that the city zoo has been under construction for the last three years and is just now getting around to opening, today, right now. The mayor just cut the ribbon and the stampede has begun. Meanwhile, why don’t we corner the mayor and learn what we can?

“Oh, it’s Roving and crew. Glad to have you aboard. What gives?”

“We’ve been hearing rumors of magnificent dioramas; any truth to them?”

“I’ll let you be the judge of that. What do you say we walk over yonder to one of them? Watch your step, please. As you can see, we’re at the county permit office diorama, looking at a cross-section. Those on the left are people in line waiting, just like the real thing.”

“Where are the animals? Isn’t this a zoo? And look, you’ve got people on the left lying on cots! What kind of crazy zoo is this, anyway?”

“Look: it’s ‘Public Relations: Your Tax Dollars at Work.’ Meanwhile, as I was saying, since we don’t like to waste – as, I might say, past administrations have – those cots are actually Army Surplus and were donated, so why not take advantage of them?”

“There’s no people at the windows; there’s no help.”

“Yes, there is; see the people on the far right? They’re on break, just like in real life.”

“Look, one of the mannequins moved!”

“And that’s the beauty of it: not only are they real people, but this whole zoo is an extension of the real city hall. Now, look closely, see that desk against the wall? See the ‘out tray?’”

“The one that says ‘Mosque Approvals?’ Yes, I see it. Why, it’s overflowing. Why is that?”

“Proof of our efficiency: they’re all preapproved.”

“So this whole new zoo is nothing but county employees pretending they’re working?”

“That’s right. Now we have to walk on over to the next building. This is a cross-section of a Muslim house.”

“What the heck is going on in the back yard? Why are they digging a hole in the ground?”

“Oh, it’s nothing: Their daughter was seen ‘talking to a boy,’ that’s all. Just your normal everyday ‘honor killing.’”

“And what’s taking place in the living room? Is that a whip?”

“We offer ‘In the Privacy of Your Home’ wife-beating classes. After all, the Quran instructs husbands to not leave visible marks when they beat their wives. Look, I’ve got previous appointments, so if you’ll excuse me?”

And there you have it, folks. Since our time is up, I’ll be wishing you all, on behalf of the crew, a goodnight: Goodnight.

“The words ‘unbelievable’ and ‘speechless’ come to mind. Some show; let’s grab a burger: my treat.”