Who Profits the Most from Mass Power Generation?

“NOBODY WENT TO JAIL” 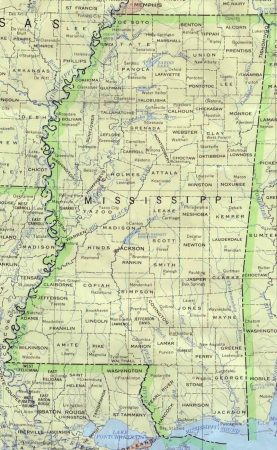 (Mar. 31, 2017) — [Editor’s Note:  The following letter was sent to Viv Forbes of carbon-sense.com in response to his most recent article titled “Battery Baloney.”]

MOSTLY…. I agree with you.  However, there are downsides to the coal-fired power plants and I am experiencing that RIGHT NOW and thought you should be aware of it.

Mississippi Power is building a coal gasification electric plant (known around here as the Kemper County project) with the costs spiraling over $6billion and still climbing.  We have already had Mississippi Power picking our pockets and it took a state court involvement to find them guilty of overcharging and they had to give us back the money they “stole.”  Nobody went to jail either…  Go figure.  The plant is almost 2 years behind schedule and the cost overruns keep piling up.  The design idea is pretty good.  It was built on and next to a mountain of coal.  The gas (mostly CO2) is piped to other areas where it is fed into old oil wells which help recover more oil so the minimal waste from gasification is utilized.  The power produced is way more than what our requirements are here in the region in Mississippi where Mississippi Power operates.

Now, here is what really ticks me off!!!  After the plant is built, it will be the rate payers of Mississippi Power that have to pay off this plant.  Most of the power is fed to the grid which will be bought by other states’ utility companies.  The cost of that electricity is regulated and it is up to the rate payers who live in the area where the power plant is built to pay for it.  Now that really stinks because our utility commission is going to let the rates go up and the cycle goes on and on with no rate decreases EVER!!!

The plot gets thicker…  Mississippi Power is owned by The Southern Company who happens to also own Alabama Power, Georgia Power, Gulf Power, Southern Power, and I think others but am not real sure.  Will the rate payers of their other companies be paying for this plant?  Oh, Noooo!!  Those companies will be able to pass along the “regulated rate” at a savings to the rate payers in their area who don’t have a comparable power producing and cash-sucking facility.  Basically our lawmakers (who always preach “jobs” as if it were the holy grail), our utility commissioner, and the corporate executives running the show and probably buying off the politicos have cheated us royally.

Here is where I differ with you… somewhat…  Where we took a wrong turn in our country was getting away from the original concepts in the early days of power generation.  Most all power was generated on the farm back then, as we were still an 80+% rural country.  The big money and the big companies sold us a real bill of goods when they told us that we did not need to be self-reliant.  Get rid of those generators and battery systems (I just bought a hundred-year-old glass Exide battery off eBay and it should be delivered next week) and all you need to do is hook up to us and it will be CHEAP for everyone.  Fast-forward to the future and it ain’t too darned cheap anymore because they have a trapped customer base who is hooked on their product.

There are issues I’ve mentioned that need to be looked into… the politicos, corporate greed, etc… and this can be fixed, but probably not in my lifetime.

I am looking into building a wood gasification-based generating system because I don’t want to rely on those people anymore.  Wood gasification is approximately 98% green and its biggest byproduct is ash which is good for the garden.  Wayne Keith in Alabama has done some real cutting-edge work on wood-gassed pickup trucks because he is ticked off at the oil companies.  I don’t know if you are familiar with this technology but it goes back to the 1800s.  India is providing a lot of its electricity in rural locations with wood gassers.

I like coal and I like small-scale.  I would love to have a small-scale coal gasser in my backyard.

I really enjoyed your article.

Who Profits the Most from Mass Power Generation? added on Friday, March 31, 2017