TO “DEPARTMENT OF CORRUPTION” 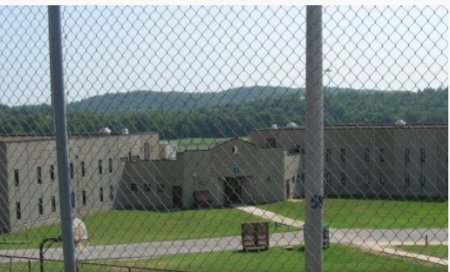 (Mar. 14, 2017) — In a letter received late last week, an inmate within the Tennessee Department of Correction (TDOC) system reported that in late February, there were seven inmate heroin overdoses at his facility, with two occurring on February 26 “one right behind the other.”

“One survived, but I’m not sure about the other one,” he wrote.

“I’m sure if you were to ask the TDOC spokeswoman she would tell you that these are only isolated incidents,” he speculated, referring to Communications Director Neysa Taylor. “These are only tiny drops in the bucket of this giant cesspool of sewage and corruption called the Tennessee Department of Corrections,” [sic] he continued, “or should it be the Tennessee Department of Corruption?  That is much more fitting, don’t you think?” he wrote.

Inmates at the Trousdale Turner Correctional Center (TTCC) have told The Post & Email that they have witnessed inmates injecting themselves with illegal drugs in their cells.  At least one inmate was reported as having died there from an overdose in January. TTCC is privately-owned by CoreCivic, whose Executive Vice President failed to respond to our January 24, 2017 letter detailing reports relating horrendous conditions within that facility to include a letter from an inmate who described spending two nights in a shower stall unattended and a PREA violation in response to which he said prison guards “laughed at” him.

Taylor and TDOC Commissioner Tony Parker were copied on the letter and also did not respond.

The inmate musing about a departmental name change is one of scores who is aware that this writer has contacted Taylor on many occasions but rarely received a response. When Taylor has chosen to respond, she has generally dismissed allegations of gang violence, non-dispensing of inmate medications, drug use, sexual assault, bologna sandwiches served for breakfast, inadequate staffing, excessive use of force and retaliation on the part of correction officers as “inaccurate.”

The Post & Email has been told by TDOC current and former inmates that prison wardens work assiduously to ensure that news of prison staff wrongdoing and inmate altercations do not reach the media.

Prior to January 20, The Post & Email contacted the Trump transition team about the dozens of complaints and allegations of abuse it has received over the last two years from Tennessee jail and prison inmates. We reiterated our concerns in a February 5 letter to President Trump, calling upon him to assign an FBI unit to launch an investigation into the entire Tennessee prison system based on an investigation carried out in Georgia prisons which netted more than two dozen arrests and saved at least one life.