CAN THIS SYSTEM BE CLEANSED? 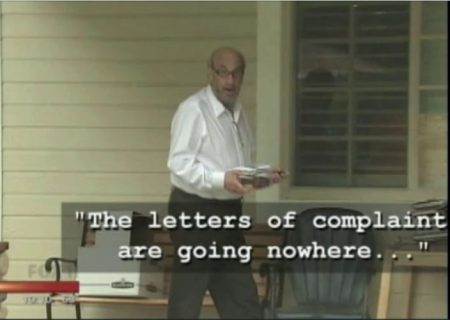 (Mar. 11, 2017) — On Wednesday, The Post & Email reported on a third child-custody story having its origins in the Los Angeles, CA child-protective and family court system in which a mother who lost custody of her young daughter a year ago alleges corruption, cronyism and bias on the part of court commissioners and DCFS social workers.

The experience of Michelle Robinson* bears similarities to those of Roosevelt and Kanika Williams and Jeffrey and Erica Henderson, both of whom mounted lengthy and exhaustive battles to regain custody of their children.

While The Post & Email has lost touch with the Hendersons, after more than five years, the Williamses continue their struggle in a California appellate court and with their court-appointed attorneys, who they say are not representing their best interests.

In 2012, Friedenthal was publicly “severely” admonished by the California Commission on Judicial Performance (CJP) and removed from Family Court, but a Fox 11 dual segment aired at some point afterward reported that he was reassigned to a court which oversees the issuance or denial of restraining orders.

The broadcast includes Fox 11’s interview of three women, including Laura Lynn, whose case The Post & Email referenced in its coverage of Robinson’s, who lost custody of their children and maintain that they did nothing wrong.

Inappropriate remarks toward the women made by Friedenthal and an off-the-record meeting with a parent seeking custody were reported.  It is suspected that many more women were victimized by the former family court commissioner.

Fox 11 demonstrated that Friedenthal refused to respond to the allegations which gave rise to the severe admonishment he received.

While the Williamses and Hendersons’ cases did not involve Padilla or Friedenthal, the same type of allegations were made against the judges who detained their children, assigned them to foster homes, and eventually arranged for their adoptions.

*Not her real name