“OBAMAGATE IS ABOUT TO BLOW WIDE OPEN” 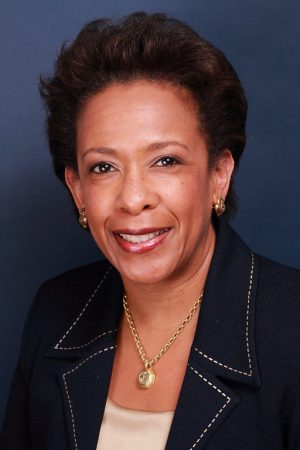 “Obamagate” is the name and hashtag applied to President Donald Trump’s allegations made last Saturday that Obama “ordered” wiretapping of the Trump Tower office during the last month of the 2016 presidential campaign.

On Monday, Bongino said on the show that from having observed Obama-regime operatives while performing his duties as an “elite” Secret Service agent tasked with providing protection to Obama, certain Obama loyalists had taken actions which he deemed “bad” and “illegal.”  He posited that because of Trump’s “unexpected” win in November, former Obama regime operatives “are in panic mode” for fear of discovery.

Bongino said that the operatives, who he did not identify by name, are “not loyal to the United States of America,” but rather, to Obama.

Explaining his newest claim about Lynch, he said that the Obama regime “conducted a potentially illegal investigation into a major party presidential candidate and president-elect while his political opponent was in office” which Lynch would have had to have sanctioned.

He invoked the Watergate scandal of 1973 in which then-President Richard Nixon was found to have ordered “bugging” of the Democrat National Committee’s convention at Washington’s Watergate Hotel.

Bongino asked how the monitoring of Lt. Gen. Michael Flynn, Trump’s first national security adviser, constituted a “national security” issue for the U.S. government.  The contents of Flynn’s conversations with the Russian ambassador prior to Trump’s taking office were made public in the early days of the Trump administration, and, due to their classified nature, is likely a felony.

The disclosures caused Flynn to resign after 24 days on the job.

Other leaks occurred, presumably from members of the intelligence community opposed to Trump’s presidency.

Referencing the alleged wiretapping of a server at Trump Tower, Bongino speculated that a questionable donation to Trump’s campaign or a Russian bank sending messages to the server could have been the catalyst.  At the outset of his Secret Service career, Bongino worked in identifying the counterfeiting of U.S. currency.

However, he doubted that such a discovery would have set off a “national security” investigation at the highest levels of government but that nevertheless, Lynch approved the application for a warrant to the FISA court.  “No rank-and-file agent in the FBI or operator in the CIA has the authority on his own to do that,” Bongino said.  “Loretta Lynch had to receive something.”

“They didn’t think they were going to get caught” because they were certain that Trump would not win the election, Bongino hypothesized.  “Because Trump controls the reins of government, they have access to all this information, and now they’re all in  a panic,” he said.

“There is no way this happened without her signing off in the end,” he concluded, then encouraged his audience to subscribe to CRTV, a new media initiative of Mark Levin featuring well-known columnist and investigative reporter Michelle Malkin and others.

Bongino is a guest commentator for Fox News and a former New York City police officer as well as a seasoned Secret Service agent.

On Sunday, he pledged to begin revealing his observations gleaned from his Secret Service work during the Obama years.

He believes that the mainstream media has projected a false story line about Trump’s alleged connections with the Russian government.  Since Trump made his accusation against Obama on Saturday, mainstream media Obama sycophants have attempted to deny that Obama had any involvement in the alleged wiretapping, although in January and before, The New York Times affirmed that wiretapping had been conducted on at least one server at Trump Tower and that a number of investigations were ongoing, allegedly led by the FBI.

No one has been charged nor any confirmed connections declared by the FBI between Trump or his campaign associates and the Russians.

For his part, Obama was said on Wednesday to be “furious” at Trump’s direct accusation of him over the wiretapping charge.

Some former intelligence agents have stated unequivocally that all Americans’ communications are captured by the NSA and stored for future reference.

In July 2012, the declared forgery of Obama’s long-form birth certificate was declared a “national security” item by then-Maricopa County Sheriff Joseph Arpaio, but neither Congress nor the media investigated further.