If You Could Turn Back Time (RR) 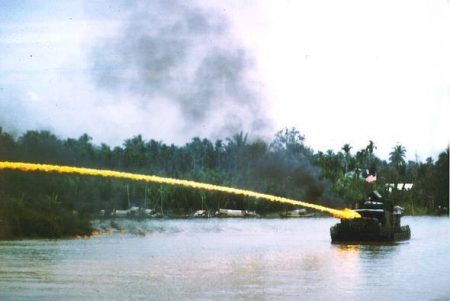 (Mar. 7, 2017) — “Good evening, ladies and gentlemen, and welcome to ‘Pulse of the Nation,’ the ever-popular television show that’s most talked-about at the water cooler. Hello, my name is Roving and I’ll be your host for tonight’s show; glad you could join us. What we do is waylay unsuspecting people on their daily trek and ask them a question. Excuse me, sir, Roving for ‘Pulse.’ Care to answer a question for our viewing audience?”

“Oh, so you’re Roving. You’re older than I expected; and taller. Sure, wife and I watch your show whenever you’re on. Dog watches, too. Okay, what’s the question of the day?”

“If you could go back in time, just once, sort-of ‘turn back the clock,’ would you?”

“Oh, boy, that’s a tough one. You see, when I was in the Navy I was stationed in Yokohama, Japan. Well, I kind-of hit it off with a Japanese girl; moved in with her and we lived together for about a year.

“She had a brother who was a professional sumo wrestler, fat but strong as an ox; and quick like you wouldn’t believe. Anyway, she wanted me to marry her. I wouldn’t have had to work or anything; just be friends with her brother, like a manager.

“It was really the speaking and reading and writing Japanese that got in the way, plus they never heard of a milkshake, if you can believe that, or a soda. So I said ‘no,’ but I’ve often thought how my life would’ve turned out had we married. And that’s my train; going to visit museums today.”

“Hi. I heard your question and I wouldn’t, I mean I would, if it was just for a little while. I’d go back to Jesus’s arrival in Jerusalem and warn him about about Judas and being crucified.”

“Well, smarty, if he knew all that why’d he go through with it?”

“Because that’s the whole point; I mean he sacrificed himself for all of us ungratefuls. He had the power to lay waste to the whole Roman Empire if he wanted to, and the fact that he didn’t is what makes Him so special. Me? I would’ve ended up crucifying Pilate and everyone in the Temple.”

“Surely I am an ungrateful lout.”

“You are, and I’ve decided I don’t like you so much anymore. Goodbye.”

“And nice talking to you, too. Really, now, if God asked me to take it without fighting back I’d have to decline the offer. I mean, it would be like Superman, wouldn’t it? I could do some good; catching school buses plunging off bridges and catching bank robbers; lots of catching and doing nothing but good; maybe I’d get tired of just saving people. See; I’d never make it as Jesus.”

“My name is Jean and I’m next in line. I bet you lay around and drink beer and do drugs.”

“You’re 20 years too late. I’m one of those who had it all and laughed it all off, as if I could afford to. Turned out I didn’t and couldn’t, which is why I’m standing on the corner, under the awning, across from the train station, interviewing my neighbors, all who I thought I could do without; but now that I’m older and wiser I know that we may find that Fate and Coincidences may be more inexorably tied together than even we could ever imagine.

“Bad beyond belief, and for those of you who never had a recurring nightmare of napalm; and the color; and the sounds (Thud & Whoosh); and the vibrations and shaking and being totally alone as if you were the only human on Mars with no way out, well, maybe living in the place where it all started may not have been the greatest idea you ever had.

“As it turned out, it was all a colossal mistake because after leaving the whole State, the nightmares followed for another four years.”

“I feel there’s a divorce somewhere in there, isn’t there? Too bad, but you seem okay now; I mean, you’ve a lot of viewers who like your show. You’ve been, what? the most-watched show in your time slot for the last three years.”

“Oh, for sure, things have turned around. But here’s the question: if you could go back in time, would you and, if so, when?”

“That’s an easy one: I’d go back to before my grandparents died, all four of them, and tell them how much they really meant to me. Oh, my, there’s my train. Bye!”

“Bye, and thanks for talking with us. And our time is up and so, on behalf of the crew, I’d like to thank you for watching and to wish you all a goodnight: Goodnight.

“Look, I’d like to apologize for getting carried away about my Vietnam nightmare, okay? Heck with it; what do you say we grab a well-deserved burger and vanilla shake: my treat.”

“Wish You Were Here”