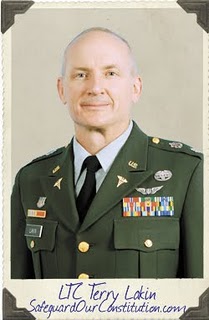 (Mar. 5, 2017) — “Good evening, ladies and gentlemen, and welcome to the show that just tells it like it is. Hello, my name is Roving Reporter and I’ll be your host for this evening’s program. For those of you who aren’t familiar with our format, what we do is waylay unsuspecting folks and ask them the ‘Question of the Day.’ And here comes a young man; excuse me; care to be interviewed on ‘Pulse?’ Just take a minute.”

“You going to ask me something I don’t know the answer to? Like how many planets there are or the names of Columbus’s ships? Maybe the reason July 4th is a holiday or what Christmas is all about?”

“Let’s make it a little easier: Who’s the vice president of the United States?”

“Did you vote during the last presidential election?”

“I’m not registered so elections don’t affect me.”

“Is that so? Look, you’ve been a real good guest but your time’s up. Next. Hello, and you are?”

“I’m Anita and we watch your show whenever you’re on. What’s the question of the day?”

“I like to ask you what you do for a living.”

“Sure, go ahead and ask. Just kidding; retired Navy.”

“Forgive me for asking, but you look a little young to be retired.”

“Thank you for the compliment. I joined the Navy the day I graduated from high school. I had a very interesting and satisfying career and would recommend the military to anyone.”

“What did you do while you were in the Navy?”

“Well, since I could type 70 words a minute, I was assigned to AJAG; that’s the office of the chief judge of the Navy.”

‘Sounds interesting. Were you stationed on land or did you ever go to sea?”

“Never went to sea; actually, never even stepped foot on a ship. I was stationed at the Pentagon* for the whole 20 years, except for Boot Camp, of course.”

“Any interesting stories you care to share with us?”

“The most interesting story, by far, is the story of LTC Terry Lakin, that Army officer who got railroaded in a kangaroo court-martial. I worked in the appellate division, and all my friends that I could talk shop with were from the other appellate military branches. As a matter of fact, that was the way we determined who was a Patriot and believed in the Constitution and who wasn’t. And that was an eye-opener.”

“Well, after spending five years of typing transcripts and acting as a stenographer, I started pursuing a law degree, which I got the year I retired. So now I teach at the university. What I teach is the proper way in which to present the ‘Application for Appeal,’ because if you can’t complete Step 1, you’re already shot out of the water even before you start.”

“I think we know the answer, but can you tell us what case you’re teaching?”

“Ha, ha; why, the LTC Terry Lakin case, for sure. Look, when I was at GW Law I came across a totally obscure reference to a case in the 1790’s; actually it was about Captain William Bligh’s conduct at Captain’s Mast and the Royal Navy’s ruling on Bligh’s conduct. And, yes, I know that British Naval Law isn’t germane to our Constitution, but what is shared is the concept of right and wrong: when Terry Lakin walked into that Court Martial it was with the expectation that he was allowed to present a defense. He was wrong: he was REFUSED THE CHANCE TO PRESENT A DEFENSE.”

“You mean he wasn’t allowed to defend himself? Not at all?”

“Not at all. He was NOT ALLOWED TO DEFEND HIMSELF. He was not allowed to ask the court to see the proof that Obama was ever vetted, as in the proof of his real, legal birth certificate. He was asking the question: ‘Is Obama Constitutionally qualified to hold the office of president?’ Well, actually he never got the chance to ask that question because he was found guilty, got a Dishonorable Discharge and spent six months in a federal prison.”

“Yes, we covered that court-martial and the Joint Chiefs of Staff’s deafening silence (circa 2010). But what was really the shocker was the silence from the troops. Had I been in the service then, I would’ve been proud to be on the same cell block as Lakin.”

“That’s because you’re a Patriot, Roving, and why your program is so popular: you aren’t afraid of the truth. Look, the key to the whole success of Trump’s administration is to defeat Obama, and as long as the ‘Obama Hoax’ is allowed to fester, Trump will never prevail. The key is to get Lakin’s court-martial into an appellate court and prove that Obama was nothing but a Muslim plant once and for all. Hey, here’s my train. Nice talking to you. Bye.”

“And thanks for talking with us. Bye. The whole government is against Trump, and the only Russians in the equation are the Russians Obama and Hillary dealt with when 20% of America’s uranium was sold to Russia’s future thermonuclear weapons** program. Unfortunately, our time is up so, on behalf of the crew, I’d like to wish you all a goodnight: Goodnight.

[*FYI: the Pentagon is the headquarters of the “Department of Defense”; I support renaming it to what it used to be called: “The Department of War.”]

[OPOVV wore many hats while in the service of his country, and one of the hats he wore was to check the firing mechanism of nuclear warheads. This uranium deal with Russia is a very, very disadvantageous deal: bottom line: we lost control of 20% of our uranium. How do we know if any of this uranium won’t make it to Iran and then into a weapon to lay waste to Tel Aviv and Manhattan? The point is: we don’t. The deal is hereby classified as insane: A sane person would not hand over a weapon to someone who says they want to kill you.]