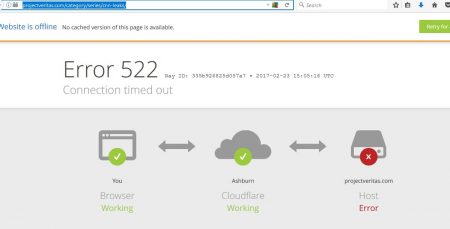 In an introduction to the audio presented, Project Veritas wrote, “The tapes show CNN’s misrepresentation of polling data,” followed by a partial transcript.

The audio was reportedly obtained by a CNN employee in 2009.

At the same time, O’Keefe released the recordings in person at the Conservative Political Action Conference (CPAC), as indicated on his Twitter feed.

O’Keefe has also indicated that he is willing to pay anyone with evidence of “media malfeasance” a reward of $10,000 “if it’s good enough.”

At approximately 10:13 a.m., O’Keefe tweeted, “I want to start exposing the media and their flaws. This is the beginning of the end for the MSM. And it starts today. @CNN.”

Upon refreshing the page at 10:26 a.m., an initial video of O’Keefe explaining his most recent endeavor to investigate the mainstream media is available.