WE WILL SOON SEE 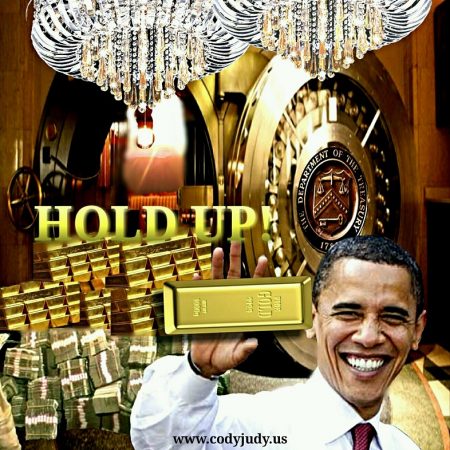 (Feb. 21, 2017) — Hold Up! Where you going so fast? This is a Hold Up! What’s the Hold Up! Americans have never been given a fair shake on Obama’s Identity Fraud and Forgery and through that his Constitutional Qualification for the Office of the President for a mirage of smoke and mirrors, but HOLD UP! The Federal District Court (Utah Division) is going to rule very shortly on a [Motion for a Relief of Judgement] that has as its central feature the forensics examination reports culminating in the collective investigation of Sheriff Joe’s Cold Case Posse that Obama’s long-form birth certificate is not an Original Copy, and used certain identity theft to hoodwink the public. The Motion was delivered to the Court January 26th, 2017 and is imminently maturing.

For years Obama’s attorneys defrayed lawsuits against Obama due to Plaintiff’s lack of standing, which is the Court’s Opinion of damage to a Plaintiff and whether that constitutes real damage. Presidential candidates are in the race and do suffer the most direct harm. It is kind-of sad given today’s outrage by the Democratic-leaning, left-swing MSM that portends outrage over Russia having anything to do with the American Election of 2016 when their candidate lost but green-lights and plays hallelujah songs upon the candidate in 2008 and 2012 who took the Office of the Presidency with an illegal, usurping, or unconstitutional hold up for not being Constitutionally qualified as a ‘natural born Citizen’ (ie. Born in the U.S. to Citizen Parents SCOTUS Minor v. Happersett.)

Obama, both Republicans and Democrats alike agree, was given the keys to the Treasury and on his watch America’s national debt rose more than any other person in the Office of the President – a whopping $10 Trillion! That’s quite a Hold Up!

When one considers the investment in Obama’s crime against the people of the Republic, one certainly agrees he did not act alone. The action in the Federal District Court is widely known in the United States of America’s Justice System – Judy v. Obama Case No. 1:2014cv00093 and received in 2014 the contemptuous label as ‘Frivolous’ by the District Court Judge after the service of process witness, Court-stamped 20 Days Summons, and Complaint were served.

HOLD UP! Is the Judicial Branch Encouraging Crime Upon The People? added on Tuesday, February 21, 2017

2 Responses to "HOLD UP! Is the Judicial Branch Encouraging Crime Upon The People?"