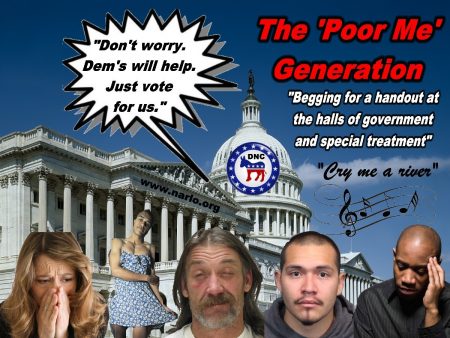 (Feb. 19, 2017) — “Life is a fight, a fight to stay alive and a fight to keep others and government from taking your life or your liberty from you.  Acknowledge that fact and you might just survive as a free man.  Those awash in self-pity and think of themselves as victims will never be free and they will be a heavy burden on the rest of society.”  Ron Ewart

In the year 1620 and beyond, they crossed the Atlantic in sailing ships to get to America and freedom.  The journey could take anywhere from six to 12 weeks to make the crossing, depending on the winds.  Life aboard ship was primitive at best.  Firsthand accounts speak of illness, cramped quarters, food and water rations.   They had to endure scurvy, diphtheria, dysentery and seasickness.  They were at the mercy of the captain, ship owners ….. and the sea.  Many of them died during the passage.  Because the journey was so long, when passengers died, their bodies were thrown overboard because there was no way to store them on the ship.  The bones of thousands of Pilgrims are held forever in the bosom of the Atlantic Ocean, on their failed journey to freedom.

There was no government to protect the Pilgrims, pay their fare to the new land, or provide a handout if they got sick or destitute.  Those who could not pay were required to remain on board the ship until they were sold into indentured servitude and forced to work to pay for their voyage.

When the surviving Pilgrims landed on the shores of America, they were faced with life in the wilderness and attacks by local Indian tribes.  Health care and doctors were almost non-existent.  You either survived because of your wits and plain dumb luck, or died from the elements, starvation, disease, or an Indian arrow.

They crossed the plains in covered wagons to reach some dream they had of owning land in the territories, or striking it rich in the gold fields.  They built up little towns and roads, bridges, businesses and schools.  Then the trains came and they could expand their travel and markets exponentially.  The only thing the government did was to provide the land for the railroad companies and land grants to eager settlers under the Homestead Act of 1862.  If the settler worked and improved his land for five years, it was his land to keep for free and he will have earned it many times over.

But other than that, there were no government farming subsidies.  There were no food stamps, rent assistance, Medicare, Medicaid, Social Security, welfare, much less free college tuition.  These hardy people built a nation, and they did it with little help from government and even less government interference.  They persevered by main strength and awkwardness.  Many times they lost but got up again and pressed forward.  Their strength was built on adversity.  They didn’t “cry,” “moan,” “groan,” or “complain” to government when the going got tough.  They just worked harder or found a way to “fix” whatever they faced at the time.  They didn’t win all the time but nevertheless, most never gave up.  That beginning environment of adversity forged the strength of a nation and was the foundation of a strong, prosperous and exceptional America.

Not so today.  Illegal immigrants that evade the Border Patrol receive no screening for disease or the ability to sustain themselves.  There is little effort to round them up and deport them for breaking our immigration laws, once “lost” in the general population.  Instead, they are molly-coddled, pampered, paid and protected by sanctuary jurisdictions and immigration advocates.

Legal and illegal immigrants and refugees arriving in America receive all kinds of government assistance, a monumental burden on the American taxpayer, a huge drag on the economy and a giant magnet to attract more of them.  It is no wonder that America is broke and deep in debt.

But let’s get back to the “Poor Me” whiners, crybabies, protestors and self-ascribed victims in America who inhabit our colleges, ghettos and immigrant enclaves.  Millions of Americans and legal and illegal immigrants have become the “poor me” generation, most of them subscribing to the left side of politics.  Their forebears of colonial and pioneer days are rolling in their graves to see how their descendants turned out.  More than half of them wouldn’t survive under the conditions our forefathers and mothers had to endure.  If they suddenly found themselves in the wilderness, most of them wouldn’t have the slightest idea on how to survive, because they haven’t been taught.

They haven’t been taught about self-reliance, personal responsibility and individual freedom.  They haven’t been trained to survive when the going gets tough.  Adversity builds strength and character.  The easy life, where there is no discipline and where everything is provided for them, leads to personal weakness, low self-esteem and the desire to indulge in pleasures of the flesh.  Instead of looking to themselves to solve their own problems, they have been taught to look to government, and government is only too eager to “help” them, but with a string attached.  The string comes at the voting booth where those receiving the government “help” are obliged to vote for those providing the “help.”

We all know which party is offering the “help,” with money from the Public Treasury to which none in the party owns any piece thereof.  Under law, they call this robbing-the-till-for-personal-gain what it is, grand theft, punishable by fines and imprisonment.  Unfortunately, the “help” this party offered to its “Poor Me” groupies turned out to be a very expensive, slowly evaporating mirage on a distant horizon.  That “help” just converted otherwise potentially strong individuals into crybabies and bowls of quivering yellow jelly and made them helpless cripples.

What we do know is that those reading this column are probably not members of the “Poor Me” generation.

We just received a response to one of our recent articles where the person described, in one paragraph, what happened to America since the 1930’s.  He wrote:

“The ‘Master Plan’ for the USA has always been to reduce the USA to a third world feudal state by diluting the gene and intelligence pool, degrading education, attacking tradition and culture, abolishing the nuclear family, promoting sexual perversion and abnormality and hybrid relationships, debasing the currency, eliminating the middle class, dissolving Christianity, ignoring the Constitution, weakening and removing personal liberty and base freedoms, and importing as many impoverished and uneducated persons from around the globe to economically and socially drain as much life from the US as possible ….. Marxism masquerading as immigration.  The US has been in the crosshairs for decades because to take down the ‘Crown Jewel’ of the Western world is to send a message to all other countries that they can also be co-opted.  ‘Front end’ rationale for any action taken by this government is not ever the reason for the action.  Ponder no longer on the matter.  The destruction of western civilization is the goal.”

When you throw back the curtain and expose the politicians, central bankers and industrialist “Wizards” calling the shots, this gentleman cannot be too far off the mark.  The whiners, crybabies, protestors and self-ascribed victims in America are the result of actions of the “Wizards” pulling the strings of international money, commerce, trade, wars and politics.  The “Wizards” have bought off the people with a few pieces of silver and filled their “Little Black Boxes” with hogwash, mush and propaganda.

These same “Wizards” (mostly Progressives) have convinced the “Poor Me” generation that because they are poor, sick, out of work, an illegal immigrant, refugee, Black, Latino, gay, transgender, or just plain lazy, they have an irrevocable claim to everyone else’s money and sweat labor, or special treatment from government.  To pay for their alleged irrevocable claim, or special treatment, the government collects that money in an act of forced charity ….. at the point of a gun.   Charity should have never become the purview of government and was never authorized by the Constitution. Charity, to be true charity, must be voluntary, not mandatory.  Mandatory charity is slavery by any other name.

Sadly, the weakest among us have sold their souls and given away their freedom for so little because their parents did not teach them critical thinking, personal responsibility, to question everything, how to recognize a fraud and to never trust government.

Everything you think you know is probably a government-, media-, or academia-created illusion with the sole intent of controlling the masses.  The international environmental movement and social justice were designed to that end and to redistribute the wealth of Western nations.  Economy-destroying, expensive legislative actions to limit alleged man-caused global warming are just one of the elements of the international environmental plan of control.

Americans have been hoodwinked by “100+ Years of Progressive Rule” that champion a collectivist culture, social justice, radical environmentalism, appeasement of our enemies, a massive welfare state, illegal immigrants, sanctuary cities, open borders and mindless compliant citizens.  Progressives have created multiples of a “Poor Me” generation, awash in self-pity, low self-esteem and rabid self-indulgence, requiring that their only salvation is being dependent on Mother government when things go wrong in their lives, and things are always going wrong in their lives.

With over half of the American people steeped in this “dependent” culture, planted there by decades of constant Progressive indoctrination and brainwashing, the fate of America is pre-ordained unless President Trump and those who support him can trigger a massive flashback to the time of self-reliance, independence, personal responsibility and individual freedom.  As we stated in our last article:  “A successful Trump presidency may very well prevent the revolution that was coming to America, if Progressivism were to prevail.”

But like the fighter pilot says after consuming over half of his fuel, “we have passed the point of no return ….. without midair refueling.”  We had better hope that midair refueling happens soon ….. very soon, or Progressivism, collectivism and socialism will have won and individual freedom will have been thrown on the trash heap of forgotten Republics.

If you LIKED this article, let us know.  Constructive comments welcome.