“CLAIMS OF THE COMMERCIAL STATE”

(Feb. 17, 2017) — An appeal from a criminal case out of Lawrence County, Tenn., challenges state government’s control of the public right-of-way by commercial regulation, a system that Jan. 1 began using license plate readers to verify whether motorists stopped under probable cause have compulsory insurance.

The case State vs. Hirsch is being made by an articulate laborer and private businessman, Arthur Jay Hirsch, known in as “the Fiddleman of Lawrenceburg” for his playing of hymns among jail inmates and the elderly in nursing homes.

Mr. Hirsch, 65, a soft-spoken bachelor, is a self-trained defender of constitutionally guaranteed liberties. He has been involved in several cases that show how the state destroys protected individual rights and ridicules the concept of “free government” for a “free people,” words used in the Tennessee constitution.

A jury of his peers convicted Mr. Hirsch in December 2015 of four criminal counts, including three that involve the use of the public right of way without a driver license, insurance, or state registration of his red work truck.

His claims are similar to those in a Virginia lawsuit by a public advocacy law firm that seeks to overturn that state’s use of fines, fees and jail through its regulation of commerce and its effective ban of any private use of car or truck. That case, however, does not goes as far as Mr. Hirsch’s in seeking to scale back the claims of the commercial state as against the right of free travel by citizens and immigrants alike.

The Hirsch case will probably not be decided on the issues regarding the right of travel, but upon egregious mistakes and evidences of bias by Judge Stella Hargrove in circuit court. She showed little care for the defendant, took part in ex parte communications, and denied Mr. Hirsch a hearing on jurisdiction and numerous other motions by which he sought to protected his substantive and procedural rights.

However, the challenge against the state control of the people’s road harassing everyone who is not involved in commerce is central to his appeal.

It carries the most weight for Tennesseans because it is a defense of their interests, Mr. Hirsch says, especially if they are poor.

The matter is important because since 1937 Tennesseans have been subjected to criminal prosecution to the exercise of the constitutionally protected right of travel. That right was not extinguished or destroyed or damaged by the passage of the commercial driver’s license act or its revisions such as the uniform classified and commercial driver license act of 1988.

If the act damages constitutional rights or purports to delete them, it is void and unenforceable, and faces an explicit renunciation in the judiciary in the Hirsch case.

If it were oppressive of any right, it would have been overturned. Mr. Hirsch argues that the commercial system is not unlawful or unconstitutional, but cannot be made to apply against private users of the road such as him.

The Tennessee driver license statute at TCA 55-53-301 is clearly voluntary to anyone entering to use the road for hire. The language is not compulsory upon all travelers using cars, trucks for two-wheels conveyances such as the motorcycle. The “must exhibit on demand” rule at TCA 55-50-351 applies only to licensees (“[e]very licensee shall have such licensee’s operator’s or chauffeur’s license in immediate possession at all times *** .”

A private user of the road is someone who is not a common carrier, who travels on roads and highways but who is not engaged for hire in the movement for transportation of people for pay.

The state regulates commercial carriers because they are making money off of the people’s property, bringing wear and tear to it.

The Hirsch appeal argues that state government and its agents, whether in the Tennessee Highway Patrol, city police departments or county sheriff departments, routinely abuse members of the public who are using the roadways privately.

In his trial he insisted that he had none of the connections with the state that would have made his red truck part of a highway-using commercial enterprise or make him a common carrier for hire.

He says the driver’s license statutes are commercial in nature and “not applicable to appellant and his constitutional status in private capacity.” He says the statute under which he was accused is for “taxable commercial privilege statutes that were misapplied to the appellant has presumably engaged in commercial activity.”

His brief suggests his idea that he represents a large body of people, most notably immigrants who are outside the system and the poor, who often run afoul of state commercial rules touching on the use of trucks and autos.

“State granted privileges are fee-based favors from the government that regulate taxable, commercial activities and are by nature and definition discriminatory and show respect of persons, i.e., they discriminate against and oppress persons who are poor, homeless, elderly, handicapped, infirm, ex-felons (non-violent, victimless crimes) who need to work and protect themselves and their families, the disenfranchised who live, work and travel in remote wilderness areas at risk from predatory animal attack, those who want their privacy and to be let alone, and people who chose to remain private and not engage in commerce revenue generating (taxable) state privileges are granted only to those who voluntarily apply and are approved, who can afford to “pay to play,” who promise to obey the ever changing rules and regulations, and who are willing to waive their superior, non-statutory, inherent, unalienable rights in exchange for state benefits. “

Mr. Hirsch cites greed as a motive for state government. “Statutes regulating taxable privileged activities are enforced by threat of violence and produce considerable revenue for the state through police action against rules violators. They are useful to the state as a means of population control outside of state and federal constitutional restraints. 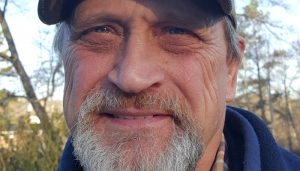 Judge Hargrove denied Mr. Hirsch’s motion in limine requesting that all keywords used by the prosecutor in the charges be defined, and not leaving the jury to assume the meanings (terms such as “motor vehicle” and “driver”).” But she rejected the plea.

“Had appellant’s motion *** been granted it would have made it clear to the jurors that the charging statutes were misapplied, since there was no evidence by the state’s witness that appellant was engaged in commercial activity.”

Making the problem of terminology worse, Mr. Hirsch says, Judge Hargrove would not allow him to explain his understanding of compound legal definitions. Mr. Hirsch cites the dialogue:

THE COURT: Are you objecting to the definition of motor vehicle?

MR. HIRSCH: Well, I did but you said you overruled it.

THE COURT: What do you want to say a motor vehicle is?

MR. HIRSCH: Well, you have to start, as I said, it is a compound [definition] —

THE COURT: I am not going to do that.

Mr. Hirsch speaks highly of the people’s rights vis a vis the state, rights granted by God. “The Peoples’ Creator-endowed (unalienable) rights are superior and antecedent to legislative statutes, and are not subject to the legislature’s regulation and control. They are free and universal to everyone as their birthright and change not. Privileges statutes are constantly changing, and can be amended, repealed, suspended, or revoked at any time. Taxable privileges are enforced by “law enforcement” offices. God-given rights are protected, not enforced, since there is no money involved.” 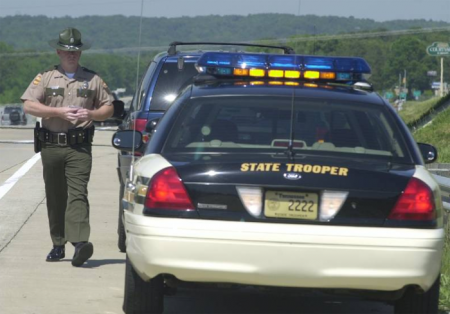 ‘Outside stream of commerce’

The state’s case fails because it involves “misapplication of commercial law statutes to appellant in his private capacity, in his status as a man acting privately and outside the stream of commerce and transportation,” Mr. Hirsch says.

His complaint also challenges as unconstitutional Tennessee’s ban on firearms and weapons, one that is enforced under the “intent to go armed” statute to which exceptions are allowed under license. The framework of the state constitution’s grant to the legislature that it can regulate the “wearing” of arms and its statute violate the 2nd amendment to the U.S. constitution, Mr. Hirsch says.

David Tulis is a journalist who covers local economy and free markets in Chattanooga, Tenn., USA, and beyond. Active in the homeschooling movement, he is editor of a free market website, Nooganomics.com, and covers entrepreneurship, law and culture issues on the David Tulis program on NoogaRadio 1240 AM 101.1 FM in Chattanooga (Noogaradio.com).

Editor’s Note:  The Hirsch case can be accessed here: AHirsch-CCPostTrialAppealBrief