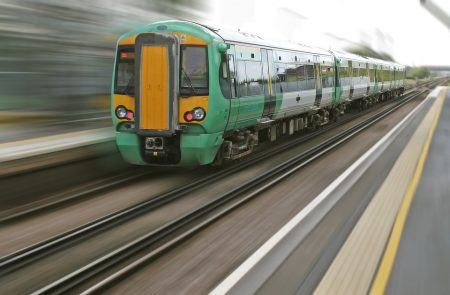 (Feb. 12, 2017) — “Good evening, ladies and gentlemen, and welcome to another episode of ‘Pulse of the Nation,’ the television show that informs as well as entertains. What we do is hang out near the train station and waylay unsuspecting folk on their way to the big city. Excuse me, sir, got a minute to answer a question for the viewers of ‘Pulse?’”

“Be glad to. Watch your show whenever you’re on. Where’s that talking dog?”

“The dog is taking a break. Where you off to today?”

“To work. Do you think I’d be here in this rat race for enjoyment? ‘Visit our great city and join the rat race.’ Funny. To answer your question, I’m a government employee, a GS-14. I work in the statistical division, where we keep our fingers on the real truth.”

“We’ve determined that to get at the kernel of the truth — the real McCoy – you’ve got to have a reliable measuring stick to start with, so we’ve invented the RDS: Reliable Divorce Scale. We measure the social impact a government program has on the population.

“For instance, when Obama was ‘elected’ the divorce rate was constant, as it is with Trump, so no big deal, that is, in the scheme of things. There was a time, however, when the meter pegged: once when America was desperately trying to keep its promise to JFK by putting a man on the moon and returning him safely to earth before January 1, 1970. A lot of working late: missing anniversaries, graduations, you name it.”

“Oh, no, and the moon landing doesn’t even take the cake. It was the development of the SR-71 Blackbird that had the highest percentage of divorces. Anyway, what we’re working on now is what happens when the pacifier is ripped away from those who have been wards of the state for generations. Since most recipients of Welfare and Food Stamps have never been married, yet have an average of 7.2 kids, it’s making it rather difficult to quantify.”

“So what’s your solution?”

“I think it’s rather ingenious: we don’t do anything. We just go in to work and discuss our pensions to death. We’ve become the poster child of what government employment is all about.”

“We have our pride, you know. And here comes my train.”

“I’m next, that is, if you don’t ask any Muslim questions. Look, if you put a bunch of Muslims (from the Middle East) anywhere in the world, you’re going to have your regular-everyday-Muslim problems. We all know that, like it’s no surprise: it’s all become so common that it’s not even reported anymore. We have ‘honor killings’ in the USA and they’re not reported; we have taxis mowing people down and it’s reported as a ‘traffic accident.’ So no questions about Muslims, okay?”

“Fine with me. So what question should I ask you?”

“Well, for one, don’t ask about the so-called refugees, which are really the forefront of an invading army. Remember I just said that, no matter where, a Muslim community takes on its own Islamic identity, which just happens to be like the identity of any Muslim community a thousand years ago: Kill the Jew and Christian wherever Ye may find them.

“So what we’re getting is a bunch of ‘misunderstood’ ‘moderate Muslims’ who mean no harm: surely they will not behead Jewish and Christian children. And then others join this one family, and then more and more families join. And it comes to pass that these families have teenage sons who believe that the Jews are apes; that Christians choose Jesus over Mohammad and therefore deserve torture and death; that the United States of America is the Great Satan and, once again, we’re back in the same place we were a thousand of years ago: Kill the Jew and Christian wherever Ye may find them.

“And here’s my train. Get that talking dog on; you said you would. Bye.”

“Bye. Well, folks, it looks as if our time has expired and so, on behalf of the crew, I’ll be wishing you all a safe and peaceful goodnight: Goodnight.”