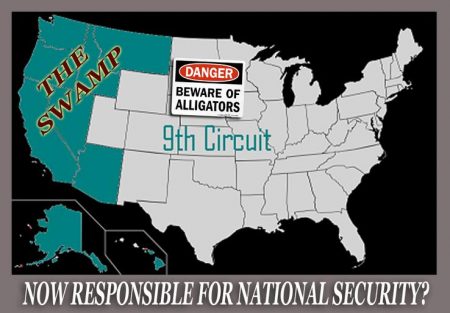 (Feb. 11, 2017) — Many people have been following the Purpura v. Christie Federal RICO lawsuit which has been languishing in the system now for what will soon be two years.  The first several months were absorbed by unethical maneuvers from not just the Defendants and their taxpayer-paid lawyers, but the District Court system and the Judge appointed to the case as well.

The lawsuit was so meticulously organized, researched and proffered that it was the belief of all us who have toiled on this Second Amendment case that there was no way that any judge could rule against it based upon the Constitution, precedent and the rule of law.   It was our contention that because of the rock-solid presentation we filed, the delays were instigated by the fear of making a politically-motivated ruling that would later show them to be fools.

As a result of some of the unsavory activity, we formally requested that Judge Shipp’s maneuvers and delays be investigated by the Chief Judge of the District Court system.  Several months after that request, Judge Shipp was removed from the case. At that time Mr. Purpura contested an unfair and illegal ruling, which Shipp refused to revoke, in the Third Circuit Appeals Court.

It has been several months now since the Appeals Court agreed to accept our brief and still it wallows somewhere in the Circuit Court system.  As before, we considered the possibility that there are Judges on that court who were concerned with making rulings which were unsupported by law and that was the reason they have been dawdling so.

Nick Purpura, myself and others who have worked hard and long on this legal action had almost convinced ourselves that we could not lose this case because of the solid legal foundation it was built upon.  We thought that even ideologues would dread having to put their names, for the critique of posterity, on a ruling so clearly contrary to the Constitution.  These thoughts were obliviously harbored as we did not truly understand the extent of the corruption.  Having failed to fathom that liberalism, to them, is a religion, this past week awakened all of us to that fact.  Hammering this home was the ruling by the 9th Circuit Court which ignored a legal and oft used 1955 Congressional Law while at the same time assuming it held an authority not provided to it by our Constitution.

This ruling was made in front of the world, sans any concern for outrage or fear of possible impeachment, and endeavored to usurp a congressional federal law.  This effort to take the authority of National Security from the Executive Branch and into the purview of the Judiciary could easily be considered treasonous. This type of overstepping in many other countries would very likely see some retirement pension plans go unused.

The point here is this.  The creatures have so extensively infested the swamp that even regarding the power of the Presidency, with the eyes of hundreds of millions of people watching, the leftist ideologues fear nothing.  They have exactly no pride or integrity and could not care less about what history will write of them.

This infringement upon the Constitutional structure of our government must not be allowed to stand. If the Trump Administration, under the leadership of a brilliant and dedicated President, has been unable to deter these arrogant elites from using the courts to promote a political agenda and are henceforth allowed to illegally take control of an authority not afforded to them by the Constitution, the precedent will have devastating consequences to the future of America.  Even if the Administration writes new Executive Orders, this ruling must not go unchallenged.  It must be taken to the Supreme Court and expunged.

Returning now to Purpura V Christie; if the powerful Executive Branch cannot get a fair and non-political ruling from these black-robed ideologues, what chance does any single American have at getting Constitutional justice?  The answer, of course, is none.

The 9th Circuit Must be Brought to Heel added on Saturday, February 11, 2017

2 Responses to "The 9th Circuit Must be Brought to Heel"