A Skit at the First Baptist Church (RR) 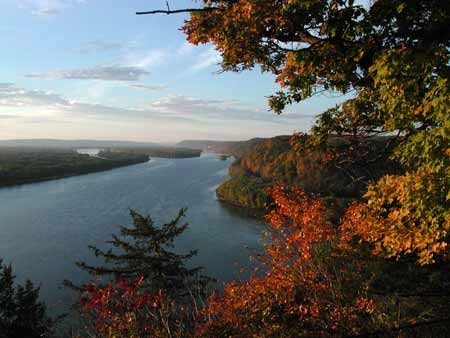 (Feb. 8, 2017) — “Good evening, ladies and gentlemen, and welcome to ‘Pulse of the Nation,’ the show that lets you escape from the rat race if even for a little while. Glad you could join us. We just received a call from our good friend, Pastor Dunkin, down at his church on Hawthorn, East Side.

“Hey, how you doing, Pastor? How about a wave to the viewing audience? That’s nice. By the way, my name is Roving and, what’s that? Now? They’re about to start so we better scoot on in. What we’re witnessing is a 20-minute skit, but it really looks like a top-notch Broadway production, if you ask me. The house – church – is packed to the gills. They put us up in the balcony so we can film without obstructions. And we’ve arrived just as the curtain is rising to the music of Grieg’s ‘In the Hall of the Mountain King,’ I suppose to make doubly-sure the audience is wide awake. The backdrop is of Mt. Fuji and the stage is set as a Japanese garden, neat as a pin.

“Entering from stage right is a young American sailor, and on his arm is a Japanese girl wearing a kimono. Let’s listen in.”

“Well, I’ve never seen all of it, if you don’t count flying over. I’ve been around it but never all over in it. It’s not a big ranch, according to Texas standards: 10,000 acres. It provides us with a good living, but it takes a lot of work. Up at 5:00 every morning; mostly mending fences and rounding up strays.”

“”You must have a big garden.”

“Two hundred acres of corn and alfalfa. Another 20 as a truck farm.”

“It’s where you can grow anything you want. It’ll be your choice what you want to grow. I’m a cow man, myself.”

“That is very strange, you being in the Navy and all that water. Is there water on the ranch?”

“The coldest and deepest artesian wells west of the Mississippi.”

“It’s the granddaddy of all of America’s rivers. It’s thousands of miles long and miles wide.”

“Good question: it’s what I used to think but t,he longer I’ve been on the water the more I’ve come to learn that each body of water has its own unique personality. And of course there’s the weather, always changing. What surprised me was how utterly violent some of those squalls are; if you’re not ready you can find yourself in trouble really quick, which is why we have respect for the Officer of the Deck who avoids dark clouds.”

“Maybe not so strange, after all. The cowboy works from a hurricane deck (the saddle) and uses rope for a variety of uses, from rigging to lanyards and, out of necessity, a variety of knots, just as the sailor does.”

They sit on a log and the sailor sings “Old Man River.”  At the end of the song they stand and continue to stroll.

“The news is that America is a very dangerous country, isn’t that so?”

“That’s the sad truth, and our totally corrupt politicians make it so by ignoring what us citizens see every day.”

“How come your politicians are so corrupt?”

“Greed is wrong no matter where it raises its ugly head. People will turn their backs on their country in order to pad their stash; why, just look at the RINO Paul Ryan, the Speaker of the House from Wisconsin.”

“The land of hot Bratwurst, cold beer and fresh fish. Beautiful land. Yet another one of our states that is controlled by a couple of big cities and the heck with the rest of the people.”

The couple sits on the log and the lady sings  “O Mio Babbino Caro.”

“I’ll be having a hard time understanding your country, I fear.”

“Fear not, my lady, for I shall be your knight in shining armor.”

“Is that cowboy music?”

“No; it’s called New Orleans Dixieland Jazz. You see, for 300 years New Orleans was the biggest town in the whole territory, so of course it had the biggest influence on our music.”

“Is that where rock ‘n roll came from?”

The sailor and the lady walk up to stage front and dance as the band comes on back through playing “Just A Closer Walk With Thee” and exits stage left. The couple walk back to sit on the log.

“It’s the case of the corrupt politicians, again, pushing sub-standard public education and this is the result: the inability to decipher information correctly.”

“You peoples have religion on the brain. You ought to learn to move on.”

“I agree. Let’s go back to front of stage while we dance to the last song as the curtain is lowered.”

“As you say, my new husband. May I ask why you like this song, ‘SAYONARA,’ so much? It is a beautifully sad song, is it not?”

“Could be, I suppose, but I like to think of it as the feeling, unless I’m with the woman that I love.”

The couple dance to the song “Sayonara” as the curtain slowly lowers.

“Pastor Dunkin, that was really enjoyable, and I’d like to thank you and you parishioners for allowing myself and crew, along with our viewers, to be so pleasantly entertained by this musical interlude. Thank you. And so, dear viewers, our time has expired, so on behalf of the crew, I would like to wish you all a goodnight: Goodnight.

“Wow! That was fun. The good pastor invited us down to the basement where they’re having a dog and burger cookout: let’s go.”

A Skit at the First Baptist Church (RR) added on Wednesday, February 8, 2017